The Sinhala state occupying the country of Eezham Tamils will never observe any of the ‘reconciliation’ hoodwink it simulates to the outside world. This becomes explicitly evident with the Sri Lanka military re-occupying villages ‘declared’ for resettlement in the Valikaamam High Security Zone, to create an extensive and fenced militarized region along the northern coast of Jaffna, news sources in Jaffna exposed. Several traditional villages of Jaffna in the fertile red-soil belt will be lost forever in the creation of an extensive Sinhala military region in the most strategic and economically important part of the country of Eezham Tamils, and civil officials in Jaffna are gagged to open their mouths on the blatant grab that takes place after showcasing resettlement to the world, news sources further said. 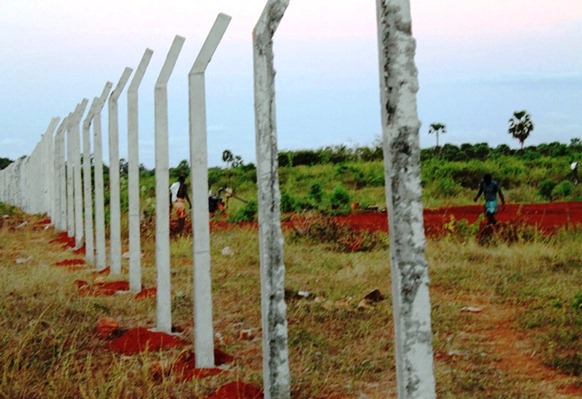 Resettlement will never take place in the Valikaamam HSZ, people are realizing now. Even the semblances of the resettlement activities are now silenced. In the last four months no resettlement has taken place.

It was not only the politicians and officials of occupying Colombo, but was also the diplomats of the international abetters of the genocidal state, who were showcasing the ‘rehabilitation’ of the IDPs in the HSZ, with a big noise until sometimes back.

But now the SLA is silently re-occupying the territory with permanent fences built to seal off the entire region.

From Achchuveali and Vazhalaay to Keerimalai– a large tract including Palaali, Kaangheasan-thu’rai (KKS), Mayiliddi North, Thaiyiddi North, parts of Maaviddapuram, Kurumpachiddi, Kuddiyappulam etc.– will make the new SL military enclave, and people will never be allowed in the region, Sinhala military officials told the people struggling to get back their lands and villages.

15 villages completely and 8 villages partially will make the Sinhala military region carved out in the north of Jaffna peninsula.

Thousands of occupying troops work day and night with an incredible speed in fencing the Sinhala military region.

The fences go through even the so-called resettled villages and horticultural lands, cutting them through and isolating them from one another.

The resettlement showcase took place only in some patches and even they are now either lost or cut through and are discouraged for use of people. As the resettled people in the pockets cannot communicate with one another they simply leave. 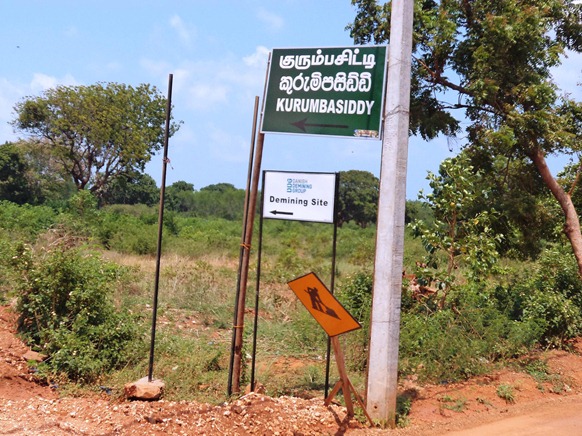 De-mining stopped in bordering villages of the HSZ

Only 30 per cent of the HSZ was earlier declared for resettlement and even that is now either re-occupied or made uninhabitable.

De-mining in the Valikaamam HSZ and in some other strategic parts of the peninsula has also been stopped, ostensibly citing financial constrains of the de-mining organisations, but actually to excuse from resettlement.

Organisations involved in de-mining are now reluctant in undertaking work in villages bordering the Valikaamam HSZ. Earlier, de-mining work has been stopped at Naakar-koayil and Vadamaraadchi East. 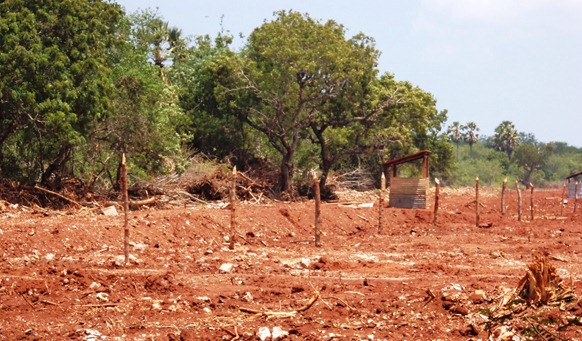 New areas demarcated for the High Security Zone. After more than two decades of SL military occupation, the once densely populated Tamil villages have now become a semi-forest region.

Even the Tamil politicians have become silent as they too have been ‘convinced’ by the masters of the ‘inevitability’ of the land grab for the need of the genocidal agent state and its imperial masters, new generation political circles in Jaffna said.

Mahinda Rajapaksa was on record for saying that he had fought India’s war. He may now try to show that even the militarisation of the North is for India’s benefit.

By giving Hambantota to China, Trincomalee to the USA and KKS to India, Rajapaksa regime and the Sinhala state is trying to achieve its historical obsession of the genocide and annihilation of the nation of Eezham Tamils, the political circles in Jaffna further said. 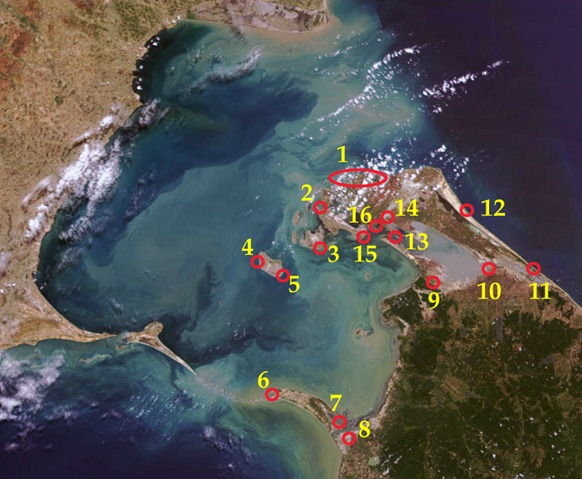 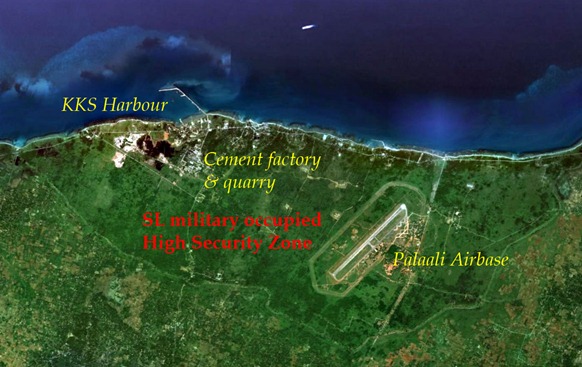 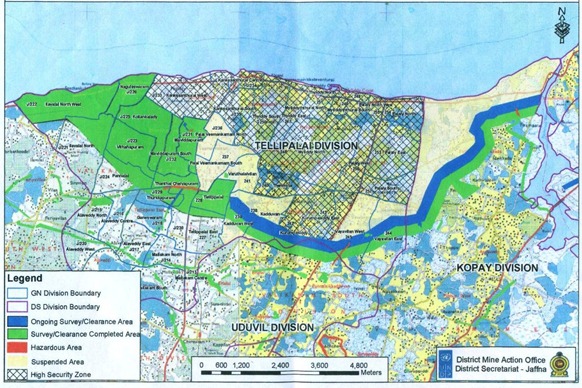