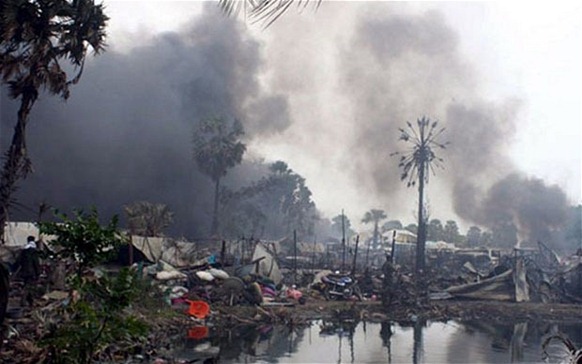 Sri Lanka’s Killing Fields: War Crimes Unpunished (Channel 4) was a follow-up to last year’s harrowing film about the end of the war against the Tamil Tigers — a film that came complete with footage of shelled hospitals and summary executions. Faced with the resulting global outrage, the Sri Lankan government promised a full inquiry. So, has it now admitted the truth?

The answer, you might not be startled to hear, is no. An official report has acknowledged for the first time that civilians died — but not that this was in any way the government’s fault. Last night, Jon Snow promised evidence both of more war crimes and of President Rajapaksa’s responsibility for them. In neither case did he break his word.

For a while, it felt as if the programme was proceeding almost too carefully. (At one point, a forensic pathologist was asked to study photographs of mutilated citizens so as to confirm that their injuries were “consistent with shelling”.) But the reason for such caution was soon clear. The original film had been denounced in Sri Lanka as a sloppy piece of reporting. Here, so little was left to chance that any similar objections will surely be impossible to sustain, although, as we saw when the Sri Lankan government was given the right to reply, that didn’t stop them trying.

Even so, anybody hoping for the triumph of natural justice was in for a disappointment. When we last saw President Rajapaksa, he was cheerfully greeting the Queen at last year’s Commonwealth Heads of Government Meeting in Australia.