“One of the rankest untruths in the public domain today is that the US resolution is innocuous and unobjectionable…” said Amb. Dayan Jayatilleka in his article THE BIG LIE ABOUT THE US RESOLUTION on 16th March 2012. It would be pertinent to question whether a bigger untruth in the public domain since 2009 is about the population in Vanni in 2009. Correct me if I’m wrong – but from my memory, Amb. Jayatilleke was a party to this lie, helped cover it up – and never offered an explanation even afterwards. 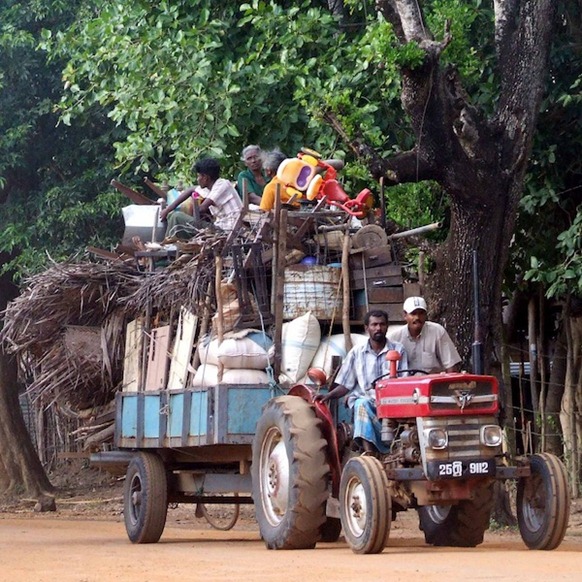 Now let us compare above with what is stated in Government’s version of events in last few months of the war – “Humanitarian Operation Factual Analysis” available here – see the numbers of people who had crossed over from LTTE controlled Vanni to Govt controlled areas:

And after this, it seems the estimated civilian population was 70,000 (para 201)

So if we are to believe the population was indeed 70,000 in February, how come around 182,000 people (the government report indicates more have come, but no clear figures available) crossed over from LTTE controlled Vanni to government controlled areas in April and May alone? Then let us look at some other figures about the Vanni population – available now publicly thanks to the LLRC (pending the official statistics from the census)

So what about the differences?

So what are lies and what are truths?

What are the implications of the lie(s)?

Why hasn’t any government official clarified?

Why LLRC didn’t pursue this when it had clear documentary evidence and oral testimony?

When there is doubt – or confusion about fate of 80,000 or even 146,000 Sri Lankan citizens – our brothers and sisters – is it not so important to clarify?

Or is there some explanation that has eluded me which makes all these add up as truths and no lies and hence no need to pursue or clarify?