(IANS) Amidst mounting pressure from ally DMK and other parties, Prime Minister Manmohan Singh on Monday said India was ‘inclined to’ vote in favour of a resolution on Sri Lanka at the UN which meets ‘our objectives’ with regard to the future of ethnic Tamils. 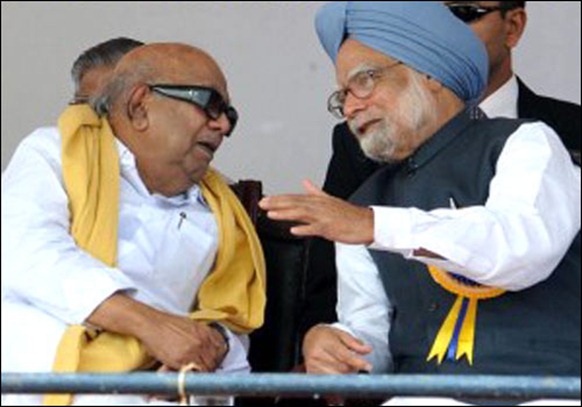 Responding to strong concerns of political parties, Singh told the Lok Sabha that India was yet to receive the final text of the draft resolution moved at the UN Human Rights Council.

"We are inclined to vote in favour of the resolution if the resolution will cover our objectives namely the achievement of a future for the Tamil community in Sri Lanka that is based on equality, dignity, justice and self respect," he said while replying to the debate on Motion of Thanks to the President for her address to the joint sitting of Parliament.

His statement which was received by thumping of desks including by DMK members assumes significance as the key ally has said it would discuss the issue including the option of withdrawing from the UPA over it at the party’s internal meeting tomorrow.

The Prime Minister said that Tamils in Sri Lanka have been accorded the highest priority by his government and it is in touch with the Sri Lankan government in this regard.

The Indian government has emphasised that there should be a ‘genuine process’ of reconciliation to address the grievances of the ethnic Tamils and implement the recommendations of a report of a high-level committee placed before Parliament, he said.

For lasting peace, India has asked Sri Lankan government to stand by its commitment, to broaden the dialogue with political parties, including with the Tamil National Alliance to achieve forward looking and meaningful devolution of power, Singh said.