A container allegedly deployed by the Sri Lanka Air Force (SLAF) to carry cluster bomblets has been recovered recently by the de-miners of the humanitarian de-mining agency Halo Trust near a house at Thiruvaiuyaa’ru, 3 km east of Ki’linochchi town, media sources told TamilNet on Wednesday providing a photo displaying the container placed at the office of the Halo Trust. The markings on the case have been masked by painting, allegedly by the SLAF before the bombardment, a practice observed following the exposure of SLAF deploying banned weapons in 2009. Despite the systematic destruction of crucial evidences of war-crimes and genocide in the occupied country of Eezham Tamils following May 2009 by the Sri Lankan military, humanitarian de-miners have obtained parts of cluster bombs that were heavily used by the Sri Lanka Air Force (SLAF) during the war, the sources further said. 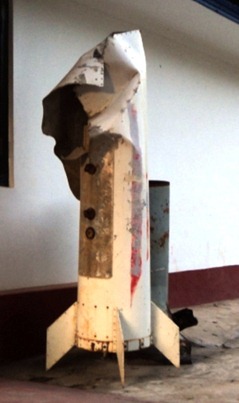 The de-mining agency has not allowed journalists or public to access the site where the evidence is preserved.

Despite several references made by civilians of cluster and chemical bombs (referred to by the survivors as “koththuk-ku’ndu” and “eri ku’ndu”) during their testimonies to the LLRC, an eyewash and time buying exercise set-up by the Colombo establishment, there was not a single word in its final report on the grave and systematic violation.

The main criticism by the Eezham Tamil civil society in the homeland and the Eezham Tamil grassroots in the Diaspora and in Tamil Nadu on the US-proposed draft resolution, currently tabled at the UN Human Rights Council, is that the flawed Lessons Learnt and Reconciliation Commission (LLRC) report issued in November 2011 should not be the basis for any international accountability mechanism.

During the war, TamilNet has brought out photographic evidences and eyewitness accounts of a number of cluster attacks from November 2008 onwards (See related stories below). TamilNet’s wartime correspondent in Vanni had witnessed systematic use of cluster bombs by the Sri Lanka Air Force (SLAF) and the Sri Lanka Army (SLA), which also fired shells that carried cluster munitions on civilian targets.

As the photos began appearing in TamilNet, the SLAF began to mask Russian alphabets on the containers by paint (See photos in the stories from January 2009).

The final report by the Permanent People’s Tribunal in Dublin in January 2010 had the following observations on the alleged use of cluster munitions by the SL military:

“The atrocities carried out by the military relate particularly to civilians, and there is evidence of cluster munitions being dropped by warplanes. Some witnesses reported that white phosphorous was used in violation of international law. Several witnesses had seen burn marks on wounded civilians. Others believed that indications of napalm were apparent, and evidence of other incendiary devices has been confirmed by doctors who had cared for hundreds of Tamil civilians wounded in this manner.”

The Dublin report concluded its chapter on “The Atrocities of the Last Weeks of the War” with the following paragraph: “The use of artillery and illegal weapons such as white phosphorus and cluster munitions places the government outside accepted international legal standards. It is not surprising that charges of atrocities, ethnic cleansing and indeed genocide have been levelled at Colombo. War crimes and crimes against humanity clearly appear to have been committed.”

The UNSG Expert Panel Report, which was finalised in March 2011, has registered the alleged use of cluster ammunitions in Vanni war with the following words in its paragraph 169:

“There are allegations that the SLA used cluster bomb munitions or white phosphorus or other chemical substances against civilians, particularly around PTK and in the second NFZ. Accounts refer to large explosions, followed by numerous smaller explosions consistent with the sound of a cluster bomb. Some wounds in the various hospitals are alleged to have been caused by cluster munitions or white phosphorus. The Government of denies the use of these weapons and, instead, accuses the LTTE of using white phosphorus”. 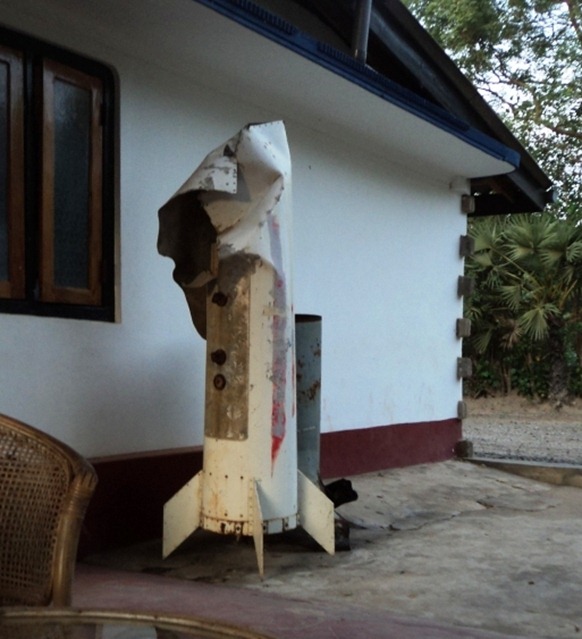