The 47-member United Nations Human Rights Council in Geneva adopted the resolution against Sri Lanka on alleged war crimes on Thursday with 24 countries voting in favour, 15 against and eight abstaining. India also voted in favour of the US-backed resolution.

The resolution urged Colombo to investigate alleged war crimes during the last stage of its military action against the Liberation Tigers of Tamil Eelam (LTTE).

The Ministry of External Affairs issued a press release explaining why India voted in favour of the UNHRC resolution.

India says the resolution should fully respect the sovereign rights of Sri Lanka. 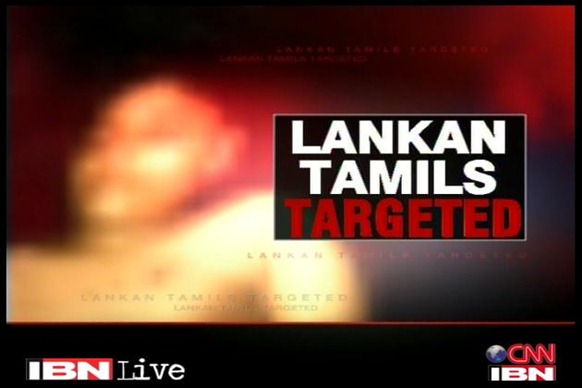 Below is the full text of the MEA press release

India believes that the primary responsibility for the promotion and protection of human rights lies with the States. Consequently resolutions of this nature should fully respect the sovereign rights of states and contribute to Sri Lanka’s own efforts in this regard.

2. India had welcomed the recommendations of Sri Lanka’s LLRC report. We believe that there is indeed a window of opportunity to forge a consensual way forward towards reconciliation through a political settlement respecting all the ethnic and religious groups inhabiting the nation. This is, in effect, what the Sri Lankan Government had committed to in this Council in 2009. We have noted the commencement of such a dialogue with several parties, including the Tamil National Alliance.

3. The LLRC report recognizes that a political solution is imperative and that the Government of Sri Lanka should provide the leadership to this political process. It further sets out several constructive recommendations including those pertaining to missing persons, detainees, disappearances and abductions, promotion of trilingual policy, reduction of high security zones, curbing activities of illegal armed groups, return of private lands and demilitarization and restoration of civilian administration. This Council has also been briefed by the Government of Sri Lanka in this session on the series of steps taken to implement the report and other measures. We welcome these steps. We are confident that implementation of the report will foster genuine reconciliation.

4. India has been involved in a substantial way in the rehabilitation and resettlement efforts, and the reconstruction process in Northern Sri Lanka. We are happy that our engagement in Sri Lanka in the areas of housing, de-mining, education, public health and connectivity have helped restore a degree of normalcy in the area.

5. In this context, we urge the Sri Lankan Government to take forward the process of broader dialogue and show concrete movement towards a meaningful devolution of powers, including the implementation of the 13th Amendment and beyond. We would also urge that Sri Lanka takes forward the measures for accountability and to promote human rights that it has committed to. It is these steps, more than anything we declare in this Council, which would bring about genuine reconciliation between all the communities of Sri Lanka, including the minority Tamil community.

6. While we subscribe to the broader message of this resolution and the objectives it promotes, we also underline that any assistance from the Office of the High Commissioner on Human Rights or visits of UN Special Procedures should be in consultation with and with the concurrence of the Sri Lankan Government. These are norms which all of us in the Council subscribe to. A democratic country like Sri Lanka has to be provided time and space to achieve the objectives of reconciliation and peace. In this Council we have the responsibility to ensure that our conclusions do contribute to this objective rather than hinder it.

7. In conclusion, as a neighbour with thousands of years of cordial relations with Lanka, with deep rooted spiritual and cultural ties, we cannot remain untouched by developments in that country. We have been bound also by a shared quest for freedom and dignity. We will continue to remain engaged with the Government of Sri Lanka to take forward the process of reconciliation to secure for all its citizens a future marked by equality, dignity, justice and self-respect.