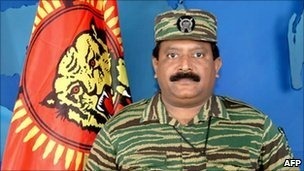 Whenever the Rajapaksa administration is in need, the Tiger emerges from the underworld into a brief but useful life.

According to the latest episode of this serial-reincarnation drama, more than 150 LTTE cadres, trained in three secret camps in Tamil Nadu, have entered Sri Lanka, in the guise of fishermen. They plan to destabilise the country by launching clandestine attacks. The tale of the undead-Tiger is crafted to fulfil multiple needs. It can be used to pinch Delhi, in revenge for Geneva, by depicting India as a terrorist-haven and the LTTE as an Indian pawn. It can be used to daub Tamil Nadu as a Tiger-hotbed and Tamil Nadu politicians as Tiger-lovers. Since the Tigers allegedly assumed the guise of fishermen, the tale enables Colombo to impose the anti-terror imprint on incidents involving the Lankan Navy and Tamil Nadu fishermen.

Thanks to the tale of the undead Tiger, Colombo can avoid asking hard questions about its own conduct, post-Geneva. Why grapple with the complex relationship between the Indian volte-face and Sri Lanka’s unresolved ethnic question, its Sinhala supremacist peace or the vagaries of Tamil Nadu politics and public sentiment? It is much easier to imply that Delhi supported the Resolution because, deep down, India is still pro-LTTE and still harbouring Tigers.

The Tiger-bogey can help the regime ignore the momentous US decision to place a $10 million bounty on Hafiz Muhammad Saeed, co-founder of Lakshar-e-Taiba and the alleged mastermind of the Mumbai attack. Mr. Saeed is reportedly very close the Pakistani defence establishment and publicly committed to a greater-Pakistan which includes all of India. The US bounty is believed by some to be an advance political payment for a new supply route to Afghanistan via India. It is certainly a measure of the importance the US attaches to India; and perhaps an indication that the Cold War era special relationship between America and Pakistan will be replaced with a new strategic partnership between Delhi and Washington aimed at containing Beijing. Sri Lanka needs to be aware of this fluid political-landscape, and its implications, particularly given our intimacy with Pakistan and China (not to mention Indian allegations about LeT footprints in Colombo). But why bother with such troublesome issues, when we have the perennial Tiger to scream about?  If Tigers are roaming around, armed and dangerous, the regime is justified in focusing on ‘security’ at the cost of everything else, including popular wellbeing. ‘Tiger, Tiger’ is an extremely efficacious way of diverting Southern attention from rice-and-curry issues. Since the IMF granted only half of the final tranche of its loan to Sri Lanka, more tax hikes and subsidy cuts will have to be implemented, in the coming months, for Colombo to become qualified to receive the remaining $400 million. The Tiger-scare can be used to reconcile the masses to the resultant price increases and exacerbation of economic woes; and to prevent them from questioning the financial wisdom of maintaining defence costs at stratospheric levels, post-war?

A South consumed by Tiger-phobia is unlikely to be concerned about the creation of a state within a state, an entity which is shrouded in darkness, operates above the law and is controlled by the Ruling Family. Indeed many rights violations and democratic absences can be justified using the need to battle the resurrected Tiger.

The Tiger threat was the premise on which the axiomatic relationship between the Rajapaksas and the Sinhala South was created. Saving the nation was the justification for Familial Rule. Though the South will ever be grateful to the Rajapaksas for defeating the LTTE, this gratitude may not always be expressed in the form of political and electoral support. But if the Tiger is being kept alive by a perfidious India, the South might see a need to keep the Rajapaksas at the top, despite innumerable malfeasances.

Tyranny has its own irrational logic. It is premised on ensuring the wellbeing of the tyrant and the longevity of his rule, at whatever cost. This cyclopean perspective makes possible, even inevitable, deeds which would seem suicidally irrational in a more balanced system.

It was this irrational logic which made Vellupillai Pirapaharan forego/sabotage every opportunity to win a just peace for the Tamils at the negotiating table and push the debilitated Tamil nation into war after destructive war. Mr. Pirapaharan not only wanted a de jure Eelam; he also wanted to win it on the battlefield, so that his name could be joined in the Tamil annals with the great South Indian empire-builders. The Tiger leader, who turned himself into the secular presiding-god of an organisation every bit as ruthlessly fanatical and mindlessly obedient as any religious entity, had a voracious appetite not just for power, conquests, fame and accolades but also for historical recognition. Eventually, the path carved by that extreme vision led him to an ignominious death and his denuded people into humiliating captivity.

Such self-devastating mistakes are not unique to the LTTE.

Accolades such as Surya Devan and High King come with considerable politico-psychological baggage; they indicate a desire for omnipotence and a belief in infallibility. The Rajapaksa project of Dynastic Rule is as non-negotiable as the Pirapaharan project of Tiger Eelam. The Siblings will never implement any measure which will limit their powers, or reduce their capacity for arbitrariness, abuse and impunity. Asking the Rajapaksas to implement the LLRC recommendations is like asking an ogre to cut off a couple of his own fingers. After all, the LLRC was set up not to learn lessons or promote reconciliation but to offset the UN Secretary General’s Expert Panel. It was just a time-buying exercise, like the IIGEP or the All Party conclaves. Incidentally, since a political solution to the ethnic problem will strengthen democracy by reducing some of the excessive powers of the Rajapaksas, that too is out.

Mahinda Rajapaksa is no Bonapartist balancing antithetical extremes. Extremism and irrationality are fundaments of Rajapaksa rule and emanate from the very top. President Rajapaksa’s statement about Lanka’s 2,500 year old fidelity to human rights reveals the anti-modern nature of his political vision. At best, this vision entails an absolute monarch who uses his powers for the common good of his subjects. Since democratic citizenship is alien to this vision, not just the minorities but also the Sinhalese will be denied inalienable rights.

Last month the Mahanayake of the Asgiriya Chapter publicly opposed a plan to hold night races in Kandy, calling it a ‘ridiculous idea’ and ‘totally inappropriate”. But the races went ahead. In the clash between the whim of a Rajapaksa and the expressed opinion of a senior-most prelate, the Rajapaksa won hands down. Rajapaksa supremacism handily trounced Sinhala-Buddhist supremacism. In Rajapaksa Sri Lanka only the Family has inalienable rights; the rest of us count for nothing. From Mahanayakes and ministers down, we are the disempowered subjects. So the Rajapaksas need fairy tales, especially the tale of the Eternal Tiger…