Now, it’s called a dangerous strategy, but look who is angling to ride to power on the politics of so called Tamil grievances? Well, well – it looks like it’s the entire Sri Lankan opposition. The very week that the shadowy leader-apparent of the new JVP offshoot Kumar Gunaratnam is said to have either been abducted or arrested – the news was still unclear at the time of going to press – there is a brewing controversy in the UNP on the location of the party’s 2012 May Day rally.

The party’s leadership has apparently chosen Jaffna —- and that is in the wake of the pact that was hatched between the Tamil National Alliance and the UNP to form a loose alliance to oust the government.

Playing politics in the North 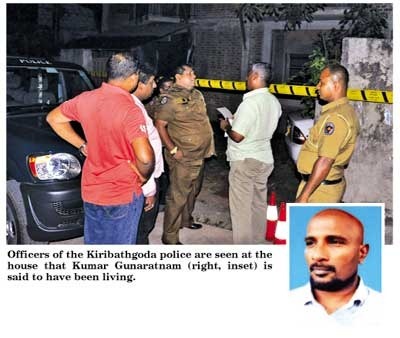 As for Gunaratnam, it is clear that his offshoot JVP actively got involved in Tamil dissident politics in the formerly war torn North, which seemed to have aroused the ire of the authorities, as the North, considered territory liberated with great difficulty from the clutches of the LTTE being made slim pickings by southern ‘political opportunists’ is frowned upon intensely by those in power…

This may be understandable, but the North as the new theatre of political warfare between the government and Sri Lankan dissident parties seems to be an exploitative tendency — the international interest in the Sri Lankan Tamil minority, what with the Geneva UNHRC resolution, etc., seems to have attracted the Southern politicians who see minority politics as their only salvation, when all else has failed in terms of fashioning a credible opposition against the government.

Sajith Premasdasa seems to be the only leadership figure in the UNP who eschews this apparently exploitative tendency and theorizes that the UNP, already branded a traitor party among the core Sinhala constituency, cannot go further down the road where it is seen to be pro Tamil, pro diaspora – and therefore in its element – an anti-Sinhala party.

But UNP leader Ranil Wickremesinghe is firmly of the other view that holding the May Day rally in Jaffna and exploiting what he sees as a wave of anti government agitation by peripheral Tamil politicians, is the way forward for the UNP.

How the government manages to tide over each separate assault on its image due to sudden cost of living hikes, meanwhile, is a mystery. Bandula Gunawardene, Education Minister himself, according to the government at least, got away — or rather acquitted himself very well in the debate on ‘the 7,500 for a family of three’ issue in a debate with the UNP’s Ravi Karunanayake.

It is true that the minister rattled off bills and invoices from school and university canteens to substantiate his thesis, but the fact that mass production is different and the cost of fuel or electricity for cooking has to be factored in, in a household, did not seem to occur to him.

No doubt in the village setting there are people who survive on 7,500 per three people — or less — but that’s where lifestyles are different, perhaps there is firewood in abundance, and there is a certain degree of home cultivation too.

But the town-wallah to a great extent is miffed that the government jacked up the taxes on vehicles last week. The unkindest cut, says the opposition, is the tax hike on motorbikes and three wheelers which is ‘essentially a hit on the small man’. But for a government that essentially depended on the rural vote rather than the urban ‘three-wheeler vote’ this may be a non factor.