The adoption of the US-sponsored resolution on the alleged human rights violations in Sri Lanka at the United Nations Human Rights Council reflects the success of the diplomatic approach adopted by India, said Union Home Minister P.Chidambaram here on Saturday.

“It was a complex issue. We needed a resolution acceptable to all. One wrong step would have resulted in India ending up in a minority,” Mr.Chidambaram said.

He was addressing a Mupperum Vizha public meeting organised by the TNCC here to welcome the opening of the Kudankulam Nuclear Power Project, the passing of the US-sponsored resolution at the UNHRC, and to explain the Union Budget. Tracing the events that led to India deciding to support the resolution on Sri Lanka at the UNHRC, Mr.Chidambaram said since it was an issue involving a sovereign nation, India had to move carefully step by step. 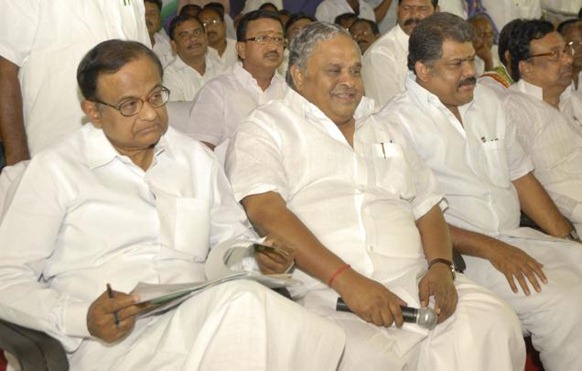 The Prime Minister’s statement that the country was inclined to support the resolution was intended to send a signal not only to the people here but also to Sri Lanka and other members of the council. “Foreign policy is all about diplomatic strategy. Ultimately, we could have a resolution that we wanted,” he said adding that efforts would continue to enlist the support of some of the neighbouring countries to India’s stand on the issue.

On the Kudankulam issue, Mr.Chidambaram said the decision to commission the plant was final and nobody could change it. As a democratic country, we have heard the voices of dissent, but agitations and debates cannot go on endlessly. Based on the reports of the expert committees, the Centre and the State government have decided to commission the plant. Though 2011-12 was a difficult year, the Centre has come out with a budget which seeks to achieve a growth rate of 7.6 per cent during the current financial year.

Year by year, the Centre was increasing the allocation for the States and all states are treated equally. Union Minister for Shipping G.K.Vasan said the Congress was second to none in fighting for the rights of Tamils.

On the Sri Lankan issue, the State Congress stood for justice. The TNCC president and MPs met the Prime Minister to convey the sentiments of the people and the adoption of the UNHRC resolution was a victory to the party. The Union Budget, he said, was an ‘aam aadmi’ (common man) budget which reflected the aspirations of all sections. Allocations have been substantially increased for agriculture, education, health, and infrastructure sector. The Congress was responsible for India’s progress from being an underdeveloped country to a developing nation and now an emerging power competing with superpowers. TNCC president B.S.Gnanadesikan said the TNCC was the first organisation in the country to demand that India support the resolution on human rights violations in Sri Lankan at the UNHRC. Referring to a demand for imposing economic sanctions on Sri Lanka, Mr.Gnanadesikan said such a move would only affect the Tamils in the island nation.