Music industry reports say Maya Arulpragasam (popularly known as MIA), the Jaffna born music phenom, has written the theme music for the new talk show hosted by Julian Assange, the Wikileaks founder to debut on Tuesday on the Russian network. "Mr. Assange has taped 12 episodes of the show, “The World Tomorrow,” according to the statement, with “an eclectic range of guests, who are stamping their mark on the future: politicians, revolutionaries, intellectuals, artists and visionaries,” according to the press release posted in the Wikileaks website. 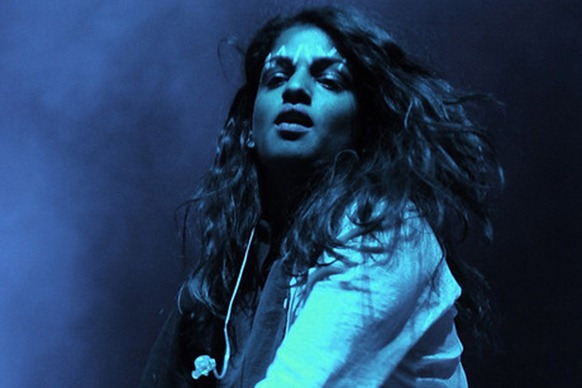 Spokesman for Wikileaks, Kristinn Hrafnsson, says M.I.A. met with Assange in London, where he has been under house arrest for more than a year.

"The world’s last five years have been marked by an unrelenting series of economic crises and political upheavals. But they have also given rise to the eruption of revolutionary ferment in the Middle East and to the emergence of new protest movements in the Euro-American world. In Julian’s words, the aim of the show is “to capture and present some of this revolutionary spirit to a global audience. My own work with WikiLeaks hasn’t exactly made my life easier”, says Assange, “but it has given us a platform to broadcast world-shifting ideas,” the Wikileaks website further said.

MIA, an Oscar and Grammy award nominee, is well known for her support to Tamils affected by Sri Lanka’s civil war.