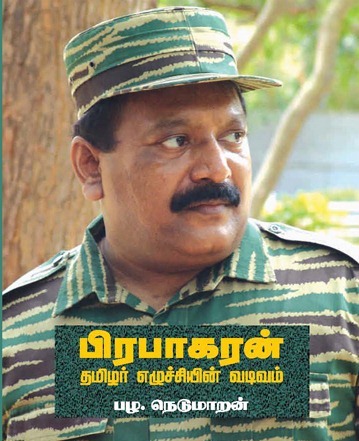 The much anticipated ‘Pirapaharan – Tamizhar Ezhuchchiyin Vadivam’ (Pirapaharan – The Embodiment of Tamils’ Struggle) written by veteran Tamil Nadu political activist Pazha Nedumaran was released in Chennai on Friday at PT Thiyagaraja Hall. Published by Tamizhk-kulam Pathippaalayam, this book, of 1223 pages and illustrated with 32 pages of photographs some of which are hitherto unpublished, contains handwritten letters of Mr. Pirapaharan and includes important personal conversations with the author, that throw light on the deep philosophy of the LTTE leader. Along with CPI stalwart Mahendran’s book ‘Veezhveanen’ru ninaiththaayoa’, this book written by a long time supporter of the Eezham Tamils’ struggle will join the series of must-read literature written by Tamil Nadu activists on the struggle for Tamil Eelam, for Tamils everywhere, Tamil literary circles in Chennai said. 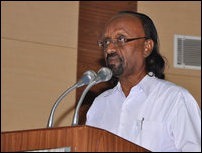 Amidst a packed hall, the book release was attended by Vaiko, Kolathur Mani, Poet Kasi Anandan, CPI leader Nallakannu, Maniyarasan and others, along with the author.

Speaking at the meeting, Mr. Nedumaran hoped that ‘Pirapaharan’ would generate awareness among the Tamils living world over of the aspects of the struggle in the past, especially to youth.

Vaiko said that whether the Tamils will take up armed struggle again or not in the future will be decided by the world, and this book will be a guide towards it.

Nedumaran’s book moves in a chronological fashion, covering important incidents, political developments in the island and India, military manoeuvres of the Tigers, an idea of their political outlook, during the over 30 years of armed struggle, and stopping before 2009, roughly around the period of Brig. Balraj’s death. Providing important background information to the crucial periods of the 80’s and the 90’s when the Eezham Tamil struggle was at its greatest momentum, the author also provides insights into the functioning of Pirapaharan’s LTTE.

Delving into the changes and continuities in India’s foreign policy towards Sri Lanka and the Eezham Tamils, Nedumaran throws light on dynamics of Indian and Tamil Nadu politics that affected these. Details of what happened behind the scenes between the Indian government and the LTTE are discussed, from the initial ‘friendly’ period to the point when India did a complete U-turn.

Likewise, referring to books written by Indian bureaucrats involved in the island’s affairs and army commanders who participated in the IPKF fiasco, the author both analyses India’s policy shifts and provides evidence for his arguments.

The popular Eezham Tamil poet Kasi Anandan writes in his preface to ‘Pirapaharan’ that “Without being a mere eulogy to a leader, this book is a powerful piece of art that gives a solid shape to Pirapaharan’s ideology and goals.” 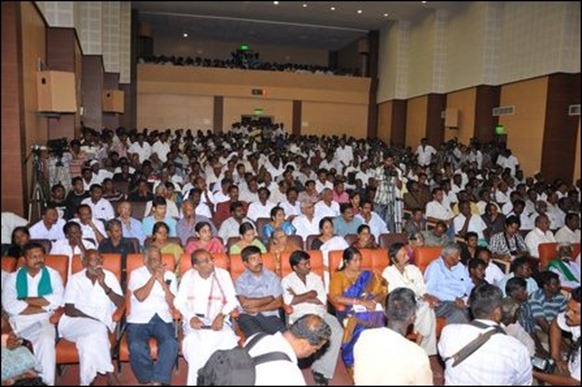