In a piece published on Groundviews on 29 April, Ms. Chandrika Bandaranaike Kumaratunge (CBK) makes many pertinent observations on religion and society in South Asia. Underlying all her arguments however, is a certain reading of secularism that warrants contestation, which is the aim of this piece.

Every time we fail to articulate the specificities and diversities in the history of secularism and allied Constitutional practices, and use ‘western’ in an unqualified and uncritical manner to mark it, as CBK does, we not only err factually but also succumb to the binaries of either an exclusivist or inclusivist approach to religion. Contrary to what CBK implies there is no ‘western’ idea of secularism in the sense of a single coherent approach to the separation of religion and state. 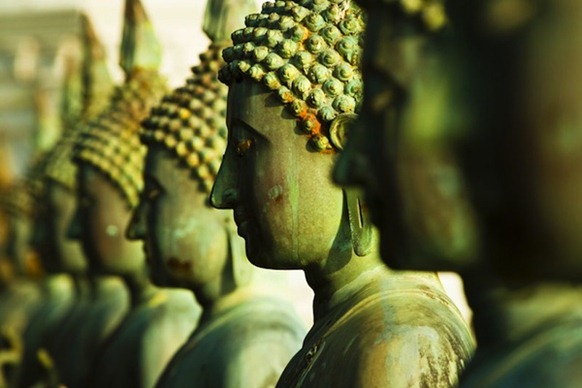 As Charles Taylor points out, the two paradigmatic cases of secularism in the West, that of France and the USA have very different historical trajectories and characteristics. In the former, the origins of laïcité, commonly used as analogous to secularism, lies in the opposition of the Republican left to the right-wing aristocratic classes with whom the Catholic Church was seen to be allied. The legacy of the Revolution, which continues to hold significant sway in France today, was thus to ensure that the Church and religious authorities remained under the control of a Republican state. This lead to what is referred to as a case of one-sided exclusion i.e. the state may and does intervene in religious affairs of communities when Republican values maybe infringed but religious institutions or religious affairs can exercise no such hold on civic Republicanism. In the USA, on the other hand, the idea, to begin with, was less a separation of church and state and more about ensuring that no single Protestant denomination gained control of the hard won new political entity. This would later on develop, as religious diversity deepened, into a more broader demarcation that is often termed as a case of mutual exclusion i.e. the state does not interfere in anyway in religious institutions or affairs and vice versa. At the same time, careful scrutiny can reveal what appear to be contradictions or tensions in the practices of both states.

The key point is that political goals of the secular project have not always been the same and have certainly never been limited to the classic religion-state separation even in the west. This is further underlined by the diversity of practices on the question of separation of church and state in other western states. In the United Kingdom, the Constitutional Head of State, Her Majesty The Queen (at the moment) is also designated the ‘Defender of the Faith’ and the ‘Supreme Governor of the Church of England’; Archbishops and bishops are appointed by The Queen on the advice of the Prime Minister; and, the ‘Lords Spiritual’ (consisting of the Archbishops of Canterbury and York and 24 diocesan bishops) sit in the House of Lords. Even Parish priests take an oath of allegiance to The Queen. Yet, despite the institutional alignment of the political authority, the Monarchy and the Church of England at this level, the UK has a secular Constitutional doctrine. Similar diversities are also evident in the political, institutional and Constitutional doctrines of other Western states such as Switzerland and Italy, for example. Western secularism, including the state-religion relationship, is therefore actually rather diverse in its history, institutional form and arrangement.

Secularism as a Constitutional doctrine, in the context of rights, can be understood as the attempt to protect diversity of thought and belief by removing itself from overt allegiance to any particular religious conviction. [1] India’s Constitutional doctrine interprets secularism as including “the responsibility to ensure the protection and equality of all religions and provide for regulation and reform.”[2] Rather than strict separation as such, let alone the disestablishment of religion, the Constitutional doctrine lays down a series of duties on the state ranging from ensuring freedom of conscience to non-discrimination (including but not only on grounds of religion) to regulation of religious bodies and legislative reform.[3]

Secularism is an evolving and dynamic concept, in Europe as much as in South Asia, and elsewhere for that matter. For example, over 2010-2011 the Grand Chamber of the European Court of Human Rights witnessed the most intense debate on the meaning and nature of secularism in the context of the Lautsi case—pertaining to the display of the Crucifix in public school classrooms in Italy—in which several states and non-state actors intervened.

In fact, positions on the place of religion in the public sphere can no longer be neatly divided into exclusivist and inclusivist. Some have argued that more ‘open forms’ of secularism tend towards “protection of freedom of conscience and religion and a more flexible conception of State neutrality” as contrasted with more rigid forms of secularism.[4] However, as Abdullahi An-Na’im has argued, while its forms are inherently historical and contextual, secularism is, in fact, a pre-condition for the full exercise by all of their freedom of religion and beliefs.[5]

The challenge then for political secularism, as Rajeev Bhargava argues, is to conceive of the terms under which the state engages and interferes in religious affairs “depending on which of the two [interference or non-interference] better promotes religious liberty and equality of citizenship. If this is so the state may not be able to relate to every religion in exactly the same way, intervene to the same degree or in the same manner. All it must ensure is that the inclusion or exclusion of religion into politics be guided by non-sectarian principles consistent with a set of values constitutive of a life of equal dignity for all.”[6]

What does this mean?

To begin with, acknowledge the difference between religious communities and between religious and non-religious communities; look beyond liberal individualism and adopt an attitude of critical respect (as opposed to hostility or passive respect) towards religion. Moreover, under certain conditions, certain communities may be granted “immunities, privileges and guarantees”[7], which however cannot undermine equality of citizenship.

Viewed in this light, the problem in South Asia is the lack of such a principled engagement by the state, especially by its political leaders, with religion and in religious affairs, with serious adverse repercussions but short-term political gain. The recent events in Dambulla and the Sri Lankan Government’s willing capitulation to the Sinhala-Buddhist communal forces is only the latest step in a journey that gained great impetus when SWRD courted the same forces to help him come to power in the 1950s, uncorking a genie that went on to eventually claim his life.

Speaking about secularism only in terms of separation rather than a principled engagement between religion and politics/state is less messy but unreal and alienating.  It is also dangerous because it can provide a liberal cloak for the most illiberal practices, of which there are many examples in South Asia, including in Sri Lanka.

As Taylor reminds us, the case of secularism and religion is a classic case of an internal dyad becoming an external dyad—when one cannot be used without at least an implied reference to the other, independent of context—and hence its polemical character. Ultimately, in a plural polity the question of secularism is connected to the question of justice rather than just the question of religion alone or its separation from the state. In addition to freedom of conscience and expression, justice in a plural context demands both inter and intra-group equality through appropriate social recognition, economic redistribution and political participation, the lack of which are in plain evidence not just in Sri Lanka but across South Asia.