Update: The government of India has said that the Sri Lankan Air Force personnel in Tambaram are being sent back.

This seems to be the unenviable situation of the UPA government in its relationship with Sri Lanka.

Tamil Nadu doesn’t want India to be friendly with a country that has allegedly killed tens of thousands of its own people. Its rancor is justified — politically, emotionally and racially. But then, when Colombo serenades with China and Pakistan, New Delhi develops cold feet and starts cheating itself and Tamil Nadu.

It tells Tamil Nadu one story and Sri Lanka another. Sri Lanka pooh-poohs Tamil Nadu and says that it doesn’t care for what a province in India says when it has a solid relationship with the country as a whole.

The rest of the country doesn’t seem to care, with Indian companies fully bankrolling the island’s IPL-clone and selling their products in the country; and our Bollywood and fashion models adding their glamour to the country’s high society and popular culture.

The latest outcry by Tamil Nadu chief minister J Jayalalithaa and other leaders in the state against the reported training of some Sri Lankan air force officers at Tambaram near Chennai has to be seen in this backdrop.

Besides the ruling AIADMK, the principal opposition party, DMDK led by actor-politician Vijayakanth, and Vaiko’s MDMK have also protested against the reported training. DMDK and MDMK have organised a protest march in front of the Indian Air Force unit in Thambaram.

“At the time when there are voices demanding equal status for Tamils in Sri Lanka, reports about Sri Lankan air force personnel receiving training at the Tambaram air force station have come as a shock to Tamil people. I strongly condemn this,” Jayalalithaa said.

“It’s an insult to Tamil people,” she said. 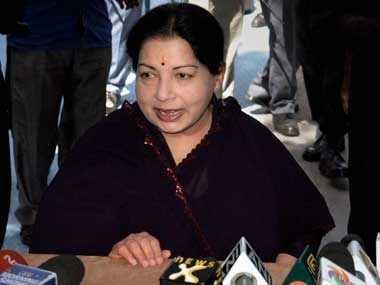 She also slammed the centre for being silent on a resolution passed by her government calling for economic blockade till the Tamils are given equal status.

The Tamil parties are indignant because the centre has not been transparent with the state in its dealing with Colombo.

This virtuous game has been going on far too long ever since Rajiv Gandhi’s assassination. While the international community has been quite discerning in its approach towards LTTE-terror and the alleged human rights violations of the Rajapakse regime, India’s stand has been equivocal.

It did take a stand against the LTTE, but when it came to the alleged atrocities against the Tamil population, including their large-scale killing, by the Sri Lankan government, the centre couldn’t even register a whimper of a protest. The compulsions of geopolitics muted its voice that Tamil Nadu tried to amplify.

In contrast, Jayalalithaa has been consistently tough on LTTE, but she was equally unsparing when it came to Colombo’s anti-Tamil human rights record.

Tamil Nadu has several reasons to be indignant. First, the UPA government failed in at least halting the last stage of the war that could have avoided the killing and suffering of thousands of Tamil civilians. According to UN estimates, about 40,000 people were killed and 290,000 were displaced in the final phase of the Sri Lankan war.

Although there was intense political pressure on the Centre from Tamil Nadu, the state was given promises of tough talk, while Colombo maintained that New Delhi was aware of the developments. Reportedly, India also provided strategic support that helped Colombo clinch victory. In fact, the international community was much more direct, vocal and assertive than India.

India’s stand on the rehabilitation of Tamil refugees trapped in camps for long periods of time and the UN Human Rights Council, despite its voting against the island nation, as well as its efforts to get the 13th amendment implemented for the devolution of powers also are seen with suspicion in Tamil Nadu.

Post war, while the country failed to hold Sri Lanka accountable on the refugee, human rights and devolution of power issues; despite massive bilateral assistance in reconstruction, revitalisation of industries in the war ravaged areas, railway lines and oil terminals among others; at the UNHRC, India had reportedly watered down the resolution to placate Sri Lanka.

Unfortunately in India, Tamil Nadu is the lone voice of protest on the Sri Lankan Tamil issue. And the state routinely gets scoffed at by Sri Lankan politicians and proxies. In the recent past, the high commissioner of the country in India even cast aspersions on some Tamil MPs for their support to the Tamil cause and some sections of the media on Friday quoted the Sri Lankan establishment dismissing the voices from the state.

Yet again, the DMK, which is set to convene an Ealam conclave in support of the Sri Lankan Tamil cause next month, has not been as vocal as AIADMK, MDMK or DMDK on the training of the Sri Lankan air force personnel.

It has perhaps over-used its withdrawal threats, and finds it safer to stick to the Ealam fantasy than playing with its only political lifeline in Delhi.