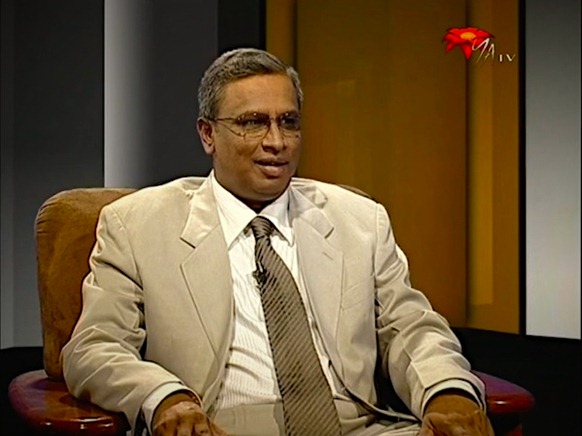 The mirror-like symmetries of dogmatic Sinhala and Tamil nationalism are occasionally remarked upon but not often pinned down. It is these interactive symmetries that constitute the amalgam which has hardened into the deadlock in the process of ethno-political reconciliation in post war Sri Lanka.

The core issue is that of political autonomy and power-sharing, on which the most moderate and well-mannered representatives of Tamil and Sinhala nationalism, Messrs. Sumanthiran and Udaya Gammanpila share a Manichean view. In the mindset of each, there exist only two alternatives this side of secession: the unitary and federal models. The two parliamentarians disagree only on the normative values they attach to each model. For the Sinhala nationalist, unitary equals good and federal equals bad, while for the Tamil nationalist, unitary is bad and federal is good. Neither accepts that a model may be good, acceptable or unavoidable at certain times and in certain places. Neither recognises that the best should not be the enemy of the good, while the good should not be the enemy of the feasible. Neither recognises that a reformist Third Way is the only way forward for Sri Lanka: that of centripetal devolution within a unitary state.

Moderate in their personal and political conduct, the discourse of this pair of Sinhala and Tamil parliamentary nationalist ideologues cannot be described as rational, realist or centrist. While their religious inspirations differ of course, a religious fundamentalist evangelism seems to underlie the worldview and inform the political discourses of both. Ironically, that is yet another commonality.

The affable TNA parliamentarian Mr MA Sumanthiran’s interview on YA-TV must be taken together with the essay he authored, definitively entitled ‘Self Determination: Myth and Reality’ in the Sunday Edition of Ceylon Today (July 29, 2012, p 9). Both article and interview bring into sharp relief the central dilemma of post-war nation-building and state-building, be it from above or below, by state and civil society, by this or any other administration.

That dilemma has long been understood as follows: the maximum autonomous political space the overwhelming majority on this island in a historically adversarial immediate neighbourhood feels safe to concede its strategically critical and vulnerable periphery, falls short of the minimum that the majority of the minority feels safe to accept.

This may be re-stated thus: the minimum degree of centripetal safety by means of a strong state with a single centre (unitary) that the ethnic majority in the island’s Southern two-thirds requires in the face of a historically and contemporaneously hostile mass across a narrow strip of water, falls short of the minimum degree of safety and dignity through guaranteed autonomous political space (federal) that the ethnic minority in the Northern area insists upon. This dilemma is rendered more complex by the fact that both sides are uncommitted to/ ambivalent about the existing attempt (of external provenance) at a constitutional bridging formula (13A).

Somewhere in the first half of his essay Mr Sumanthiran defines ‘internal self-determination’: “It is important to note that a people can, in the exercise of their right to self-determination decide to remain within a pre-existing state but choose the degree of autonomous self government within the framework of a sovereign state. This is known as internal self- determination.”

So, internal self-determination, in this definition, is not really internal in the sense that it has firm parametric constraints – guardrails, banisters or firewalls–that keep it confined and committed to the internal. In Tamil nationalism’s definition the ‘internal’ character of self determination is purely volitional and utterly elastic: “a people can, in the exercise of their right to self-determination decide to remain within a pre-existing state”. Note: ‘can’, not ‘shall’. They can, but are not obliged to and may not. Or they can today, but may choose not to, tomorrow. What’s ‘internal’ about that?

Furthermore, the definition of internal is the decision of the relevant collective and has no larger or less subjective constitutional or legal constraint, because “the people can…choose the degree of autonomous self-government within the framework of a sovereign state”. Which ‘people’ is he talking about? Going by his definition, the ‘people’ that does the choosing is by no means the entire citizenry of a state, a country. It is that ‘people’ which perceives itself as a people or a nation bearing the right of self determination. It is entirely self-referential. Thus, quite irrespective of the basic law or the adjudication of the highest courts or the democratically ascertained wishes of the country’s citizenry as a whole, any segment of a country’s citizenry which perceives and declares itself as a ‘people’ have the right to “choose the degree of autonomous self government within the framework of a sovereign state”. Most dangerously, the need for legitimacy based upon the consent of the majority of the citizenry is peremptorily obviated. This, according to the moderate Mr Sumanthiran, “is known as internal self-determination”.

Much more important is the bottom-line of the moderate TNA’s most moderate ideologue. Here is the concluding paragraph of Mr Sumanthiran’s article:

Where Tamil nationalism in the form of the TNA or any other party may go with federalism, is clearly discernible in yet another statement in Mr Sumanthiran’s essay: “The claim of the Tamils to self-determination is also based on the fact that prior to colonization they were a nation, exercising sovereignty over a defined and separate territory. Consequently, they claim that the right to independence from colonial rule was a separate right that vested with the Tamil People.”

Mr. Sumanthiran must tell us why the historically fuzzy and contested pre-colonial situation (pre-Portuguese, Dutch or British?) is of greater significance than the more transparent reality (examined exhaustively by the Soulbury Commissioners) that prevailed at the moment of de-colonization and independence, following centuries of social evolution.

The grievance that this leading moderate ideologue of Tamil nationalism has is not the specific form and accessories –the ideological software –of Sri Lanka’s unitary state. It is not the insufficiency of devolution within a unitary model but the very model and mainframe of the unitary state itself. Tamil nationalism is not fighting merely for reforms (13 A or 13 Plus) which would make for the full implementation of the Constitution or enhanced devolution within the unitary frame. It is committed to change that would require a two-thirds majority at a plebiscite –though the Tamil representatives see no such need for the democratic consent of the country’s citizens, only by those of a sub-unit (a single ethnicity in a single province or a non-contiguous area of two provinces).

Even if Sri Lanka were to adopt the unitary French Constitution with its philosophy of secularism and equal republican citizenship, or the Philippine model of a unitary state with regional autonomy, the Tamil nationalists would regard it as denying internal self determination because it remained unitary not federal, and would find it justifiable to exercise external self-determination i.e. unilateral secession, at a time of their choosing. In the gospel according to Sumanthiran, the unitary state is damned. This is political and ideological fundamentalism.

Mr Sumanthiran most zealously thumps a judgment by the Canadian Supreme Court with regard to Quebec. Recalling as some of us do the imposition of the draconian War Powers Act when a few dozen Quebecois secessionists resorted to terrorism and kidnapping, one cannot help speculate on whether the court’s discourse on internal self determination of Quebec would have been quite so generously liberal had Canada been a little island separated by a strip of water from a very much vaster France, rather than a huge landmass on a different continent safely across the Atlantic ocean.