“As a member of the Eastern Muslim community, I am ashamed and take this opportunity to condemn the deceitful actions of the SLMC,” says Dr. Mohamed Ismail Zulfika, responding to the politics of Sri Lanka Muslim Congress (SLMC) that has joined the Rajapaksa government in forming the Eastern Provincial Council administration after getting the Muslim votes by campaigning against the government. This is betrayal of trust of the Muslim voters and even if projected as means of ‘bargaining politics’ it will affect the long-term goals of the war-torn society of the North and East, Zulfika who is now in the diaspora further said in a feature received by TamilNet. Meanwhile, Professor M.A. Nuhman and Dr. M.S.M. Jalaldeen, two prominent Muslim academics from the East, serving universities in the island, have also come out with similar views.

Speaking to Jaffna-based Uthayan daily a few days ago, Dr. Nuhman, Senior Professor or Peradeniya University, criticized the ‘bargaining’ politics of the SLMC and said that its modus operandi only shows the absence of any policy in the party, caring people’s interest or regional interest.

Dr. Jalaldeen, Senior Lecturer of the South Eastern University was saying that the consequences of the SLMC politics would be disastrous.

SLMC that should have stood up like TNA to Tamils, rejected the hand extended by Tamils and has gone to the side where it should not go. There was anticipation that along with this provincial election, a political unity would unfold between Tamils and Muslims, but the golden opportunity is lost, Dr. Jalaldeen further said.

“The actions of the SLMC have caused a severe damage to the reconciliation process between these Tamil and Muslim communities that live together in the Eastern province. SLMC has not only made a historical blunder that goes against the will of the Eastern Muslim community but also damaged the social environment for a healthy co-existence of both communities. Further, both communities have lost a fresh and long awaited opportunity for reconciliation to build a long lasting peace with justice, equality and respect. A golden opportunity was lost,” she said.

Alternative political activists among Eezham Tamils urged the civil society of both the Tamils and Muslims in the island to facilitate the emergence of a joint people’s movement for the edification of their political parties.

TNA as primarily a political party in the clutches of powers is gagged from coming out with a mass movement spearheading a people’s struggle, the activists said.

They cited to the TNA taking the decision of contesting a farce election against all warnings just because of power pressures, the alleged ‘assistances’ the TNA was receiving from India in the elections, the alleged role TNA played along with India in silencing independent Tamil national voices in Tamil media, including the editorial change in a leading Tamil daily, and the kind of candidates it fielded in the elections – all ultimately serving the designs of the international Rajapaksa abetters to bail out the state and regime, the activists said.

Urging people’s movements to independently develop in the island and in the diaspora, they were hopeful of the opinion steps taken by the Muslim academics.

Full text of the feature by Dr. Zulfika, sent in response to some questions put forth by a TamilNet contact in Canada, follows:

In the 2012 eastern provincial council election, out of 33% of the total Muslim voters in the East about 20.98% voted for the Sri Lanka Muslim Congress (SLMC). This represents the voice of 63% of the total Muslim population in the Eastern Province. This percentage is equal to the percentage of total anti-government vote in the eastern province in this election. The Muslim people in the east now, have strongly demonstrated their anti-government stance. 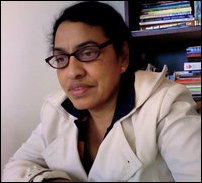 In my opinion, the SLMC has betrayed the trust of Eastern Muslims by taking a covert decision to joint the very government that was vehemently criticized by them in the election campaign. The SLMC has not only failed to respect and represent the aspirations and concerns of Eastern Muslims; it has also abused the power and mandate given to them by the Muslim people of the east.

Since the majority of the Eastern Muslim community has clearly expressed their dissatisfaction with the ruling United People Freedom Alliance (UPFA) government, the decision by the SLMC to joint the government should be seen as abuse of people’s power for the benefits of the leaders of the SLMC.

The decision also contravenes the SLMC’ s promises to the Muslim community during election campaign and goes against the aspirations and concerns of the Eastern Muslim community. The SLMC’ s decision to support the very government that acts openly against the minority rights and wishes, behaves like a ‘big brother” (in the words of a SLMC leader), works in favor of ‘majority’ and implements a chauvinistic agenda is deplorable.

The ‘bargaining politics’ with the ‘majority government’ can be considered as a ‘life saving strategy’ to bring maximum benefits to ‘minority’ community when and if it is based on justice, short term and long-term benefits for the whole community without jeopardizing the rights and interests of other community. When considering a war-torn North –East society’s short term and quick development needs, one should be mindful of the compromises that affect the long-term goals in the selfish interest of the short-term benefits.

The Muslim people voted to elect their own counselors. They voted for the SLMC in the hope that the party would represent and fight for the ‘unique and specific goals of the Muslim community’, for which the party was originally formed. This time around their vote was also a solid protest vote for the UPFA government’s attacks on Mosques and other anti-Muslim activities. As a member of the Eastern Muslim community, I am ashamed and take this opportunity to condemn the deceitful actions of the SLMC.

In the future, as in the past, the government would use the support of the SLMC to garner more support from Muslim countries of the world for its racist and discriminatory agenda. In that sense, the support will be used against minorities, particularly against the Tamils. The support extended by the SLMC is a classic example of ‘using your hand to hurt your own eye’!

The actions of the SLMC have caused a severe damage to the reconciliation process between these Tamil and Muslim communities that live together in the Eastern province. SLMC has not only made a historical blunder that goes against the will of the Eastern Muslim community but also damaged the social environment for a healthy co-existence of both communities. Further, both communities have lost a fresh and long awaited opportunity for reconciliation to build a long lasting peace with justice, equality and respect. A golden opportunity was lost.

[Dr. Zulfika, coming from Kalmunaikkudi in the Eastern Province had her schooling there and graduated from the University of Jaffna. She received her doctorate in psychosocial wellbeing and education in post-disaster context from the University of New England in Australia. She is currently a counsellor in the field in Toronto and also an executive director of the Muslim Women Research and Action Forum in the island of Sri Lanka. She is a noted Tamil poet credited with three published collections.]