No one from the UN or any other international humanitarian body had come to witness the plight of the people who were forcefully relocated from IDP camp to Vattaappazhai in Mullaiththeeu and then dumped at a plot of land cleared after burning jungle at Chooripuram. The people belonging to more than 110 families languish without potable water or any basic facilities. Many of the remaining families have also been dumped at similar sites at Kaiveali and in other pockets of Puthukkuidyiruppu division. TamilNet brings out photos of Kaiveali and Chooripuram and a video clip from Chooripuram. The visuals tell the story, while the UN and IOM, who have not taken any effort to visit the site, pat their own backs and that of Colombo on fulfilling the ‘commitment’ and resettling people back in their ‘homes’ with safety and dignity.

The country of Eezham Tamils has become a fertile ground for a number of international forces to test all their state-of-the-art techniques in conducting genocide and at the same time making it not an issue to the world. There is no international mechanism to indict responsible international organizations like the IOM that tell lies. During the war, the UN lied on the number of people surrounded by a genocidal military and now it comes out with similar lies in shielding the structural genocide to give a clean chit to Rajapaksa, political activists in Vanni told TamilNet. 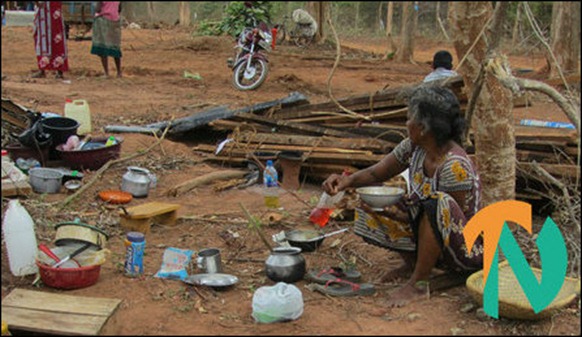 The international organizations of the establishments are now openly working in complicity with the structural genocide and annihilation of the nation of Eezham Tamils in the island, the activists further said.

The remaining families at Cheddiku’lam camp were opposing to relocate themselves as they already had witnessed the plight of those who opted to move out of the camp not getting back their original homes and lands, grabbed by the occupying Sinhala military. 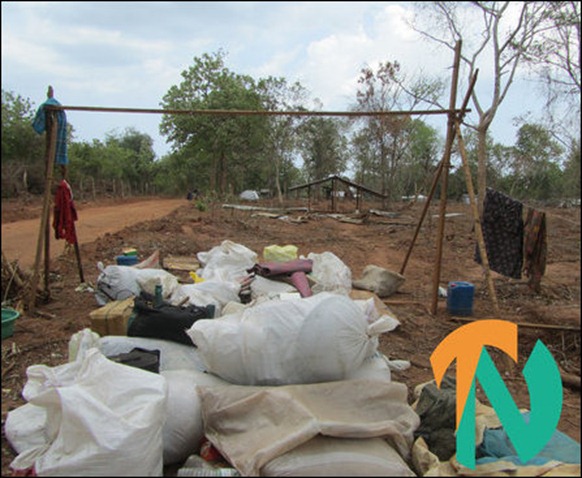 The SL military has been heavily guarding the localities at Kaiveali and Chooripuram. The military is manning the posts, including the toilet pits at the localities, and are blocking journalists and humanitarian activists from interacting with the people.

The uprooted families, with elderly persons, pregnant women and children, are forced to drink the water, which was to be used for cleaning at the toilet pit side, as the water tank which was there when they were brought to the spot, had been removed by the SL military, the people say. 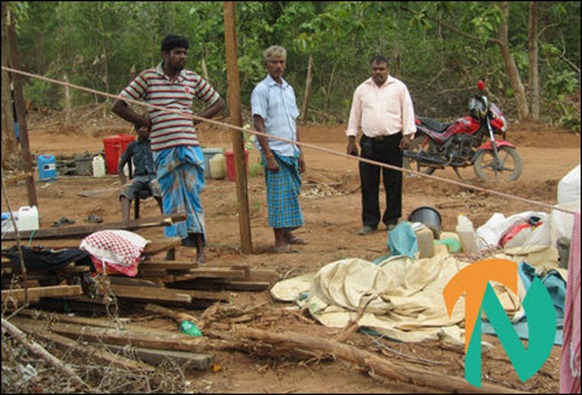 People who feared wild elephants at Cheddiku’lam camp after fences were dismantled by the SL military and were prodded to move out, are now dumped at a jungle plot full of poisonous snakes, the families told TamilNet over phone on Wednesday.

They were putting up temporary shelters using clothes in their possession and the felled trees. There was no NGO to assist the people at Chooripuram or Kaiveali.

Kaiveali was the home of several humanitarian organizations under the LTTE run de-facto state administration before the genocidal onslaught carried out by Colombo with international abetment. 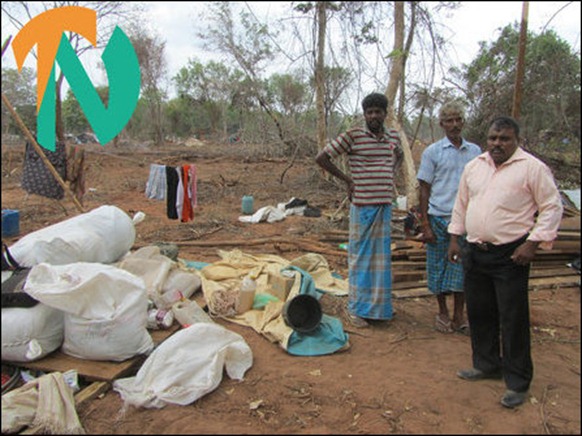 Selvarajah Kajendren, the general secretary of the TNPF managed to sneak into Chooripuram on Wednesday to witness the plight of the people. Crying women were telling their story to the former parliamentarian.

“We were living a hard life at Cheddiku’lam for almost four years. The visiting humanitarian agencies only favoured people associated with them. My family had to sell rice to make a living there. And after all the difficulties, now we are dumped here. I have not washed my body for 3 days. There is no drinking water. We had to drink the water supplied for toilet,” a lady told the visiting Tamil politician at Chooripuram.

At Kaiveali, despite the promise given by the divisional secretariat officials that they would supply food, there has been no assistance forthcoming, the people told journalists over the phone. The families at Kaiveali are also in the same situation like those who were dumped at Chooripuram. They sleep under the trees. 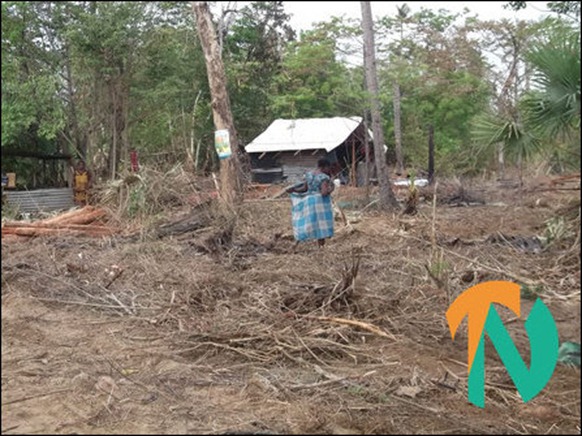 None of the officials, including the village officer (GS) or those from the divisional secretariat have visited the people.

In the meantime, SL president Mahinda Rajapaksa has visited Vanni on Tuesday to open a market in Ki’linochchi. 284 million rupees was reportedly allocated to construct the market, but the money has been subjected to mismanagement, civil official said adding that only 14 percent of the allocation had been spent on the project.

Likewise, a new building for Karaithu’raippattu divisional secretariat, completed one year ago, was put on hold until Rajapaksa to come and declare it open.

An electricity supply arrangement constructed with Japan’s aid to ‘integrate’ the power grid of the North with the rest of the island was also declared open by the visiting SL president who was joined by his sibling Basil Rajapaksa and progeny Namal Rajapaksa, together with Douglas Devananda. 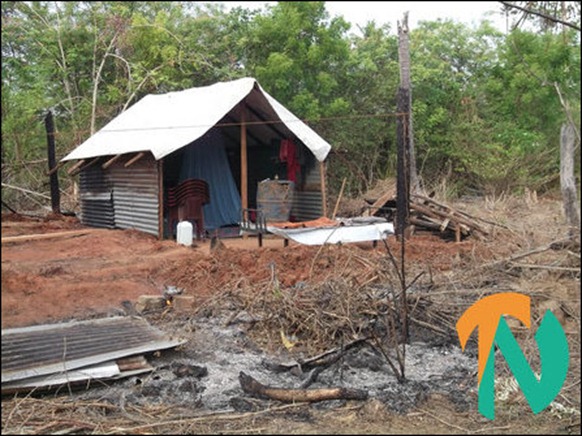 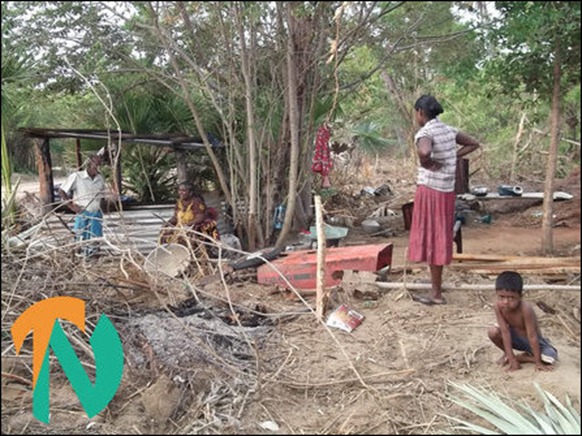