Tamil Student Associations (TSAs) in over eight University campuses in Canada engaged in commemorating Heroes Day last week. Annually the TSAs individually commemorate Heroes Day during the week leading up to the broader Tamil Youth remembrance event held on the 25 of November. Commending the solidarity work that Eezham Tamil youth in Canada have been undertaking over the past years, James Clark from the Canadian Peace Alliance said at the event at York last Monday: "Maaveerar Naal is an occasion not only to remember and pay tribute to the martyrs and heroes of Tamil Eelam, but also to reflect on the lessons of the struggle for peace and justice." 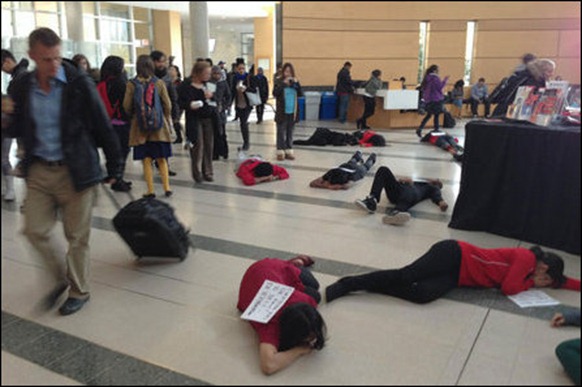 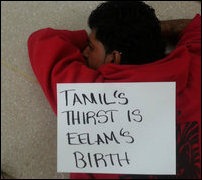 "Tamil youth have also built these relationships to show solidarity with other struggles in Canada, from the campaign to end the war in Afghanistan, to the movement to reduce tuition fees, to protests against austerity and job cuts, and many more. This kind of approach has helped raise the profile of the Tamil struggle outside the community, winning more and more allies for Tamil Eelam," he added.

Speaking at the same event, Hamoudi Hneinou, President of Middle Eastern Students Association at York, a Lebanese activist, drew parallels between the struggle of the Lebanese against Israeli occupation and the Eezham Tamils’ struggle. 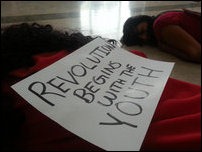 "Both of our struggles carry many similarities, one being that when we faced our oppressor we were also facing the might of the worlds elite, who knew that our victory is a symbol of victory for all oppressed people."

"Our civilians have alway been a target, hoping that a mass genocide on our civilian population could be used as a means to turn the people against the movement and destroy there moral and hope of achieving our ultimate goals. Fortunately for us these tactics have proved to be useless and have only helped us mobilized in times of crisis," he said.

"The death of this leader, like the moments of death for all martyrs, should not reflect defeat within the community, but should be taken as moments where we resolve to continue fighting. The enemy needs to learn that tactics that incite fear in the people are futile, these acts don’t fuel fear, they fuel our thirst to resist. That martyr will now only be glorified in his death, his death will become a symbol of the resistance an image of struggle and open the door for thousands of more, his actions will only add to the pillars of resistance."

As a show of unison in efforts, each of the TSA observed its campus specific remembrance event on a given day of the week.

The York University Tamil Students’ Association (YUTSA) conducted a flash mob at their university in order to highlight the ongoing plight of Eezham Tamils.

“Tamil students had stuck written messages pertaining to the significance of the Tamil liberation struggle and had all simultaneously staged a “die-in” to draw attention from those around them. This tactic was dramatic and was staged in a high traffic area on campus to draw large numbers of spectators. Passers-by stopped to read the messages and engaged in conversation with the Tamil students to learn about the ongoing plight of the Tamil nation,” said Priyanth Nallaratnam, Executive Committee member of YUTSA. 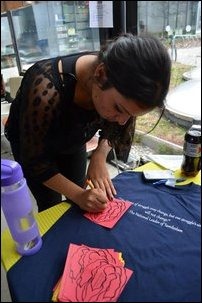 Nallaratnam further stated that, "We wanted to show the other students on campus that Tamil Eelam is the aspiration of the Tamil people. We feel we were successful because the campaign garnered massive attention and positive feedback from the student community on campus.”

The University of Toronto Scarborough Campus TSA held a vow campaign in the Student Centre for their theme titled ‘Identity Week’.

“For our vow campaign, we printed out pictures of the Eezham national flower, Kaarthigai Poos, and had students sign their names on them. The significance of this was to allow Tamil students and students from other backgrounds to learn and discuss about the plight of Eezham Tamils and the Tamil liberation struggle,” said Aperame Arubalasingam, Awareness Director at UTSC TSA.

“By signing their names on the national flower of Eezham Tamils, the students have paid their respect to Tamil liberation heroes and have taken an oath to continue to fight for the rights, people and homeland of Eezham Tamils,” Arubalasingam further said.

The Carleton University Tamil Students Association (CUTSA) organized a campaign aimed at highlighting the development of the Tamil liberation struggle through analysis of the colonial and post-colonial history of the island.

The awareness efforts launched by the TSAs include flash mobs and identity campaigns that have reciprocated solidarity by civil society on University campuses to participate and support the Heroes Day events. 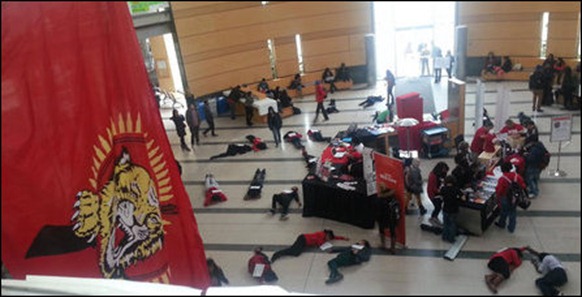 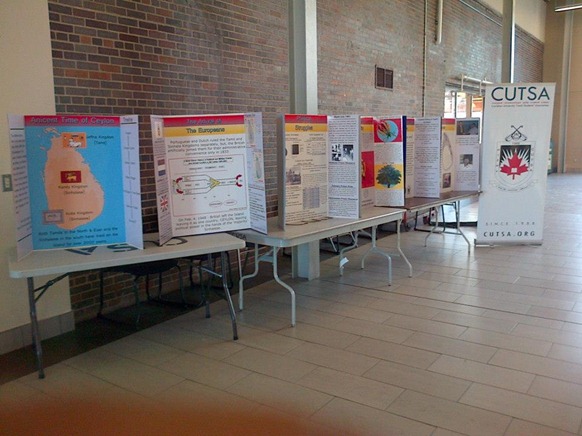 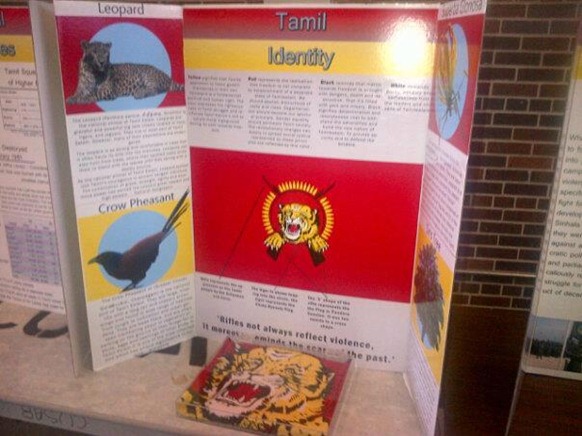 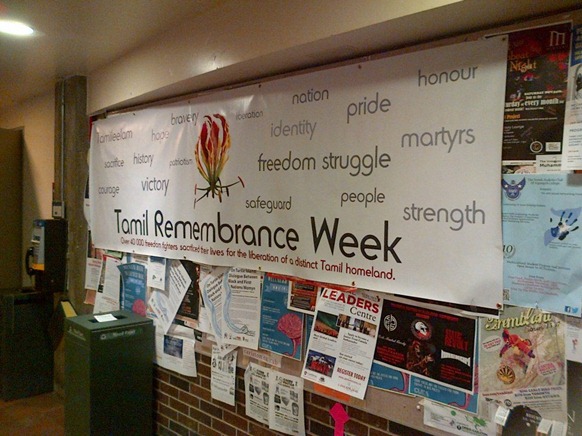