UN Secretary General Ban Ki-moon, former UN Chief of Staff Vijay Nambiar and former UN Under-Secretary General for Humanitarian affairs Sir John Holmes were in complicity in the genocidal onslaught on Eezham Tamils by Sri Lanka in 2009, declared a protest held by political activists and grassroot movements in Tamil Nadu on Sunday. May 17 Movement, the organisers of the protest, citing the recent report of the Internal Review Panel on UN Action in Sri Lanka led by Charles Petrie, accused the ‘axis of the UN trio’ for shielding the Sri Lankan government during the peak of its genocidal onslaught on the Eezham Tamil nation. The demonstrators, who blamed the UN for denying justice to the victims after the genocidal war, also accused the UN for having failed to provide a just political solution to the national question of Eezham Tamils. 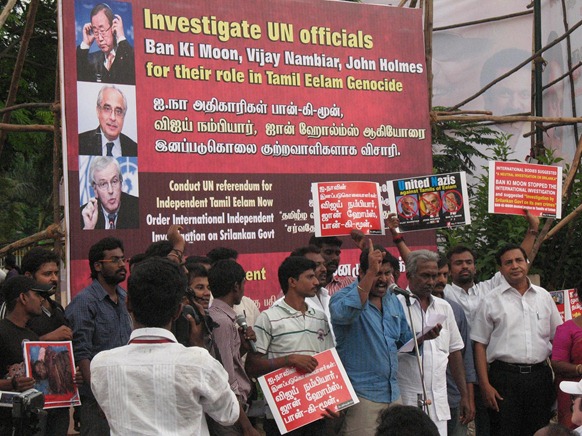 Mr Vijay Nambiar, an Indian diplomat, who is alleged of responsibility in the white-flag surrender, is the brother of Lt. Gen. (Retd) Satish Nambiar, who was earlier invited by the SL government during the CFA to report on the military High Security Zones in the North and East.

According to the accounts of the late veteran war correspondent Marie Colvin, Mr Nambiar had an assurance from the Sri Lankan President Mahinda Rajapaksa that LTTE’s Political Head Mr Nadesan would be safe in surrendering to the Sri Lanka Army carrying a white flag. Although Mr Nambiar was supposed to witness to the surrender in person, he had concluded that it was not necessary for him to witness the episode as he had SL president’s assurance.

Sir John Holmes, was the chief of UN’s humanitarian operations in his role as Human Rights Co-ordinator when the UN pulled out of Vanni. He has also been visiting the island at the height of the war.

The gathered activists in Chennai also raised slogans in solidarity with the protesting Eezham Tamil students in the island, demanding the immediate release the student leaders of the University of Jaffna and the students who have been detained by the occupying Sri Lankan military.

All speakers expressed shock and disappointment against UN glaring failure, with many terming it a wanton betrayal of its own principles.

Some of the speakers also recounted the message of Muthukumar, who had immolated himself in January 2009 for the cause of the Eezham Tamils and who is considered a youth icon by activists in Tamil Nadu, who had recorded in his final letter not to trust Ban Ki-moon.

Speaking at the event, Aruna Barathi opined that the oppressed nations should unite and create a fourth world order as the current systems of establishments were incapable of giving justice.

Umar from the May 17 who spoke about Ban Ki-moon’s political background, also referred to Mr. Ki-moon’s son-in-law Siddarth Chatterjee, who had served in the IPKF and who had consistently been writing political opinion pieces in the Indian media against the struggle of the Eezham Tamils. According to Mr. Umar, there was a vested political interest in the Ki-moon family itself.

Mr. Gandhi talked about pre-war, post-war role of UN, how it has been successfully preventing an independent international investigation till now. All the talk about giving time to the GoSL to find its own internal mechanism is only giving time for GoSL to erase all evidences of genocide, he argued. He further said that the denial and cover-up of the genocide by the UN officials was a strategy to prevent claims for a referendum by the Eezham Tamils.

May 17 Movement also appealed to the Tamil diaspora to protest outside UN offices in the countries they reside on the remembrance day of Murugathasan Varnakulasingham, an Eezham Tamil youth who had immolated in Geneva in February 2009 protesting the inaction of the UN.

Speaking to TamilNet, Mr. Gandhi said "UN had a mechanism for preventing genocide but this was systematically subverted by these three officials. Likewise, there is a scope for liberation of genocide-affected oppressed nations in the UN’s framework. Even this was sabotaged by these officials. Those who were meant to protect the international law have failed miserably and with intent.”

“The IC and UN should compensate for the losses incurred by the Tamils by providing a just political solution. And the global civil society should realize that bodies like UN, global establishments, corporates collaborated with genocidal Sri Lanka for vested interests and they are against the Eezham Tamils and their democratic demands.”

“After this leaked Petrie Report, we now urge the global civil society and media to understand and realize the hollowness behind the claims of organizations like UN, Western Governments, India, and NGOs that the Tamil Eelam struggle is the reason for the Tamils’ suffering. This is only a hoodwink strategy to deny the demand of the Tamils." 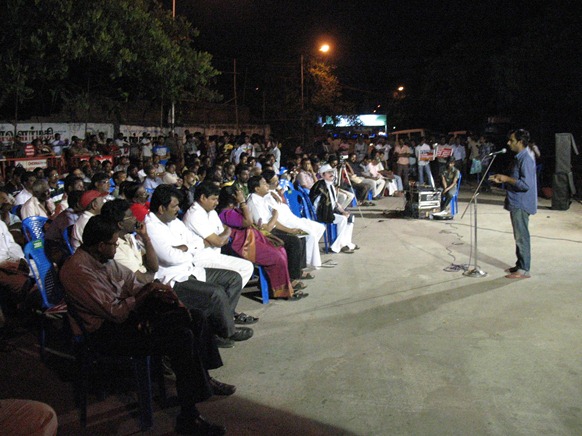 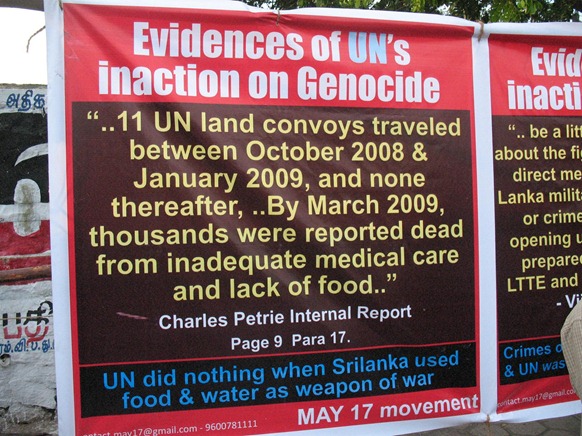 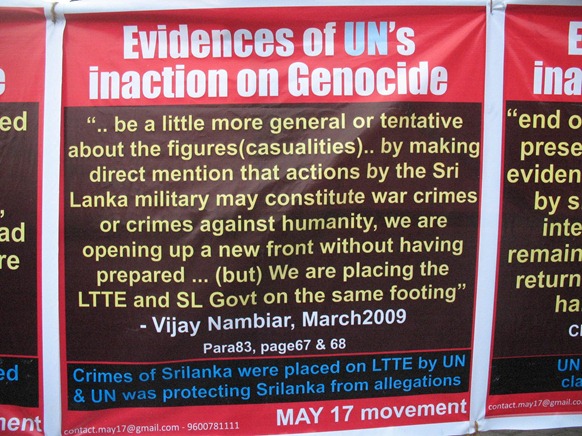 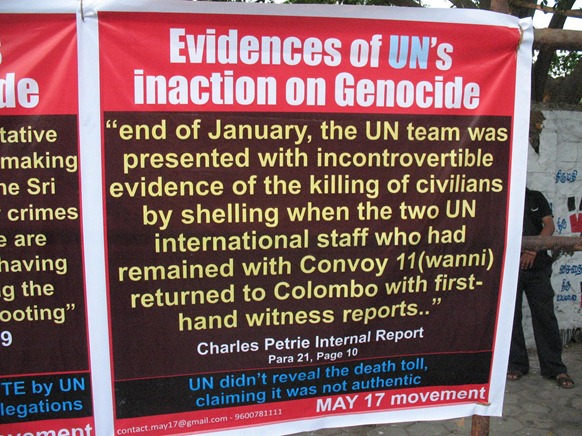 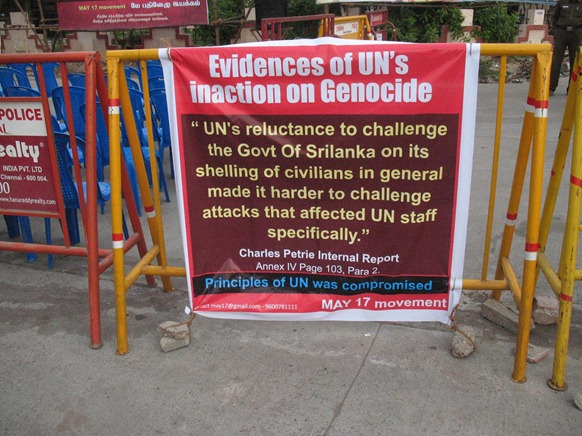 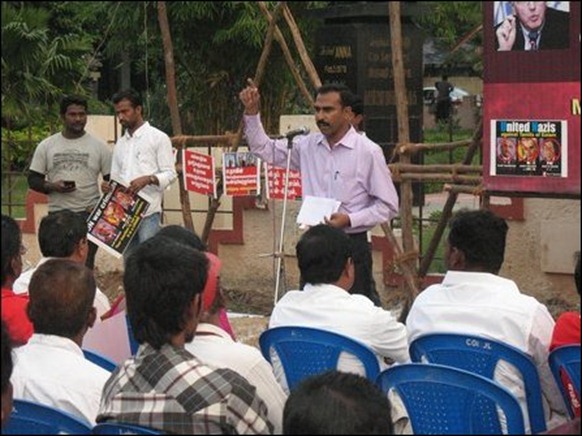 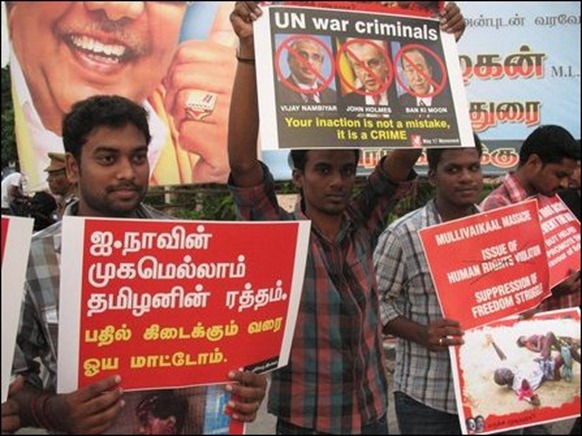 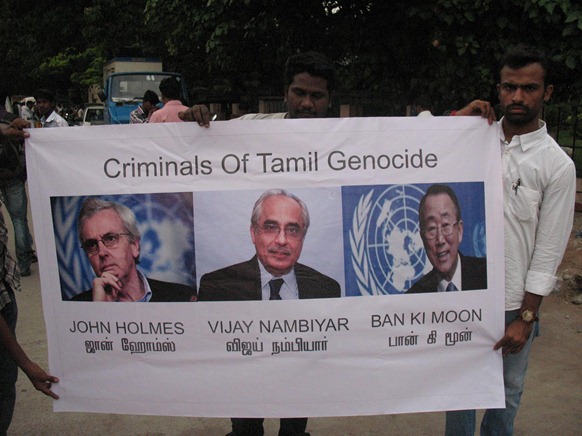