“The Gillard Labor Government has decided to dance cheek-to-cheek with a war criminal because it wants to stop Tamil refugees fleeing to Australia before this year’s election,” veteran journalist Trevor Grant told TamilNet, dubbing Australian’s current foreign policy on Sri Lanka as “one of the greatest sell-outs by government in Australian history.” Responding to questions sent via mail, Mr. Grant, former chief sports writer at The Age with over 40 years of experience in journalism, further criticised Australia’s, particularly Foreign Minister Bob Carr’s support for the CHOGM conference in Sri Lanka. “I find it astounding that Australia is going to help Sri Lanka set up CHOGM,” he said, adding that Australia should be leading the boycott of CHOGM to be held in Sri Lanka. Criticising the LLRC as “Rajapaksa eyewash”, he opined Australia should help prosecute war criminals in Sri Lanka.

In his recent opinion piece in The Age on Tuesday, and more thoroughly elaborated upon in his interview to TamilNet, Mr. Grant addresses the ongoing intimidation faced by those challenging the agenda of the Sri Lankan state. Grant opines, after the recent protests organized by the Boycott Sri Lanka Cricket Campaign, that it is the first time in his journalistic career that he has felt directly threatened and ‘spooked’ though these forms of ‘stalking’ and ‘intimidation’ of protestors. 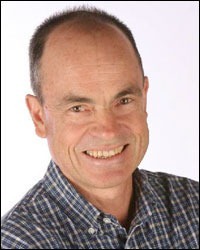 He goes on to state, “I wasn’t prepared to believe that I would become a target for the intelligence branch of a foreign government. It is spooky to know that a government that has been accused of horrific crimes against its own people, including the murder and disappearance of 39 journalists in the past eight years, now has me in their sights.”

Considering this is a shared reality specifically for anyone who actively engages in challenging the genocidal practices of the Sri Lankan state outside the island, Mr. Grant questions the ‘silence’ of the host governments such as Australia and why they fail to protect those who are victims of such tactics.

Even as protests calling for the boycott of Sri Lankan cricket gains momentum in Australia, Tamils in Australia are also in consternation with the government’s foreign policy and its willingness to collaborate with the Sri Lankan government in dealing with the refugee issue.

Speaking to TamilNet, Dr. Sam Pari, spokesperson for the Australian Tamil Congress, said “The Sri Lankan regime’s genocide of the Tamil people is the prime driver behind Tamils seeking asylum in foreign countries. The Australian Tamil community urges our government to consider ethical and long-term implications of allowing a brutal regime to continue its genocidal strategy rather than short term gains for a governing party.”

Likewise, with instances of protestors against Sri Lankan cricket being intimidated by Sri Lankan officials emerging, Grant has written directly to the Australian Foreign Minister Bob Carr in regards to this ongoing issue but has yet to receive a response, he told TamilNet.

The full text of Mr. Grant’s interview by TamilNet follows:

TamilNet: What is the effectiveness of sport and cultural boycott campaigns?

Trevor Grant: Sport is something that crosses all barriers in a community. And certain sports, such as cricket in Sri Lanka, are deeply woven into the fabric of society. The loss of international cricket and rugby to white South Africans during the apartheid area was one of the major factors in those people feeling isolated. Years and years of this sort of isolation from the world stage diminished their will to maintain apartheid rule. The sporting boycott on South Africa is credited with having a major effect on dismantling apartheid.

Historians have concluded that the sporting boycotts were probably even more effective than trade boycotts, which are much more easily broken. It’s impossible to break a sporting boycott and the world not to know, whereas a trade boycott can secretly be ignored, as Israel proved with South Africa during the apartheid era. As Archbishop Desmond Tutu told English cricket administrators in a speech at Lord’s four years ago: "Your refusal to kow-tow ro racism was the sanction that hurt the supporters of apartheid most." At Boycott Sri Lanka Cricket Campaign (BSLCC) we take great store in this history.

TamilNet:What is your opinion of the Australian government’s current foreign policy on Sri Lanka?

Grant: It is one of the greatest sell-outs by government in Australian history. The Gillard Labor Government has decided to dance cheek-to-cheek with a war criminal because it wants to stop Tamil refugees fleeing to Australia before this year’s election. It thinks it need to stop the boats to win the election so anything goes, even dealing with a murderous regime that, according to the UN, has the blood of at least 40,000 of its own people on its hands.

It is incomprehensible that a Labor Government could contemplate entering into agreements, such as sharing intelligence with a regime that uses intelligence to murder, torture, jail, rape and disappear innocent people. This is a regime that has murdered or disappeared 39 journalists in the past eight years. Yet to meet its own cynical political ends the Australian Government is prepared to offer a layer of credibility to it, when in fact it should be doing everything possible to help prosecute the Rajapaksa war criminals. The Gillard Government bears a great responsibility for the on-going persecution of Tamils that includes murder, rape and torture. This is an indelible stain upon the Australian nation.

TamilNet:Australian Foreign Minister Bob Carr recently visited Sri Lanka and stated that the ‘Lessons Learnt and Reconciliation Commission (LLRC) was the ‘best instrument’ to resolve any issues. He re-affirmed Australia’s commitment to politically and technically helping Sri Lanka with the CHOGM meet. What is your opinion on these statements?

Grant:The Lessons Learnt commission was dismissed out of hand by the UN-commissioned report which found the Government had questions to answer on war crimes and crimes against humanity at the end of the civil war. It was condemned as a Rajapaksa whitewash, and useless for any meaningful investigation of what happened.

I find it astounding that Australia is going to help Sri Lanka set up CHOGM. Not least because in Geneva in November last year, at the Universal Periodic Review of the UN Human Rights Council, the Australian representative — instructed by the same Foreign Affairs Department of which Carr is the boss — asked Sri Lanka to "reduce and eliminate all cases of abuse, torture or mistreatment by police and security forces, and all cases of abductions and disappearances."

This is a clear admission by Australia’s Foreign Affairs Department that these terrible things exist right now in Sri Lanka. Yet, when Carr, the man who runs the Foreign Affairs Dept, remember, was in Colombo in December to seal deals with Rajapaksa about getting those refugee boats stopped by the Sri Lankan Navy, he was asked by Australian TV if he was satisfied Tamil refugees being returned by Australia to Sri Lanka were safe. He replied: “Yes I am satisfied. And I would warn human rights groups may become zealous about an issue that isn’t there…"

This is extraordinary, and backs all the other evidence that the Australian Government is prepared to do, and say, whatever it takes to get those boats stopped before the election comes on.

Grant:I would say Australia should lead a boycott of CHOGM in Sri Lanka. We are supposedly a democracy based on the values of equality for all ( that’s a lie anyway) yet here we are offering to help a mass murdering war criminal launder his image by holding a major world conference. Worse, we are trying to persuade the Canadian Prime Minister Stephen Harper to "engage" with Rajapaksa and talk him out of his threat to boycott CHOGM unless Sri Lanka’s human rights record has shown improvement. Gillard is a Labor PM and Harper is a Tory PM. Go figure.

TamilNet:The Australian government’s opinion is that Tamils arriving by boat are in fact economic refugees rather than political asylum seekers. Would you dispute this and why?

Grant:I would definitely dispute it. I deal with Tamil refugees in my area regularly. I also visit them in detention centres. I have heard some horrific stories. Here’s one from a young Tamil man who was tortured three times in Sri Lankan jails. He told me the modis operandi of the Sri Lankan Army in villages in his area. One unit would surround the entire village to prevent escape while the other would go door-knocking at every house. If they found any young Tamil men they would be taken away to jail, questioned and tortured, any young women were raped and any nursing mothers would have their breasts cut savagely by soldiers so they couldn’t feed their infants. These are the reasons people flee. Anyway, the Rajapaksa regime keeps on boasting that economic growth in the north and east has sky-rocketed by 22 per cent since the war ended. So surely people wouldn’t be fleeing for economic reasons if there is so much growth and harmony?

TamilNet: What should the Australian government do in regards to reported incidents of protestors being photographed and documented by unknown persons as mentioned in your opinion piece in ‘The Age’?

Grant:I have written to Foreign Minister Carr asking him a simple question. Why is it that a foreign government, least of all one with a record for war crimes and murdering journalists who takes it to task, is allowed to stalk and intimidate Australian citizens on Australian soil? Any decent Government would be absolutely outraged about such an occurrence, call in the offending embassy officials and threaten expulsion of diplomats if they continue these activities. But who said anything about this Government being decent?