The Commander of the occupying Sinhala military in Jaffna, Maj. Gen. Mahinda Hathurusinghe appeared in ‘civil’ in playing the role of ‘chief guest’ at the Malayala Martial Arts performance in Jaffna on Thursday, organized by New Delhi’s Consulate General in Jaffna to mark India’s 64th Republic Day. Earlier, Hathurusinghe used to visit even temples in Jaffna in uniform. His transformation, which should be first questioned by the uniformed personnel of Sri Lanka’s genocidal military for insulting the ‘beautiful’ services they are rendering to Tamils, mark a dangerous stage of the Sinhala militarisation imposed on Eezham Tamils by the powers of vested interests in complicity with the genocidal State in the island, commented alternative political activists in Jaffna. 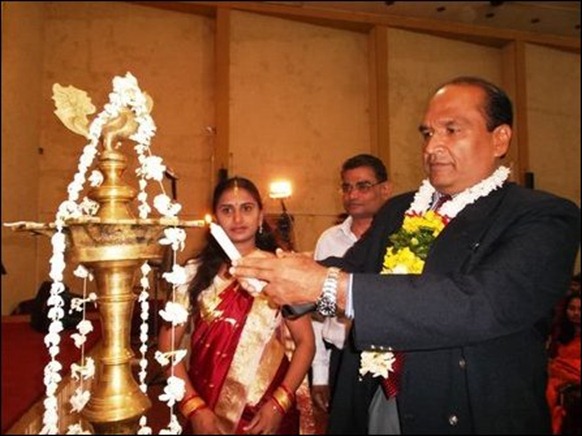 Already there is a retired and war-crimes-accused SL Major General ‘in civil’ is occupying Jaffna as the colonial governor of Colombo. What he is doing in colonisation, demographic genocide and structural genocide in vital areas such as education are well known, the activists referred to Chandrasiri.
The SL Defence Secretary and presidential sibling Gotabhaya Rajapaksa, a former SL military official and a US passport holder now ‘in civil’, coordinates the entire militarisation of the island as well as the annihilation of the nation of Eezham Tamils with the rogue powers of the world on behalf of the agent State in Sri Lanka, the activists said.
Hathurusinghe, at the inception of his appointment as SL commander in Jaffna, immediately after the genocidal war abetted by a bandwagon of the Establishments, was awarded the Gucci Peace Prize, which the occupying SL military paraded as the Asian equivalent of Nobel Peace Prize.
Who is responsible for all what the occupying military has done and is doing to Tamils after the war, which is structurally worse than the Vanni War to the nation of Eezham Tamils in the island, and what do the military minds in the powers convey to Eezham Tamils by their display of these generals – that too when there is a call for international investigations on the war crimes – asked the alternative political activists in Jaffna.
Do the powers, in fact, conduct the militarized structural genocide of the nation of Eezham Tamils in the island as their own programme, the activists further asked.
Hathurusinghe, whose name literally means, “a lion to enemies”, is not a lion, but only a servant of the international adversaries of the freedom of peoples, the activists said. 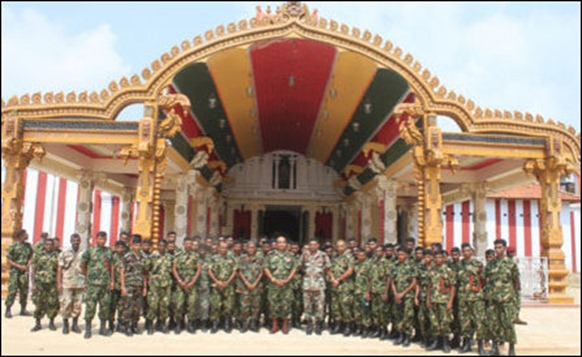 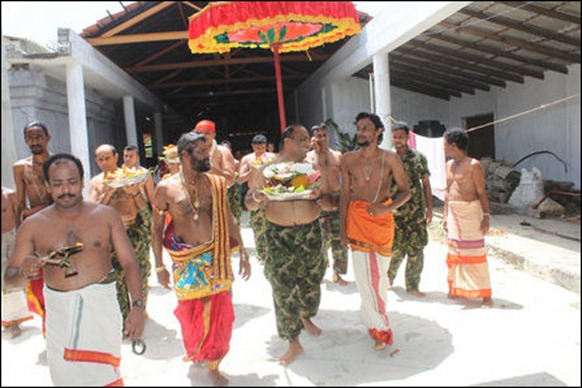 Hathurusinghe in half uniform, performing rituals in May 2011 at the Changkaanai Murukamoorthi temple, the priest of which was allegedly killed by SL military intelligence. 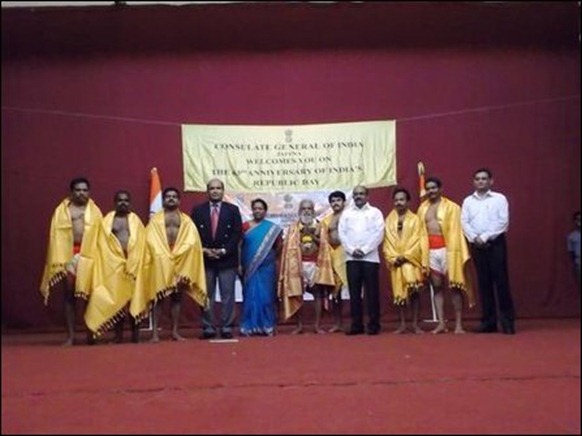 The ‘evolution’ of the Sinhala general – Hathurusinghe in civil along with New Delhi’s Mahalingam and the Ka’lairp-payattu performers from Kera’la at the Veerasingam Hall, Jaffna, on Thursday, 31st January, 2013