H.D.K.S. Kapila Jeyasekera, who rose in ranks as the Superintendent of Police (SP) from the Special Task Force (STF), and who was alleged to have been responsible for the extra-judicial execution of five Trincomalee students in 2006, and other killings in Trincomalee during 2006, including the ACF-17 killings, has been appointed as the Deputy Inspector General of Police (DIG) to the Ki’linochchi and Mullaiththeevu district, Jaffna Tamil daily Uthayan reported. Mr Jeyasekara is also a close ally of Sri Lanka’s Defense Secretary, Gotabhaya Rajapakse, and has been kept out of visible public presence after Jeyasekera was accused of a serious security lapse involving India’s Prime Minister during his visit to Colombo in 2008. 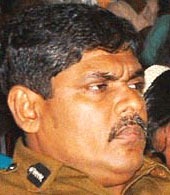 Mr Jeyasekera was appointed as the main security detail to India’s Prime Minister Manmohan Singh during the SAARC summit visit in August 2008, and was involved in a serious security lapse for having failed to turn-up after the Prime Minister completed his official engagements at the summit.

Colombo-based political observers said, Mr Jeyasekera was interdicted due this security failure, and has been pushed to the background until he re-emerged with the menacing news in Uthayan that he has been appointed as the new guardian of law-enforcement to the Tamil districts in the Vanni.

Dr Manoharan, whose son Ragihar was one of the five students in the Trinco-5 killings, told TamilNet: "As I have said in my affidavit, I have no doubt that Mr Kapila Jeyasekera is responsible for killing my son. Jeyasekera was the key Police operative receiving orders from the higher political positions in targeting key Tamil activists and witnesses, and once Jeyasekera was transferred from Trincomalee, the killings of Tamil civilians suddenly decreased remarkably," Dr Manoharan said.

Dr Manoharan said he has been following closely his son’s case (DR-11/1-2006) that was supposed to be making progress in the Trincomalee high court, and nearly six months ago, when the CID submitted that there is no evidence implicating any of the defendants, the Magistrate closed the case. Manoharan also assailed the "shamelessly untruthful" campaign being carried out in Geneva by Sri Lanka’s representative, Minister Mahinda Samarasinghe, who announced that the Trinco-5 case is still proceeding in the Trincomalee High Court and that the Sri Lanka law enforcement is "still collecting evidence." 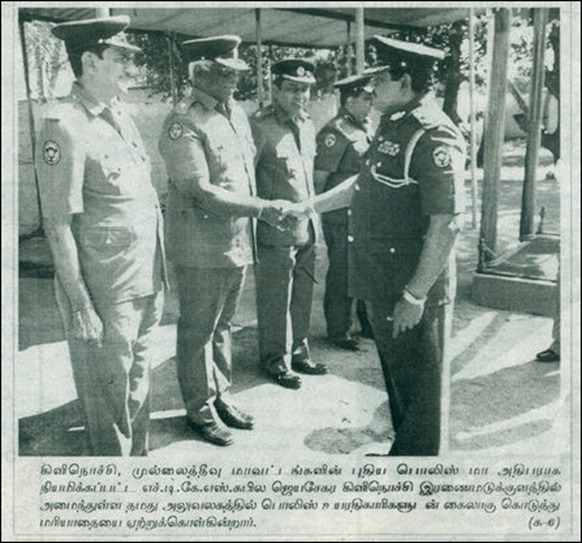 Some relevant statements related to Kapila Jeyasekera in the two reports produced by UTHR, follow (refer to the reports in the links or in the Dublin document for more details):

In a classified memo written by US’s Sri Lanka Ambassador Robert Blake in October 2006 to Washington, ten months after the extra-judicial execution of five students, Basil Rajapakse, had told Ambassador Blake that Special Task Force (STF) was responsible for the killings, according a Wikileaks document.

"Evidence is overwhelming that high level officials, including those in the U.S., have information that implicates Sri Lanka military and police of involvement in the killings of the Trincomalee students. Dr Manoharan has vowed to keep the fight alive, and the Rights organizations have an obligation to force the international community uncover the truth and bring the perpetrators to justice," said a spokesperson for Tamils Against Genocide (TAG), a US-based organization that seeks legal redress for Tamils affected by war.