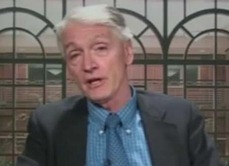 Commenting on the draft resolution being circulated by the United States at the the Geneva sessions of the UNHRC, Francis Boyle, Professor at the School of Law, University of Illinois and an expert in international law said that UNHRC and its member states, by adopting the draft resolution (3rd draft) will be abetting the on-going systematic structural genocide in vilolation of the 1948 Genocide Convention. The vote on Sri Lanka resolution is likely to take place as early as Thursday in Geneva, according to sources in Geneva.

"By means of adopting this draft Resolution, the U.N. Human Rights Council and its Member States will thereby further whitewash and “bluewash” and facilitate and aid and abet the ongoing campaign of genocide by the GoSL against the Tamils in violation of the 1948 Genocide Convention and in particular but not limited to their article 1 obligation “to prevent and to punish” genocide as well as their article 3(e) obligation that prohibits and criminalizes “complicity in genocide.”

Also last year, in March 2012, Professor Boyle had warned the Tamil diaspora and supporters like him against falling into the trap being created by the US Government.

"I served as Legal Adviser to the Palestinian Delegation to the Middle East Peace Negotiations starting in the Fall of 1991. Since that time, Israel’s strategy has always been to STALL AND DELAY while they destroy the Palestinians.

"If we proceed down this path there will never be GoSL accountability for anything. GoSL will drag it all out until the Tamils are dead. Stall for time until the clock runs out like at a basketball game or a football game when the your side is ahead. GoSL is trying to run out the clock on us," Boyle had said in a note sent to TamilNet.

Amidst lack of strategy by the Tamil diaspora activists, the students of Jaffna University, by their peaceful protests which were brutally attacked by the SL military in November 2012, effectively exposed how the ‘LLRC’ was being implemented by the Sri Lankan State on the ground.

Now, the students in Tamil Nadu have come forward with a strategy to arrest the situation. Their strategy is peoples struggle to checkmate the realities in the region. By continuing to hold mass demonstrations and hunger strikes, protesting the resolution, they have exposed the ultimate culprits to not only the Tamil public across the world, but also to the Establishment-centric Tamil politicians in the island and political acitivists in the diaspora.