With a vote due soon on a U.S.-sponsored resolution at the U.N. Human Rights Council (HRC), the Indian government has a chance to strongly encourage sustainable peace and political reform in Sri Lanka. Policy-makers in Delhi are clearly disturbed by the Sri Lankan government’s backsliding on promises of devolution of power to Tamil-speaking areas, its politically motivated impeachment of the Chief Justice there and its refusal to comply with last year’s HRC resolution on “Reconciliation and Accountability in Sri Lanka.” To maximise its ability to influence Sri Lanka towards a lasting resolution of its ethnic conflicts and a restoration of its democratic institutions, India should take the lead in developing a forceful, international strategy, first at the HRC, then through other multilateral bodies, to be able to hold Colombo to its promises. 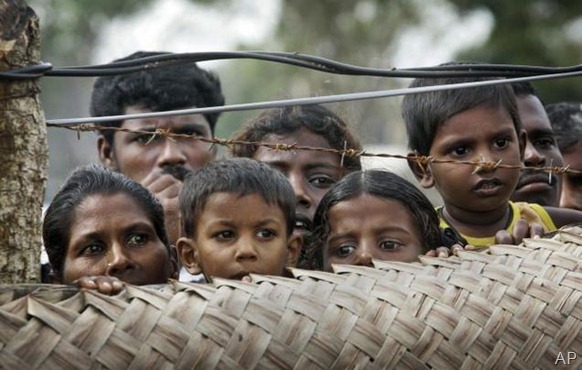 Some argue that India should avoid supporting the HRC resolution in order not to lose leverage with the Sri Lankan government. Unfortunately, the limits of India’s bilateral influence have long since been reached. Despite India’s unprecedented financial assistance to Sri Lanka over the past four years, the Rajapaksa government has made no genuine effort to treat Tamils as equal citizens, or to recognise their right to autonomy in the north and east. At the same time, as the International Crisis Group detailed in our February report on “Sri Lanka’s Authoritarian Turn,” there has been a sharp deterioration in democracy and the rule of law and no accountability for human rights violations at the end of the civil war. The risks of eventual political instability and a return to violence are growing.

The Indian government finds itself in a challenging position. India has wisely tried to remain engaged in Sri Lanka and avoid inflaming Sinhala nationalist sentiments. Sinhalese fears about the role of India’s 70 million Tamils are being stirred by increasingly bellicose, at times irresponsible, rhetoric from politicians in Tamil Nadu, as well as violent attacks on visiting Sri Lankans. The active and emotional support of politicians and activists in Tamil Nadu for the HRC resolution, including the current intense pressure from the ruling United Progressive Alliance’s coalition partner, the Dravida Munnetra Kazhagam, for the central government to support a resolution denouncing “genocide” in Sri Lanka, and the apparent effect this pressure has had on policy-makers in Delhi has led some analysts to argue that India risks having its foreign policy “hijacked” by “regional interests.”

Such arguments are exaggerated. Action on Sri Lanka’s human rights and governance crisis isn’t only in the interest of Tamils and Tamil Nadu. The Indian nation as a whole has every reason to prevent the further entrenchment of authoritarian rule in Sri Lanka, where Tamils and Tamil-speaking Muslims are being increasingly marginalised politically and the rights of all Sri Lankans are being undermined.

Beginning at the HRC, Delhi should lead in forging a strong international coalition to pressure the Rajapaksa government into reversing its most dangerous policies. This will require India modifying its long-standing reluctance to support country-specific resolutions at the U.N. and its preference for working through bilateral engagement.

India’s endorsement of a forceful HRC resolution, especially if it includes a call for an international war crimes inquiry, will send an important message to the Sri Lankan government that it cannot break promises, to India and its own people, and violate its international obligations without consequences.

Strong Indian action would also encourage other governments to toughen their own policies towards Sri Lanka. U.S. and European diplomats make it clear that they look to India as the key part of an effective international coalition, and India wields great influence among nations of the global south.

In addition to voting for a strong U.N. resolution, India should actively seek to bring others, particularly fellow Asian governments, on board. This includes supporting efforts of other Commonwealth members to ensure that its next heads of government meeting, currently scheduled for Colombo in November, is hosted by a government that respects Commonwealth values of democracy and the rule of law.

India should also work to persuade Japan, the World Bank and the Asian Development Bank to use their considerable collective financial leverage to reverse Sri Lanka’s dangerously militarised development policies in the northern and eastern provinces. All major donors should press for a return to civil administration and for fair elections to the northern provincial council. Without these minimal conditions in place, development assistance risks supporting an unjust, and eventually unstable, political order in traditionally Tamil areas and an unreliable authoritarian regime in Colombo.