A Buddhist shrine has been built at the precincts of Kanniya Hot Wells a Saiva sacred site in a traditional Tamil village in Trincomalee district. A fifteen-acre land has been appropriated by the SL Government Agent Major General (retd.) Ranjith de Silva on the instruction of Colombo. The Buddhist shrine has a signboard giving the name of the place of worship as ‘Unuthiya Lin Rajamaha Viharaya’, meaning the ‘Royal Great Temple of the Hotwater Wells’. The term ‘Viharaya’ used in the board implies that a Buddhist Sangha (monastery) has been established there. The local Saiva myths associate the place with pre-Buddhist times of the King Ravana of the Ramayana epic. For centuries, the Hindu population of the region used to come to this site to perform rituals to the deceased and ancestors like the Hindus in India go to Gaya and Varanasi. 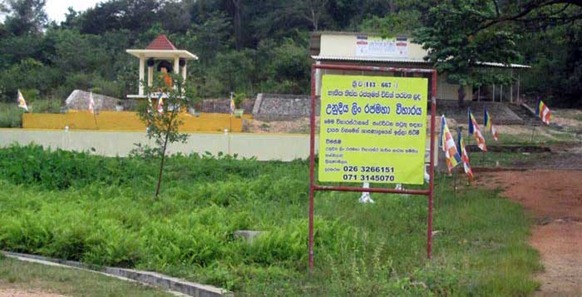 Considering locations of natural wonders as sacred sites and building myths around them was part of every religion. Culture, identity and belongingness of a people with their landscape and country are emotionally connected to such phenomena.

The State was following this policy for decades and the talk of ‘multicultural’ sacred sites was always a deception.

Anyone who doubt the structural genocide practised in the island and ask for the affected to come out with evidence to prove, should see the current religious monopoly practised at common sacred places such as the Adams Peak and Kathirkaamam to realise it with irrefutable evidence, Saiva religious circles in Trincomalee told TamilNet.

Seven springs, each with varying temperature, are situated close to each other at the site. The local people also believe that the hot wells have healing powers. 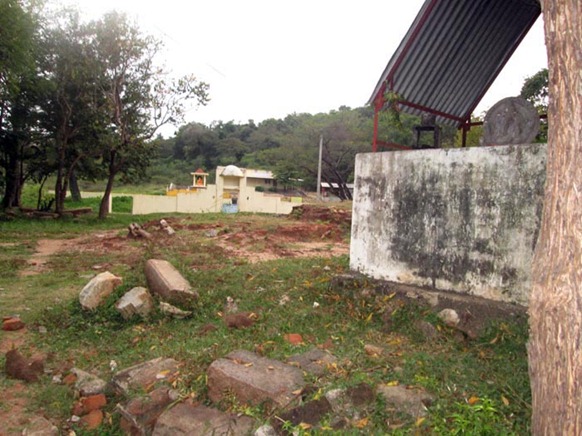 A Saiva temple for Pi’l’laiyaar situated at the site and the associated mutt (resting place for pilgrims) were destroyed during anti-Tamil pogroms.

Sinhala traders have put up stalls to sell goods to the visitors. Not a single Tamil trader is allowed to run business at the site.

Earlier the administration of the hot wells and its environment including the Pi’l’laiyaar temple and the mutt was in the hands of Trincomalee Madaththadi Muthtumaraiyamman Koayil, a Saiva temple in the Trincomalee city. 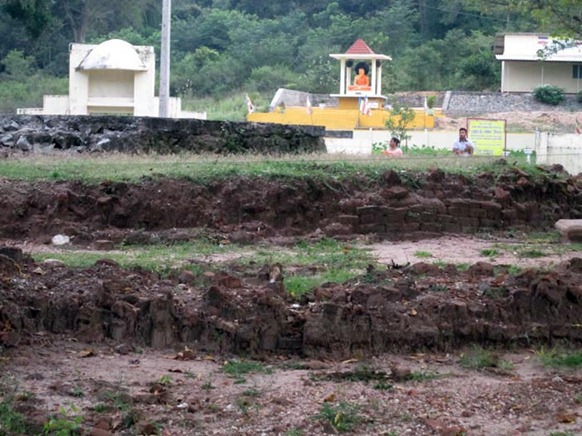 The site where the mutt was situated

Later, the civic body of Trincomalee Town and Gravets took over the maintenance of them.

In 2002, on the orders of the then Trincomalee Government Agent N. H. K. Nelumdeniya, a Sinhalese, the renovation work of the centuries old Hindu temple had been suspended on representations made by some Buddhist priests, who claimed that the bricks found at the site belonged to Anuradhapura period.

At that time R. Sampanthan, Trincomalee district parliamentarian had lodged a strong protest with the then Government Agent and with the Prime Minister’s Secretary and the Peace Secretariat in Colombo that the Hindu community will not tolerate any interference in their legitimate rights which they have had for generations and centuries.

The Sinhala military SLGA also directed his men to remove the name board that had been put up by the civic body.

The name board at the site was later removed in the presence of the GA, who is a former Sri Lankan military commander.

The SLGA had told at that time that the name board put by the PS had given ‘wrong historical information’ to the public.

The former commander GA has also directed the Trincomalee Town and Gravets PS to stop collecting money from the public for maintaining the hot wells and the surrounding area as the PS has no legal status except the Department of Archaeology. 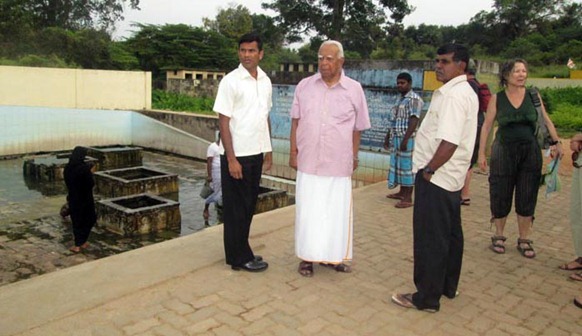