The Tehelka feature on Friday by Revati Laul is highly appreciable on many counts, as it has brought out the multifaceted genocide committed on Eezham Tamils so that they would remain “people without a nation, much like the Palestinians in the Gaza Strip,” the military-occupied situation that is worse than that of Afghanistan and the double game of the world cum UN expecting that the “idea of nationhood could be the next to disappear,” but yet the reality and determination of the people alive with the idea of a separate Tamil nation despite the terror and genocide. However, the feature is misled by a repeatedly told myth by the adversaries of Tamils and believed by the gullible even among the Tamils especially in the diaspora, that British colonialism once favoured the Tamils, writes an academic in Jaffna.

Further comments from the academic in Jaffna:

“Despite the contemporary devastations the Tamils have faced, the tragic story of chauvinism and racial domination in Sri Lanka is not one-sided. In keeping with the imperial games it played elsewhere, while Sri Lanka was a part of the British Empire, the British clearly favoured and nurtured the Tamils over the Sinhalese,” the Tehelka feature said.

“This meant the Tamils ended up better educated, often returning with degrees from abroad; they had a greater share of the few plum jobs in the colonial civil services; they bought the biggest properties in Colombo,” the Tehelka feature further said.

What Revati Laul has written is a repeatedly told myth by the Sinhala politicians and academics including some Tamil lobbyists. Sri Lanka’s former President, Chandrika Bandaranaike Kumaratunga recently reiterated that while delivering a lecture at Osigwe Anyiam-Osigwe Foundation in 2012.

“The colonial rulers had employed a policy of positive favoritism towards the Tamil citizens, in order to “divide and rule” a Nation which did not easily accept colonial subjugation. Independence saw the rise of the Sinhala majority with successive governments apportioning the best and most of the public benefits to the Sinhalese. The frustration of the Tamils, who enjoyed many privileges during the colonial era, was heightened in comparison to their previous situation.” Chandrika Bandaranaike Kumaratunga said.

The anti-colonial, anti-British and anti-imperialist political struggle of affected people in the entire island did not originate from the Sinhalese or from the Colombo Tamils. It originated from the Jaffna Youth Congress in the early 1920s, much before the appearance of Sinhala Left political parties, or for that matter any political party at all in the island. 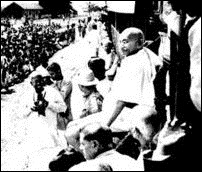 It is true that the Tamils in Jaffna were educated, but the British did very little compared to what the then anti-colonial Americans and native revivalists did to education. The Jaffna Tamils had no other option as their economy of the Dutch times collapsed and was subordinated to plantation-based, Colombo-centric colonial economic outlook of the British.

If the British were favouring Tamils in education why a university was not given to Tamils during the entire British rule? Even the native institutions in Jaffna that were affiliated to Calcutta and Madras were made into ‘secondary schools’ by the British-Colombo administration, while a university college and later a university was started only in Colombo. 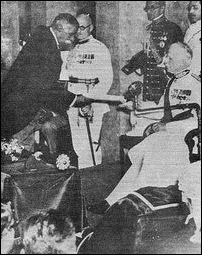 Those who argue that the British favoured Tamils should read what the Report of the Donoughmore Commission that was sent to Ceylon in 1927 by the first Labour government of Britain has said on the communities in the island.

The coastal Sinhalese were the most ‘progressive’ people in the island according to the Donoughmore Report, which implied that they were the favourite of the British in having a special relationship and in eventually transferring power.

Deserving to their misplaced calculations, even their military bases were kicked out of the island by the Oxford-educated father of Chandrika Bandaranaike Kumaratunga.

The British who unified the separate territories in the island never heeded to federal solutions or any other power-sharing arrangements. They were only keen in transferring power to an elite that would be faithful to them and the chosen lot was the coastal Sinhalese. Transfer of power to an ethnic elite in an imbalanced way was the root cause of all the evils in the island. 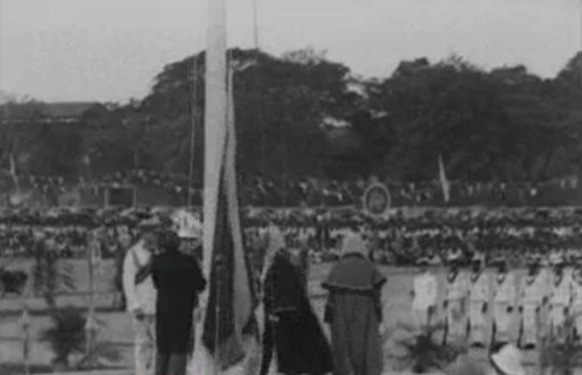 Chandrika’s family, ancestors and their ilk were much more beneficiaries of the British than any Tamil. It is a joke that she speaks on British favouritism to Tamils. But then she is not the only person to come out with this myth, which by repetition, like the Aryan origins of the Sinhalese, has become almost a fact to many.

Journalists are ‘compelled’ to show that they are ‘balanced’ in their writings and often they rub wrong areas.

Revati comes out with the myth as a passing reference and as something insignificant to the plight of today’s Tamils.

But, perhaps she is not aware of the fact that how the myth has taken a new avatar in sections of the diaspora to ‘inspire’ the gullible in the diaspora on the ‘virtues’ of not questioning the West and behaving as good children like their forefathers to the British, so that the West would bring back the pre-independence era through ‘regime change’ and would keep Tamils in contentment–never mind Tamil Eelam or any sovereignty-based solutions.

Revati also perhaps may not be aware that it is this attitude that is not questioning the LLRC-based ‘reconciliation’ even when it is worse than the rotten 13th Amendment rejected by Eezham Tamils.

The Tehelka feature says international actors like the UNHRC, the US and Indian governments take ambivalent positions on what happened. But they are not ambivalent. They are the ones who have taken a determined stand on making Eezham Tamils to forget Tamil Eelam, whether there is genocide or not. The Youth uprising in Tamil Nadu has grasped the issue and that is what makes many uncomfortable today.