The Queen is set to miss the Commonwealth summit in Sri Lanka, for the first time in 40 years. 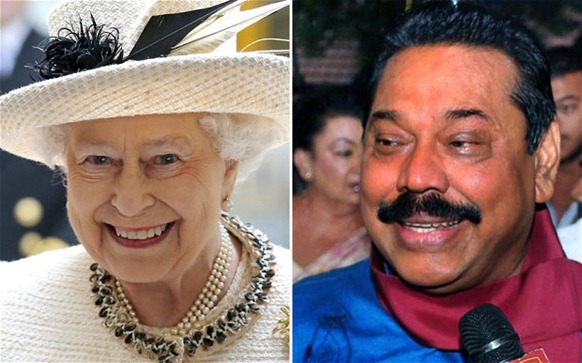 It is not yet known why the monarch will not attend the meeting. The Prince of Wales will go in her place, Buckingham Palace said.

The news comes amid controversy over the summit, with concerns having been raised by member governments over human rights abuses in Sri Lanka. But the decision by the Queen not to attend the Commonwealth Heads of Government Meeting (Chogm) is not thought to be related, according to Sky News.

It is not known whether the Queen, who is head of the Commonwealth, has decided to miss the meeting on health grounds, after she was admitted to hospital earlier this year suffering from gastroenteritis, or if her decision is part of a move to transfer more responsibilities to Prince Charles.

Every two years leaders of the 54 Commonwealth nations meet to discuss global issues, and the Queen attended the last meeting in Perth, Australia, in 2011.

The location of the meeting in Sri Lanka has divided leaders of the Commonwealth countries, concerned about the country’s human rights record and the ruling of its president, Mahinda Rajapaksa.

Prime Minister David Cameron has recently defied calls to boycott the meeting in November, and confirmed he will attend. A government spokesperson said: “We do not think that turning away from the problem is the best way to make progress in Sri Lanka. There’s nothing to suggest that not going will convince Rajapaksa he must do more.

“We believe that the attendance of many world leaders and the global media will help to shine a light on what is going on the country, what has been achieved and what more needs to be done.”

Canada’s Prime Minister Stephen Harper has said he will boycott the meeting and has demanded an inquiry into claims 40,000 people were killed by Sri Lankan troops in 2009. But Australia has said the boycott proposals are wrong.