If the British Prime Minister David Cameron is not prepared to boycott CHOGM hosted by Sri Lanka setting a new global paradigm on genocide, then the UK Tamils should have the guts to demonstrate the same sentiments they had showed to Rajapaksa visiting London to the British Prime Minister too, commented new generation Tamils for alternative politics in the occupied country of Eezham Tamils. As a first step, Eezham Tamils in the Conservative Party should resign, activists ‘instructed’ by the Establishment outfits should come forward to boycott them and the message should go to the Labour Party as well that was in complicity with the genocide. The individuals who continue in vain to cling to the Establishments and the ‘lobbyists’ in their service who do most of the lobbying on their own people have to be identified and ostracized, the alternative activists further said. 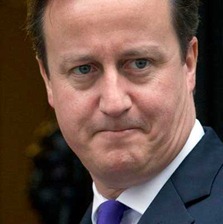 Eezham Tamils shouldn’t anymore plead with such leaders as such of UK, Australia etc., but leave them to get exposed in standing politically naked with Rajapaksa at the CHOGM, which will enlighten Tamils as well as 99 per cent of the world on the importance of isolating and targeting the one per cent that is treading on humanity, Tamils for alternative politics said.

Further comments from the Tamil political activists in the island follow:

The CHOGM issue has been hotly discussed for well over two years now. But, Tamils have to realise that the CHOGM issue is ultimately decided by the stand taken by the USA and India at Geneva in protecting the genocidal Sinhala State. The diaspora that failed in realising the importance of vigorously denouncing the US-initiated deception at Geneva in toto, is deemed to fail in the CHOGM issue as well.

Immediately after ending the war with calculated genocide, the main propaganda of the crisis outfits of the West was that the Tamil people are ‘tired’ of the struggle for independence and now they should drop it, but they may democratically continue their struggle for ‘rights’.

Sections of Tamils fell into the trap, started organising simulated struggles guided by the very adversaries, without realising that the agenda of the adversaries is to deviate struggles from targeting them, to get as much as benefits from Colombo by citing or managing the struggle and above all to make Tamils tired politically too.

If the struggle is not addressed in the right direction it will certainly be vain and tiring.

Certain sections of Tamils who had already been hijacked by the adversaries detracted the spontaneous uprising of the people in the diaspora during the last stages of the war and asked what was the use, in order to cast defeatism, to silence the people and to lure them towards a ‘tangent’ polity.

It is time for the Tamils to ask them back that what was the use in the tangent polity of theirs for four years, when what is happening today in the form of structural genocide permanently annihilating the identity of the entire nation of Eezham Tamils is worse than the genocide in the war.

The diaspora, not merely in the UK but all across the world, especially the younger generation, should realise that in their future struggles, addressing their own governments is more important than targeting the agent in Colombo.

A very significant development in this regard has come from the youth of Tamil Nadu.

The pre-Geneva media exposures have at least brought in an uprising in Tamil Nadu in the right direction, thus bringing in hope for the future and even making the Tamil Nadu State to officially commit to a stand aspired by Eezham Tamils.

But the tempo built up by the media exposures resulted in only disappointment, lethargy and mental tiredness in the diaspora that had sacrificed people’s politics for counting on the US agenda.

Much depends on who take up the articulation of the struggle.

Tamils should also realize that the future struggle is not simply confined to them alone. It is a struggle of humanity and mobilisation has to be in that direction. There are other Commonwealth countries – Malaysia, Singapore, South Africa, Mauritius, Seychelles etc., where the public has to be vigorously mobilised whether their Establishments listen or don’t listen.

Maldivians in the immediate neighbourhood have a special responsibility in telling their government to keep out of genocidal Colombo. Maldives will be vulnerably affected by any dangerous paradigm cropping up in the region. Intelligent Maldivians might have realised that as long as the LTTE was there, none of the bold advances of the powers that now intensely affect their country could take place, but they all now come due to the post-war disposition of the Sinhala State.

New Delhi Establishment keenly engineers in favour of genocidal Sri Lanka hosting CHOGM and getting the Commonwealth in its hands for the next two years –Vijay Nambiar in the UN then and Kamalesh Sharma in the Commonwealth now – diplomatic sources in the West cite. But that is no excuse for the treachery played on the part of the West. Tamils have been witnessing the game of passing the ball for ages.

Downing Street hopes that participation at Sri Lanka’s CHOGM would make that government to allow free provincial elections in September, The Telegraph said.

The Co-Chair countries that asked the people to go into the hands of the genocidal Sinhala State, washed their hands off once the Eezham Tamils herded into the barbed-wire camps were ‘released’ into open prisons and in jungle lands that were not their original villages. The IDP question has been successfully resolved amazingly at a short time, the culprits tell the world now. The deceptive provincial election will be another occasion to wash hands off and tell that the political solution too is over.

“Handing Sri Lanka the lead role for two years would “kill” the Commonwealth as a functioning diplomatic forum,” The Telegraph cited a Commonwealth diplomat.