The Mu’l’livaaykkaal Genocide Remembrance event in Los Angeles, USA on Sunday stated emphatically that asking the Eezham Tamil nation to reconcile with genocidal Sri Lanka was fraudulent and that a sovereign state of Tamil Eelam was the only solution, further criticizing the ICE for failing to address the chronic national question of the Eezham Tamils. The speakers at the event further affirmed the necessity for sustained pressure from the masses in Tamil Nadu to effect a change in the regional and global order. Commenting on the recent series of Tamil Genocide Remembrance events, a diaspora activist from Canada said the fourth year after Mu’l’livaay-kkaal has seen an increase in protests challenging the injustice of the world powers towards the Tamil nation, lamenting, however the eagerness of some in the Tamil diaspora to forsake national symbols under the slightest pressure.

The activist, referring to the Mu’l’livaaykkaal event held at Queen’s Park in Toronto on Saturday, said that the Canadian police had tried to persuade the Tamil public from holding the Eezham Tamils’ national flag.

While some second-generation activists tried to reason with police that the flag was a Tamil national symbol and that it was well in their democratic rights to uphold it, some senior members attempted to dissuade the Tamil youth from raising the flag at the event.

However, refusing to comply and asserting that the flag was an integral part of the Eezham Tamils’ identity, the second-generation youth and the assembled audience held their flags high throughout the event, the activist said.

Just as the national symbols are vital to the Eezham Tamil identity, it is equally important to raise the right slogans and place the right demands during such core events to allow no space for manipulation, as this is central to an informed Eezham Tamil politics, the activist further asserted.

Organized by activists of the May 17 Movement, the speakers at the event and the gathered audience strongly criticized the solutions based on the LLRC, condemning the UN and India for collaborating with Sri Lanka in the genocidal war on the Tamil nation.

Speaking to TamilNet, Rathish Kumar, a May 17 Movement activist from TN working in the US, said "The West’s refusal to recognize the genocide of the Eezham Tamil nation and to arrive at a corresponding political solution only encourages the Sri Lankan government to carry out its atrocities with impunity. Instead of talking about abstract ‘human rights violations’, the UN should take action against the genocide-accused in the Sri Lankan state and facilitate a referendum for Tamil Eelam."

Speakers at the Los Angeles event also talked about geo-politics in the Asia-Pacific region, especially about why Tamil Eelam was important for Tamils in Tamil Nadu. They urged that educated Tamils in Tamil Nadu need to be aware more of contemporary global politics and intersecting interests in that region. 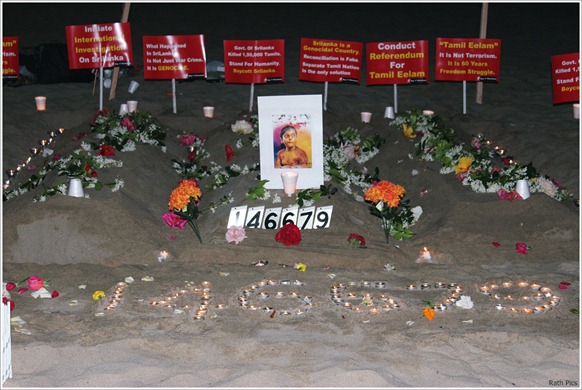 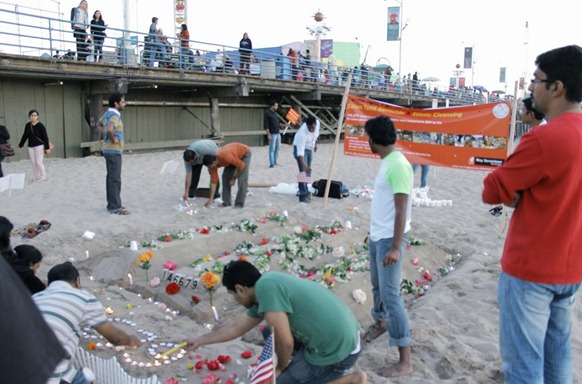