The Director of Multilateral Affairs and Human Rights of the U.S. National Security Council, Samantha Power, who has been nominated for U.S. ambassador to the United Nations, has been attending a Senate hearing on the nomination this week where she has been forcefully advocating action to stop “the grotesque atrocities being carried out by the Assad regime,” Washington media reported. Professor Boyle, pointing out Power’s conspicuous silence during the killing of Tamil civilians reaching genocidal proportions by the Sri Lanka military, said that Power now has a chance to "redeem" herself by establishing an International Criminal Tribunal for Sri Lanka, as did her predecessor Madeline Albright to the former Yugoslavia. 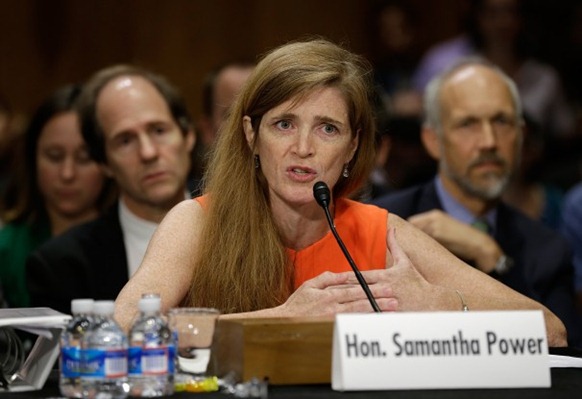 Professor Boyle said, "[Samantha] Power stood by and watched 150,000 Tamils be exterminated by the GOSL and did nothing to stop it that I am aware of.

"Despite the fact that Article I of the Genocide Convention clearly required that the United States government and all of its officials “undertake to prevent and to punish” genocide, Power did not “prevent” the GOSL genocide against the Tamils," Boyle said, adding, "But now she has the opportunity to redeem herself, the Obama administration and the United States government by acting “to punish” the GOSL genocide against the Tamils.

"Her predecessor Madeleine Albright as US Ambassador to the United Nations almost single-handedly established the International Criminal Tribunal for the Former Yugoslavia for the punishment of all the Serbian genocidaires against the Bosnians, including Milosevic, Karadzic, and Mladic, inter alia. Power has the right, the power and the obligation to do the same against the GOSL genocidaires, especially the Rajapaksas.

"We must all demand and settle for nothing less from her than what Madeleine Albright did for the Bosnians: Bring all the GOSL genocidaires to Justice," Professor Boyle said.

Ms. Power won a Pulitzer for "A Problem from Hell: America and the Age of Genocide," her book about America’s response to genocide. In the book she argues that American foreign policy in this area has failed; we promised "never again" after the Holocaust but willfully ignored genocides in Cambodia, Iraq, Bosnia, and Rwanda, she had earlier said, before she was invited to join the Obama’s first campaign.

Professor Francis A. Boyle is the author of "The Tamil Genocide by Sri Lanka (Clarity Press: 2010)," and "The Bosnian People Charge Genocide! (Aletheia Press: 1996)."