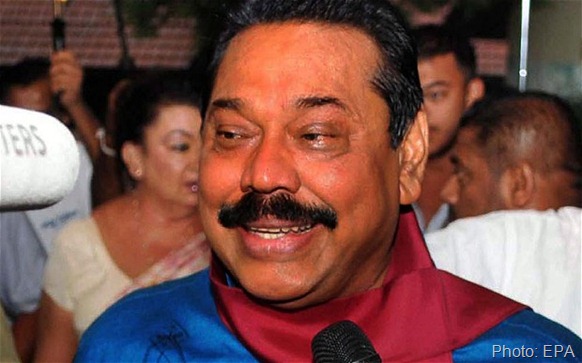 Khuram Shaikh, a 32-year-old Red Cross aid worker from Rochdale, had been in Sri Lanka to rest after an assignment in Gaza, when he and his Russian girlfriend were attacked by eight men in a hotel bar in Tangalle, on the south coast. One of the men accused of the attack is a prominent figure in Mr Rajapaksa’s Sri Lankan Freedom Party (SLFP).

Mr Shaikh was stabbed in the throat and shot dead after he complained about the men sexually harassing his girlfriend as they enjoyed a drink in the early hours of Christmas Day 2011. His girlfriend was beaten unconscious and gang-raped, according to Sri Lankan police.

But despite assurances from Mr Rajapaksa, suspicions of a politically-motivated cover-up to protect a key supporter have grown, amid threats against witnesses and misleading statements by government figures.

Britain and the United States have voiced serious concerns about the brutality of the attack and delays in the investigation while highlighting the increasing number of violent and sexual assaults in the country. Human Rights groups say the case reflects a culture of impunity throughout South Asia.

Britain’s High Commission in Colombo earlier this month questioned why little progress had been made in bringing the suspects to trial, while officials are concerned that the key suspect is a close friend of the president’s son.

Charges have yet to be made more than 18 months after the attack.

The Sri Lankan authorities recently switched the investigation from Tangalle, in the president’s home district, to the capital Colombo following complaints that witnesses had been threatened.

The Sri Lankan government earlier this month rejected suggestions that delays were politically motivated and reiterated its commitment to bringing those responsible to justice. It has blamed long delays in obtaining the results of DNA tests for the failure to bring the case to trial.

Simon Danczuk, MP for Mr Shaikh, said he did not believe DNA tests could take 28 months and told The Daily Telegraph he will raise concerns of a cover-up when he meets Mr Rajapaksa later this week as part of a Commonwealth Parliamentary Association delegation to Colombo.

"I’m going to confront the president of Sri Lanka on whether he thinks this behaviour is becoming of a Commonwealth nation.

"The perception is that they’re trying to cover it up. My guess is that [it’s because] the alleged murderer is a local politician who delivers for the ruling party, which delivers for the president and helps them remain elected," said Mr Danczuk.

He believed threats against at least two witnesses had been a key factor in delaying progress in the inquiry. The eight suspects were released after ten months in custody because of the delays.