“Northern Provincial Council election is a farce. Conduct UN referendum for Tamil Eelam, NPC elections is only a step further in structural genocide” said an influential section of Tamil activists in Tamil Nadu on Saturday when they came together to stage a protest at Va’l’luvar-koaddam in Chennai organized by the May 17 movement. Condemning the Indian and US establishments for imposing wrong and non-descript solutions on Eezham Tamils, the speakers at the event also blamed the global outfits such as the International Crisis Group (ICG) for advocating solutions within the unitary structure of the genocidal Sri Lankan State. 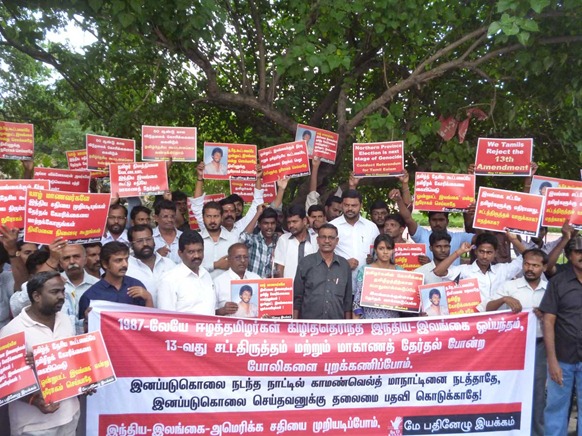 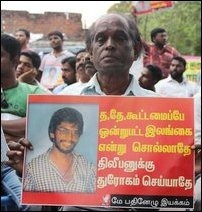 The protest, which saw the participation of Muslim organizations, leftist groups and the student movement along with Tamil national activists, also demanded India not to take part in the Commonwealth Heads of Government Meeting scheduled in Colombo later this year.

“13th Amendment is against Tamils Rights and Liberation, Eezham Tamils denounced Indo-Lanka Accord already in 1987, Students of Jaffna, don’t forget Thileepan,” were some of the slogans found in the placards carried by the protesters.

Umar Khayan, the coordinator of Islamic Youth Movement Against Genocide coordinated the speakers at the protest. 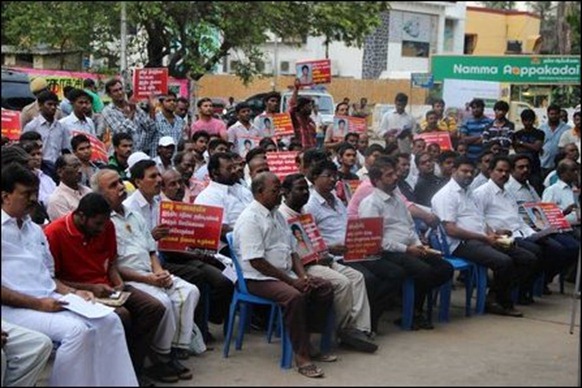 PDF: [Tamil] Extracts from the speeches at Va’l’luvar-koaddam 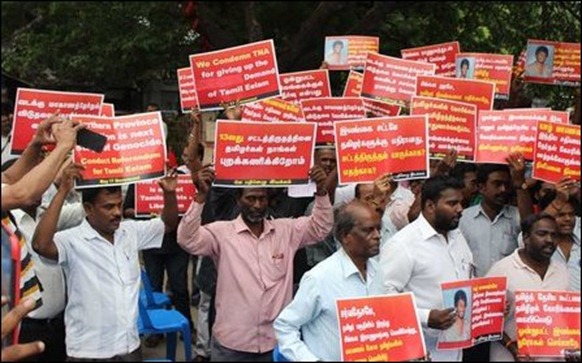 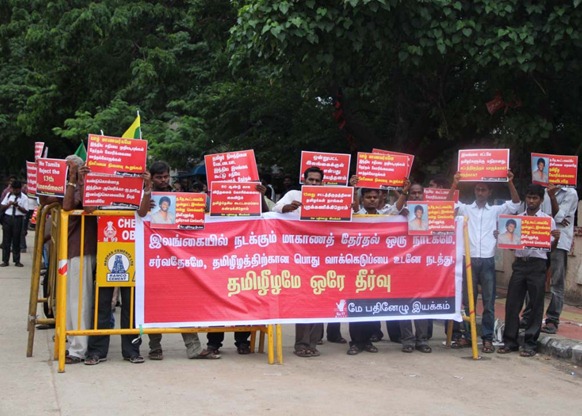