Many among more than a thousand people gathered in front of the Jaffna Public Library on Tuesday morning to personally convey their feelings to the visiting UN Human Rights Commissioner Ms Navi Pillay, started shedding tears when they found out that Ms Pillay was taken away, through the backdoor, by the Sri Lankan officials. The gathering that was mostly the kith and kin of the people missing in the war and the aftermath, was told by the organisers of the visit to peacefully assemble in front of the Jaffna Public Library so that Ms Pillay would be seeing them. Some of the people had even travelled from the South to convey their bereavement. But, after meeting the SL Colonial Governor, SL Government Agents of the districts in the North and SL-run provincial council heads of departments at the Public Library hall, Ms Pillay was led through the backdoor.

The visiting UN Human Rights Commissioner was scheduled to make a trip to witness the High Security Zone and to visit civil representatives in Jaffna.

But, in the last minute, the schedule has been completely changed, civil sources in Jaffna said.

Among the people standing outside the Public Library to convey their message to the visiting UN Human Rights Commissioner, there were also many Muslims whose relatives had gone missing in the South.

Ms Pillay was taken to the UN office at Nalloor Road where only a selected 15 people on behalf of the missing persons, would be meeting her. Every representative would be having 3 minute to present their case, the sources said.

Ms Navi Pillay is scheduled to be taken to the bungalow of the SL Governor later today for lunch, the sources added. 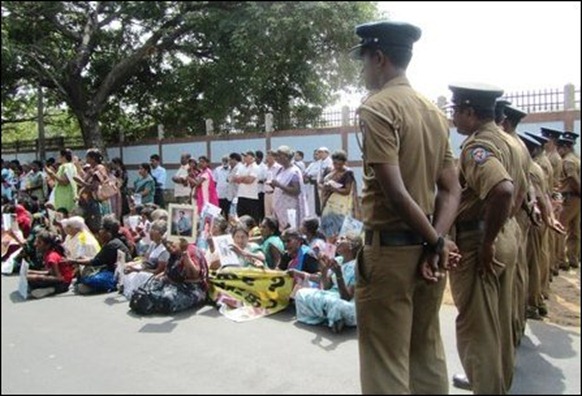 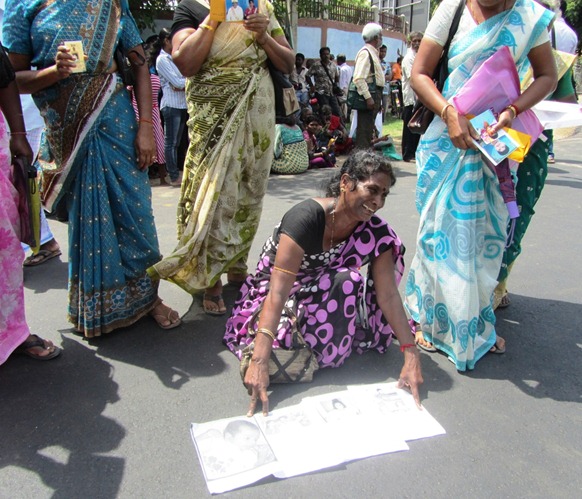 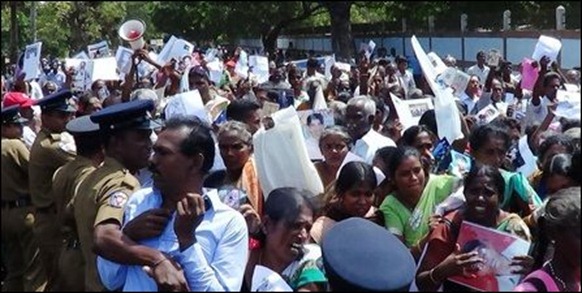 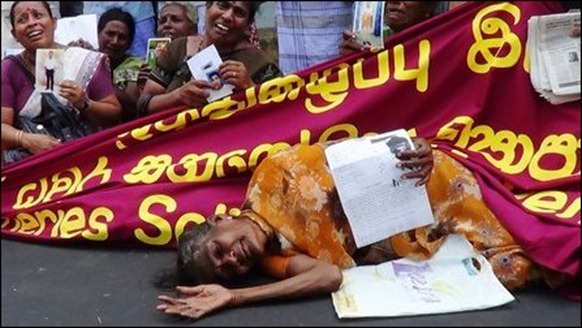 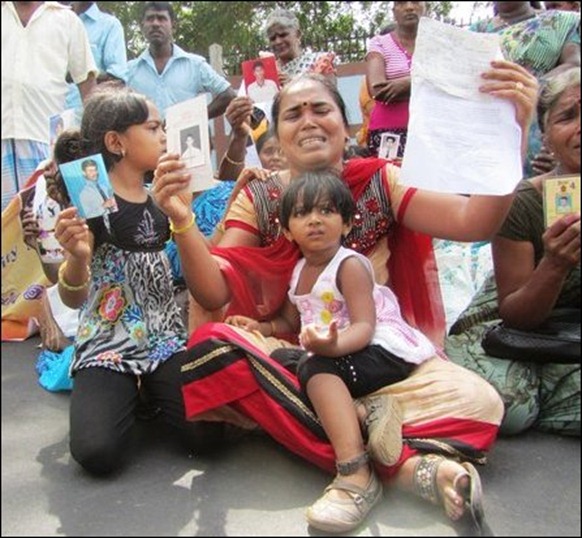