An Eezham Tamil diaspora Tamil man, 35-year-old Senthilkumaran Ratnasingam, has immolated himself in front of the UN office in Geneva on Thursday around 1:10 a.m. The authorities in Switzerland were initially reluctant to confirm or release the details of the incident. However, Tamil circles at Geneva told TamilNet that the Swiss police together with a group of Iranian activists, who were engaged in protests at the time of the incident, attempted to save his life and rushed him to Chuv hospital in Lausanne, where he succumbed to his injuries on Thursday around 4:15 p.m. Meanwhile, Iranian persons present at the site of the incident said they found a photo of LTTE leader V. Pirapaharan at the site. The latest self-immolation comes amidst disappointment prevailing among Eezham Tamils following the recent visit of UN Human Rights High Commissioner Navanetham Pillay to the island.

Mr Senthilkumaran, a father of three children, was living at Sion city in the canton of Wallis.

Usually a silent man, Mr Senthilkumaran, used to participate in all the demonstrations and protests since 2001, according to his friends. 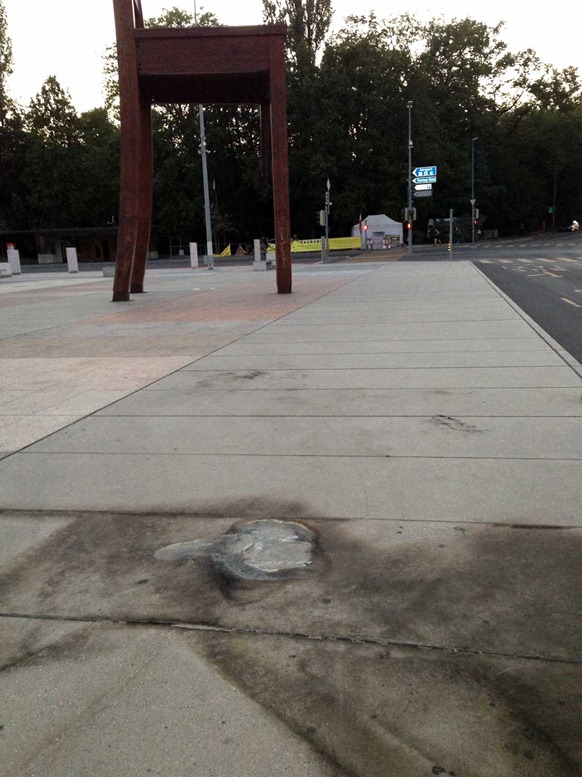 The site in front of the United Nations Geneva office where Mr Senthilkumaran immolated himself on Thursday.

When he phoned his father Mr Ratnasingam Wednesday night and concluded his conversation he had said: “Thamizharin thaakam Thamizh Eezhath thaayakam” (the yearning of Tamils is Tamil Eelam), his relatives said adding that he was disappointed with the injustice of the United Nations following the recent visit by UN Human Rights High Commissioner Ms Navanetham Pillay.

While the UN doesn’t recognize what happened in the island as genocide, and is unable to even conduct international war-crimes investigations, the UN Human Rights chief Ms Navi Pillay chose to tell the Tamil diaspora last week not to glorify the Tamil Tigers.

Ms Navi Pillay, who criticized the SL government for the lack of progress in human rights, sought to balance her stand by appreciating the so-called development programmes carried out by Colombo in the occupied country of Eezham Tamils.

Likewise, in her anxiety to balance an attack on her from certain sections of Sinhalese that she was a ‘Tamil Tigress’, she had chosen to come out with a statement depicting the LTTE as a brutal and murderous organization, observers said.

Navi Pillay’s imbalanced ‘balances’ have triggered much disappointment among Tamils.

The Swiss police was initially reluctant to provide details. However, they later issued a report stating that it was a self-immolation in front of the UN office and a police patrol attempted to rescue the man at 1:10 a.m. He was rushed to Geneva hospital and from their airlifted to Lausanne. But, he died in the afternoon at the hospital, the Police report said. The report also confirmed that there was a photo of a “LTTE soldier” at the spot. There were also photos of self-immolation that had taken place elsewhere.

A Tamil youth, Murugathasan, immolated himself at the same location in Geneva in 2009 at height the genocidal war in Vanni.