Do not conduct Commonwealth Heads of Government Meeting (CHOGM) in Sri Lanka and suspend Sri Lanka from Commonwealth till a referendum on independence of Eezham Tamils is held under UN supervision, demanded protestors belonging to 12 political parties and movements that participated in a protest in front of the British Deputy High Commission in Chennai and the Shastri Bhavan office of the Central Government of India at Nungambakkam on Friday. Describing the protest as a siege on Indian and the UK offices in Chennai, May 17 Movement, the organisors of the protest, characterised the Sri Lanka CHOGM as a ‘neo-colonial summit’. 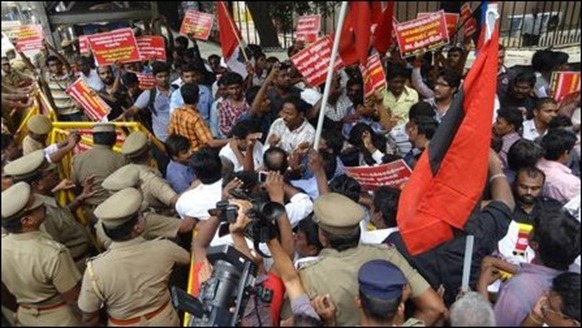 Disregarding the concerns of the entire people of Tamil Nadu as expressed by the unanimous Tamil Nadu State Assembly Resolution, there is a move by New Delhi to conduct Commonwealth Investors Conference as a side event to the CHOGM meet attracting leading Indian corporates to invest in the island of Sri Lanka, the May 17 Movement observed. “[A]n initial investment of 2 million USD is expected to flow towards Sri Lanka. AirTel, which already collaborated with Sri Lanka, remains the principal sponsor of the event.” 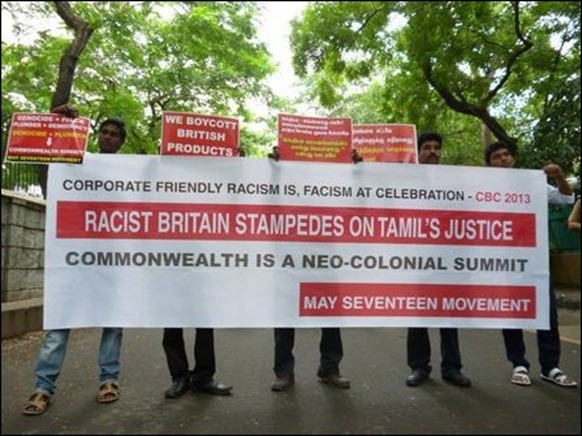 The Queen of England, the permanent president of Commonwealth, has failed to expel Sri Lanka from the CHOGM, the organisors of the protest said.

“When the military onslaught against Tamils was at its peak in 2009, instead of advocating for withdrawal of military offensive, Kamalesh Sharma, echoed the voice of Indian Government, saying usage of heavy artillery should be avoided. He communicated the same message to International Community and to the Commonwealth nations. By doing so, he concealed the catastrophe and stands complicit of genocide,” said the statement.

Kamalesh Sharma is an Indian diplomat functioning as Secretary General of the Commonwealth.

Two weeks ago, Canada’s Special Envoy to the Commonwealth, Hugh Segal, in a remark to The Guardian, launched a direct assault on the authority of Commonwealth Secretary General Kamalesh Sharma accusing him of "acting as a shill [a stooge] for the Sri Lankan leadership, defending their every mistake.”

Another Indian diplomat, Vijay Nambiar, is accused of tacitly bungling the UN responsibility to prevent genocide in the Vanni war while he was functioning as Chief of Staff of UN Secretary General Ban Ki-Moon. 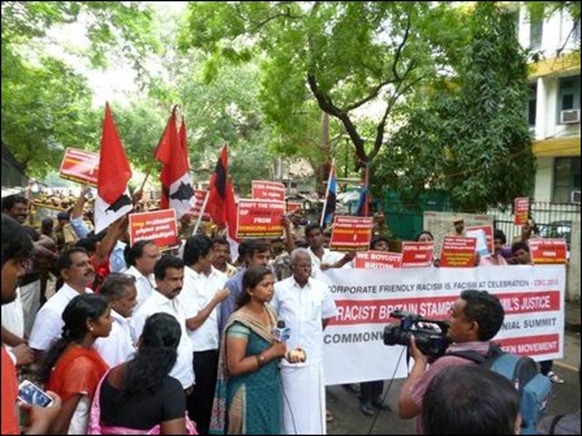 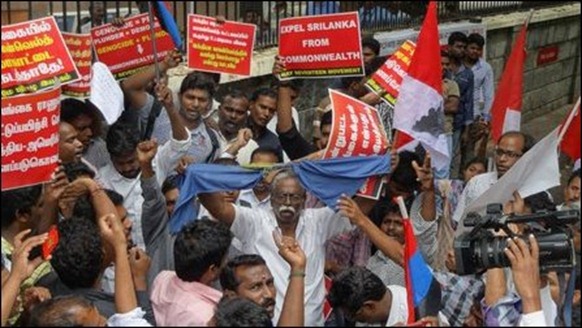 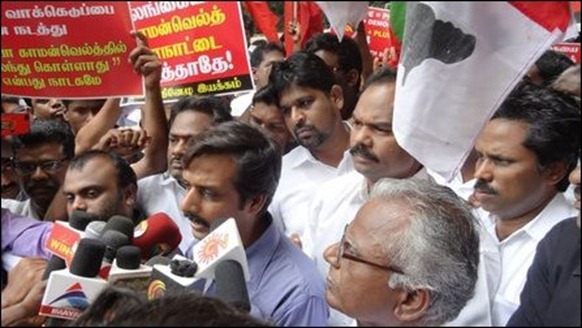 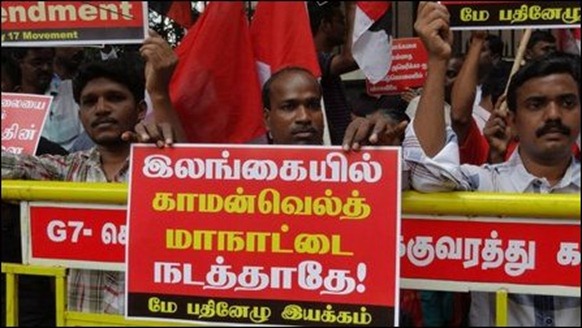 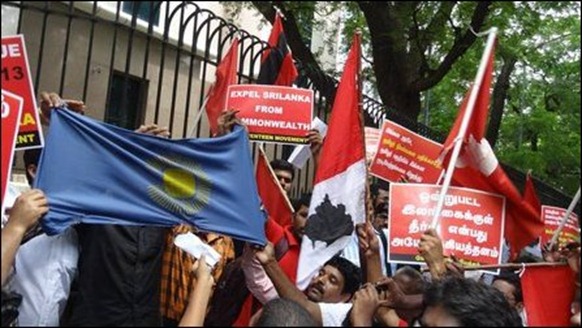 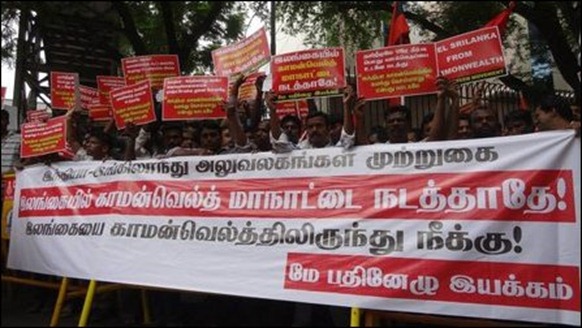