Sri Lankan Military Intelligence operatives have threatened the wife of a Tamil activist in Mannaar, while she was at her house with her 2 months old baby and a 5-year-old child on Thursday. Her husband, Jude Bashil Sosai (Sunesh) was at forefront in the demonstration held in Jaffna on 15 November demanding the attention by the visiting British PM David Cameron. The threat by alleged SL military operatives was reported on Thursday when Mr Sunesh was on his way to attend a meeting in Colombo. The president of the Citizens’ Committee of Mannaar District, Rev. Fr. E. Sebamalai, in a letter addressed to SL President Mahinda Rajapaksa on behalf of the citizens’ committee, on Friday said the Committee suspected Sri Lankan armed forces for the threat issued on Mannaar District Coordinator of National Fisheries Society Organization (NAFSO) Mr Sunesh and his family.

A few unknown persons, believed to be SL military intelligence operatives, knocked at the door of the house of Mr Sunesh on Thursday and shouted “ado Sunesh come out”. The fear-stricken wife of Mr Sunesh kept herself and the children silent inside the house. After a few minutes, one of the operatives tried to peep through by tearing the canvas over the grill, the letter by the Citizens’ Committe said.

One of the operatives then dialled to Sunesh and asked him to come out saying that they were waiting for him in front of his house.

On Friday, the Citizens’ Committee took up the matter, staging a protest, which went from St. Sebastian Church to the office of the Deputy Inspector General of the SL Police. 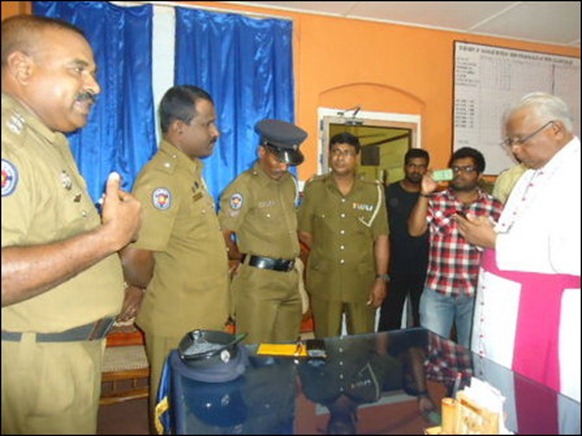 The protestors then proceeded to the District Secretariat and handed over the appeal of the Citizens’ Committee to SL Government Agent Ms Stanley de Mel.

The Citizens’ Committee also pointed out that the SL military and its ‘security’ forces had blocked the people from attending the Human Rights Festival, which took place in Sri Kotha in Colombo. The people were waylaid at Medawachchiya and Madu Road at Kaddai Adampan and turned back.

The relatives of missing persons, while peacefully demonstrating and demanding the visiting British PM to witness their plight, were attacked by the Sri Lankan Police, the letter by Fr. E. Sebamalai stated, also noting that Catholic Priests with the civilians too were manhandled. 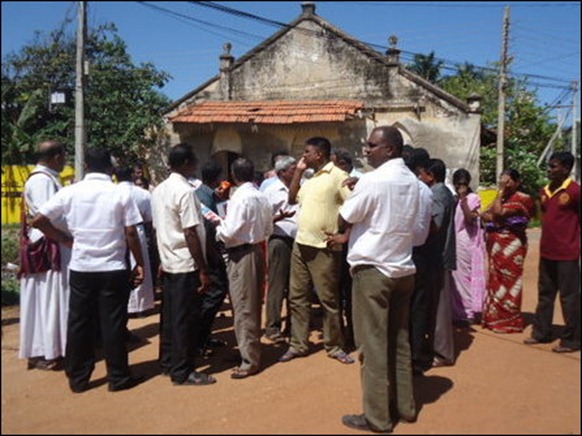 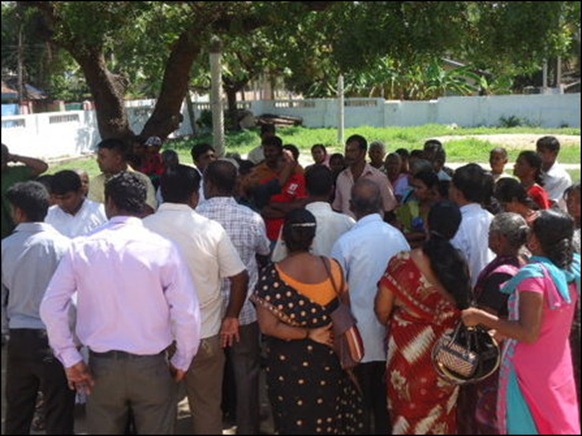