The Indian prejudice and the global injustice, committed on the nation of Eezham Tamils by the various powers, enabled the Sri Lankan State to wage its genocidal war on Eezham Tamils to its end. But, the Tamil Heroes together with their steadfast people, who had no support from any State party in the world, achieved a superior moral victory. This is a unique case in modern human civilisation. This year, the remembrance of Tamil Heroes gained far more significance than the previous years after 2009, as Eezham Tamils in their homeland defied the ‘gag order’ by the occupying SL military, Diaspora Tamils marked the day without giving room for divisions engineered by the intelligence outfits of the Establishments and in Tamil Nadu, the Tamil national grassroots and political movements marked both LTTE leader Pirapaharan’s birthday on 26 November and Maaveerar Day on 27 November.

It is the national question of Eezham Tamils that would be the defining factor of Tamil Nadu’s continued commitment to the Indian sovereignty, was the message coming from Tamil Nadu.

The most symbolic message touching the emotions of Tamils across the world came this year from Mullaiththeevu in Vanni, from an elected member of the Northern Provincial Council, Mr Thurairasa Ravikaran: “The waves of thoughts by Maaveerar are still highly prevalent in this Universe. We as a people would always be attracted to these thoughts. Our people are inseparable from their Heroes,” he said.

Eezham Tamils masses paid their tribute to Tamil Heroes in unified events organised in the cities and towns of various countries. In London alone, more than 30,000 Tamils attended the Maaveerar Day event. There was no factional division causing confusion among the Tamil diaspora this year in marking Heroes Day. A sharp message has been delivered to the intelligence outfits of different Establishments.

The Tamil diaspora has proved the need for UN referendum by democratically expressing the aspiration of Eezham Tamils as the independence of a sovereign state of Tamil Eelam.

Eezham Tamils expressed this in the self-organised, independently monitored, referendums held in 10 countries in the Diaspora, in 2009 and 2010.

Tamil Nadu has fully backed the demand for UN referendum and the demand has been democratically established since 2013 Assembly Resolution in Tamil Nadu State Assembly.

Having demonstrated the democratic aspiration of Eezham Tamils to those Establishments that rejected the claim, the Tamils have been firm in demanding remedial justice for the genocide committed upon them and continue to voice against the structural genocide taking place in their occupied country.

Even the attempt by the International Community of Establishments to showcase a different ‘demand’ through Sampanthan-Sumanthiran-Wigneswaran trio stands exposed.

Kumaratungas, Fonsekas, Wickramasinghes and Rajapaksas will stand rejected in the Tamil homeland until they are prepared to concede the nationhood of Eezham Tamils in its truest sense.

Likewise will be the ‘engagement’ of Eezham Tamils towards the Establishments of Washington, London, New Delhi and Beijing.

“In our Universe, the rules are different. If you want to continue to play the geopolitical game anymore, be prepared for a genuine engagement without deceptions,” is the message to the ICE by the global Tamils in 2013, when the Tamil geopolitics is becoming a reality, four years after the genocidal onslaught in 2009.

The immediate message to the ICE from Eezham Tamils is that it cannot achieve anything by keeping the matter under the carpet of Human Rights Council in Geneva anymore.

Talking about freedom of expression in the island is a sham if those wishing to ‘engage Sri Lanka’ refrain from talking against the 6th Amendment of the Sri Lankan Constitution. 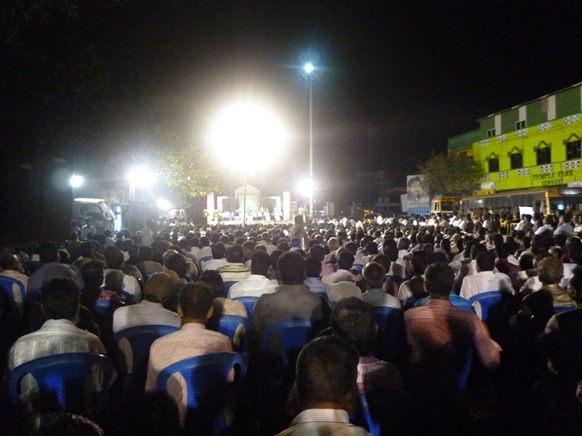 A powerful democratic political force should checkmate the New Delhi Establishment on foreign policy outlook of India if Tamil interests are to be won, was the message coming from Kovai Ramakrishnan of Thanthai Periyaar Dravidar Kazhakam (TPDK) movement and Tamil National Communist Party, who took part in the Chennai event. Vellaiyan, the leader of Tamil Nadu Traders Association, Director Pugazhenthi Thangaraj, Paari Mainthan from Tamil Nadu Students Federation and the representatives of Dravidar Viduthalaik Kazhakam (DVK). 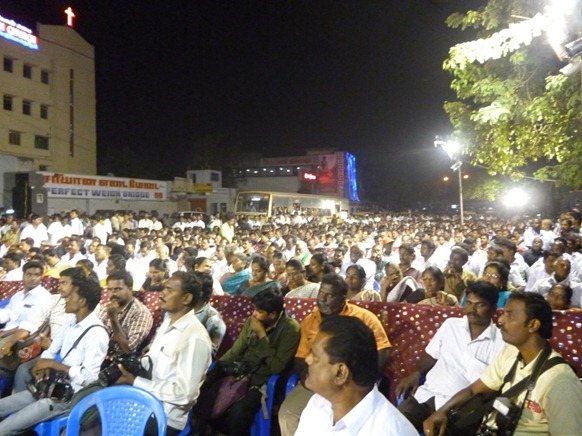 A section of participants at Chennai event 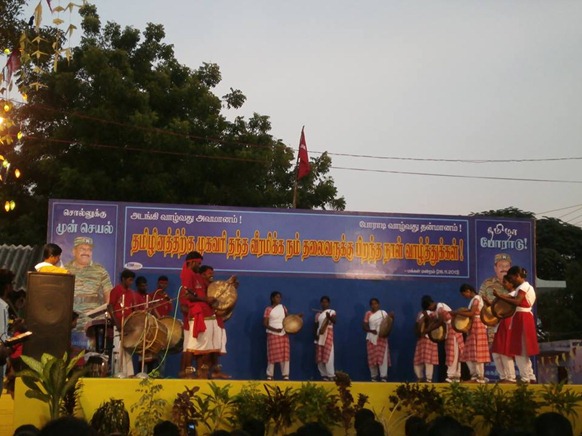 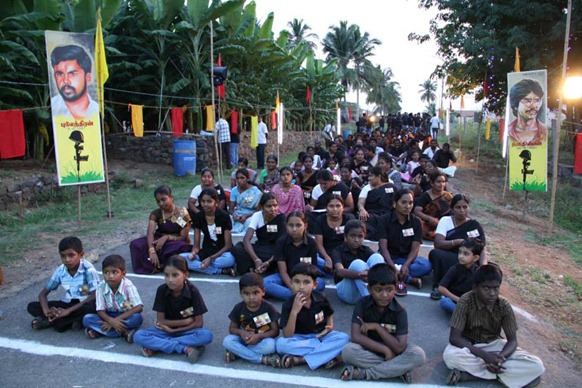 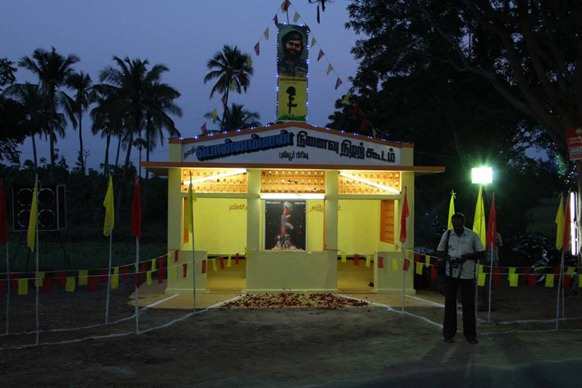 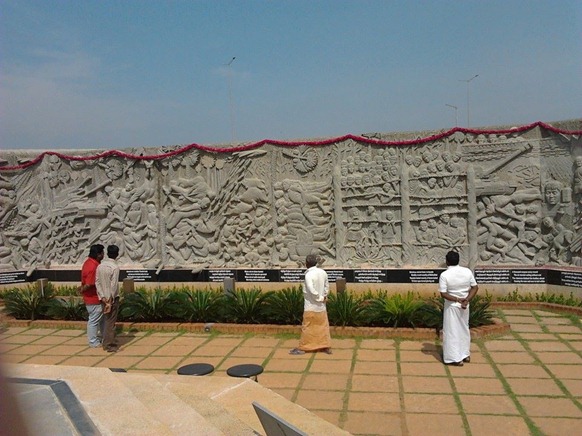 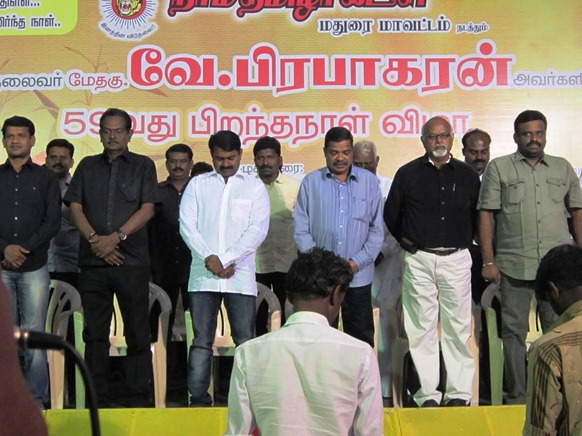 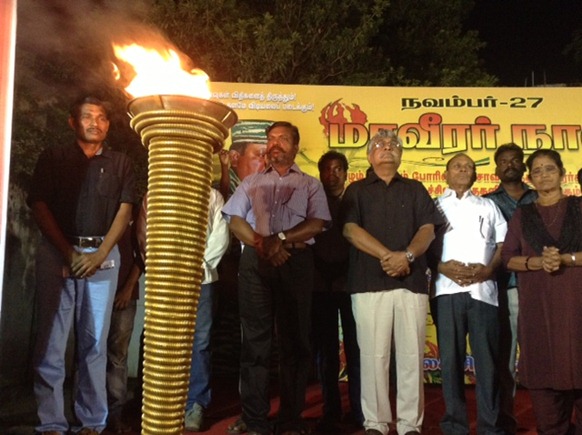