Genocidal Sri Lanka’s President Mahinda Rajapaksa’s submissions to the UNHRC seek international pressure on the TNA and the UNP to take part in the deliberations of the deceptive Parliamentary Select Committee (PSC). Rajapakse has not implemented even a single recommendation of his own Commissions and Committees so far. On what grounds can the International Community guarantee that a future for the Tamils lies in Sri Lanka, questioned a media release of the Tamil Action Front, New Zealand, on Tuesday. The media release signed by Mr. A. Theva Rajan reminded Tamils and the international community to never subscribe to the continuity of the catalogue of deceits. 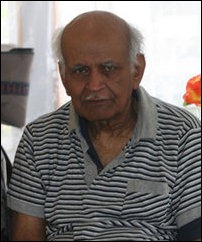 Can any Sinhala leader make bold to claim that any of the agreements reached between Sinhala and Tamils leaders starting from the first agreement signed on 7th December 1918 by Peiris – Samarawickrema (2 Sinhala leaders) and Arunachalam , till end of 2013 – a period of 95 years – been implemented, asked the TAFNZ media release.

“If Arunachalam’s son Mahadeva and G G Ponnambalam had stuck to what Arunachalam and Sandrasagara stood for, and supported at least the Kandyan demand for Federalism led by S W R D Bandaranaike and the Kandyan Chiefs, the Tamils would not be in this sad plight as today,” the media release said.

But the TAFNZ media release also reminded the world on the realities of Sinhala psyche, how even federal was not possible when it was the demand of Tamils.

“An interesting reflection of the Sinhala psyche was noted when the late Mr. Albert Godamune, a Kandyan Chief and one who signed the demand of the Kandyan Chiefs for a federal constitution began to oppose federalism when S J V Chelvanayakam demanded Federalism,” the media release said.

“He has lulled the rural Sinhala masses into believing that he has successfully rid the Sinhala Buddhist country of the alien Tamil Hindu menace. He has to maintain this to keep himself in power in spite of draining the country of its wealth and economic survival.

“The universal post war psyche of the Sinhala rural masses vis-a-vis the Tamils is that of victor and the vanquished. It is very unlikely that this will ever change.

“More stubborn than this ground reality is the Constitutional position of the PSC. The PSC is constituted with members of Parliament who have vowed to uphold the Constitution.

“The Constitution is a nasty rigid unitary constitution. The Members of Parliament cannot recommend any power sharing or devolvement of power or any form of autonomy as members of the PSC, an appendage of the this Parliament, which in turn is a creation of the very Constitution.

“The PSC cannot therefore recommend a Constitutional device that could meet the aspirations of the Tamils.

“President Percival Rajapakse’s oft chanted mantra of a solution through the PSC is counterfeit logic and is just another of his hoodwinks,” the media release said.

A high level team of SL officials, led by Mr Lalith Weeratunga, Secretary to the SL President, briefed the Permanent Representatives of States at the UN and met Ms Navaneetham Pillai on 21 January.

Mr. Weeratunga had emphasized the importance of the opposition including the Tamil National Alliance (TNA) joining the government to make the Parliamentary Select Committee (PSC) that had been constituted, fully functional, the media report said.

According to the media report, during the Q&A session, commended the SL government for its commitment to and efforts in implementing the LLRC recommendations. Even the others were only questioning the “aspects of the implementation and the speed.”

Weeratunga was harping on saying that the solutions to reconciliation cannot be found overnight and that trying to do so at the stroke of a pen could be detrimental to a sustained process.

Responding to questions on what measures were being taken to prevent terrorism recurring in the country, Colombo’s UN Ambassador Aryasinha explained that while terrorism had been eradicated in Sri Lanka, many former LTTE cadre and sympathizers continued to be active, particularly in the western countries. He said that for these elements it was important to keep the pot boiling in Sri Lanka, as a means to stay relevant and to justify their continued existence in the more affluent host countries. He appealed to such countries to be very cautious of this fact, as it ran the danger of derailing reconciliation efforts in Sri Lanka, Daily Mirror reported.

Commenting on the Sinhala psyche noted by Theva Rajan and the current efforts of the officials, intellectuals and media of the Sinhala State, an academic in Jaffna cited a recent ‘unconventional obituary’ written by H.L. Seneviratne to Professor Stanley Jeyaraja Tambiah, who passed away in the USA on 19 January. 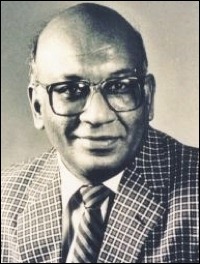 Writing on the veteran anthropology professor’s long studies on Thai Buddhism, H.L. Seneviratne said, “If Professor Tambiah’s first Thai study represents a view from the village, and the second from the capital city, the third can be described as a view from the forest.”

Citing on Tambiah’s second Thai study, and drawing parallels in the island, Seneviratne wrote the following:

“The traditional polity of Thailand had no fixed centre or bounded territory. It consisted of a multiplicity of pulsating centres whose fortunes waxed and waned.

“In this system of inherent instability, a conquering hero emerges periodically from some corner of the political universe, and succeeds in bringing a considerable expanse of territory under “one umbrella”, without ever gaining effective control, but claiming ritual dominion.

“This claim is made on the model of the ideal Buddhist ruler, the “wheel-rolling emperor” (cakravarti) who, according to myth, conquers the directions by rolling the auspicious wheel in each direction, only to renounce the territory thus conquered, giving it back to the local ruler who in return accepts the wheel-roller’s ritual sovereignty.

“Parallels with Sri Lanka are clear, as in the case of Dutugamunu, emerging from the peripheral south, and marching on victoriously to bring the whole island under “one umbrella”. Such periodic concentrations of power enabled the king to support the Sangha economically and organizationally, giving rise to a pattern of simultaneous rise or fall in political and ecclesiastical fortunes. The effect on the Sangha is paradoxical: the king’s enhanced power meant that he could ensure the Sangha’s hierarchical authority, but it also gave him the ability to control the Sangha, for example, by staging “purifications” (sasanavisodhana).

Coming to Tambiah’s Sri Lanka studies, Seneviratne observed: “The identification of Buddhism with an ethnic group and a territory made it exclusive, demoting other groups to second class citizenship. Tambiah points out how this contrasts with the historical process of inclusion that characterized Buddhism, enabling new and incoming groups to be incorporated as equal citizens in a land that all shared. As pointed out by the distinguished anthropologist Gananath Obeyesekere, this is depicted in folk rituals performed up till now.”

Commenting on Tambiah’s book “Buddhism Betrayed,” Seneviratne said: “Far from being a work that should be banned, Buddhism Betrayed? should be read by every literate Sri Lankan, for what it contains is a patriotic message. Tambiah is appreciative of the genuinely nationalist and anti-imperialist urge to assert indigenous culture, and the restorative nationalist and cultural project that came into being in the 1960s and 70s. Most disarmingly of his Sinhala Buddhist critics if only they read the book, Tambiah imagines a pluralistic Sri Lankan culture with a distinctively Buddhist stamp, a position that brings him close to thinkers like Martin Wickremasinghe. To brand him a separatist and a Tiger is as ignorant as it is absurd.”

Seneviratne’s projection is nothing but ‘Tambiah Betrayed’ or more specifically, ‘Tamils Betrayed’.

Whether through a genocidal war, or through the structural genocide of reducing Eezham Tamils into ‘Kohomba Kangariya’ folk; whether through a military conquest or through assimilation in the guise of ‘pluralism’, what is envisaged collectively by the Sinhala politicians, military, monks, intellectuals and media is the annihilation of the nation of Eezham Tamils in the island and consolidation of the Sinhala-Buddhist State.

All their projections, approaches, representations, sermons and solution models basically reek of genocide.