Having covered the 21 May, 1991 assassination investigations and going to each and every hearing of the two inquiry commissions — the Verma Commission and the Jain Commission — I can safely say that the Supreme Court’s verdict on Tuesday,  commuting death sentence of V Sriharan also known as Murugan, T Suthendraraja also known as Santhan and AG Perarivalan also known as Arivu to life imprisonment in the assassination case, is a rebuff to the UPA government.

Here is the copy of the verdict:

The arguments put forth by the Centre through Attorney General Goolam E Vahanvati were laughable and all were rejected by the Supreme Court. Obviously, these were not Vahanvati’s personal views and he merely put forth the UPA government’s considered opinion in the matter. 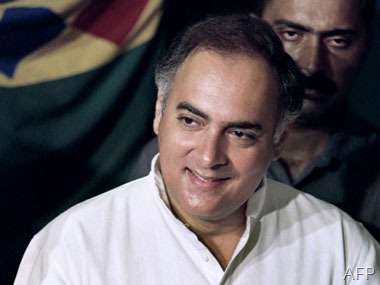 The petitioners’ counsel Ram Jethmalani’s only contention was that the death row convicts’ sentence should be commuted to life imprisonment in view of inordinate delay of more than 11 years in disposal of their mercy petitions.

Vahanvati opposed Jethmalani’s plea contending that the delay caused was not at the instance of the head of the executive and was not unreasonable.

The apex court rejected Vahnavati’s argument with the following observation: “Exorbitant delay in disposal of mercy petition renders the process of execution of death sentence arbitrary, whimsical and capricious and, therefore, inexecutable. Furthermore, such imprisonment, occasioned by inordinate delay in disposal of mercy petitions, is beyond the sentence accorded by the court and to that extent is extra-legal and excessive. Therefore, the apex constitutional authorities must exercise the power under Article 72/161 within the bounds of constitutional discipline and should dispose of the mercy petitions filed before them in an expeditious manner.”

The three-judge bench headed by Chief Justice P Sathasivam recalled that after Tamil Nadu Governor’s rejection of the three convicts’ mercy petitions on 25 April, 2000, these petitions were forwarded to the Ministry of Home Affairs on 4 May, 2000. The MHA submitted the petitioners’ mercy petitions to the President for consideration on 21 June, 2005 after “an unreasonable delay” of 5 years and 1 month, to use the apex court’s words.

Thereafter, on 23 February, 2011, the MHA recalled the petitioners’ mercy petitions from the office of the President, another delay of 5 years and 8 months. Ultimately, the then President Pratibha Patil rejected these mercy petitions on 12 August, 2011 after a delay of more than 11 years.

Now have a look at the strange arguments made by the Attorney General with regard to the two sets of the delay.

Vahnavati explained the first set of delay of five years and one month by saying that shortly after the receipt of the mercy petitions in 2000, a note was prepared but thereafter the file was lying in the drawer of some officer of the MHA, and, hence, could not be processed.

As regards the second delay of 5 years and 8 months, the Attorney General admitted that this delay could not be explained in any way.

The second bizarre argument made by the Attorney General was that the test laid down by the Supreme Court in cases involving delayed mercy petitions requires the petitioners to actively demonstrate the sufferings occasioned by the delay. He also said that in the present case, the petitioners had been “having a good time in prison and they have not suffered at all” and hence were not entitled to any relief.

The Supreme Court rightly tossed this argument out of the window, observing that “the argument that the petitioners are under a legal obligation to produce evidence of their sufferings and harm caused to them on account of prolonged delay is unknown to law.”

The apex court went on to elaborate on this point thus: “Such a prerequisite would render the fundamental rights guaranteed under Part III of the Constitution beyond the reach of death-row convicts and will make them nugatory and inaccessible for all intent and purposes. Besides, there is no requirement in Indian law as well as in international judgments for a death-row convict to prove actual harm occasioned by the delay. There is no obligation on the convict to demonstrate specific ill effects of suffering and agony on his mind and body as a prerequisite for commutation of sentence of death.”

It is painful to see the country’s top law officer making such a lame argument which is completely bereft of human sensitivities.

The Supreme Court admirably did not swallow this and showed the human side of the law which is so very essential. The apex court liberally quoted from Murugan’s writ petition filed before Madras High Court in 2011 wherein he has described his sufferings.

Here is an excerpt from Murugan’s prayer, duly noted and stressed by the Supreme Court: “For each day after the sentence of death was confirmed by the Hon’ble Supreme Court, and while my mercy petition was pending before the Hon’ble President of India, my family and I have undergone a living hell not knowing whether I would live or die, and whether I would live to see another day or draw another breath, or whether that day and that breath would be my last. I state that I have been swinging between life and death for these past many years confined in a single cell. I state that I have suffered enough and that it would not be in the interests of justice to compound this suffering by executing me. I submit that the interests of justice would be served by converting the sentence of death to one of life imprisonment… Every person passing my prison cell is imagined to be the harbinger of news regarding the outcome of the mercy petition, or the date of my execution. Such torment is a punishment far worse than death.”