The occupying Sri Lanka Army arrested a 13-year-old girl and her 48-year-old mother, the only remaining female members of a family that has lost three men in the war, two of them died in the war and the last one missing after he surrendered to the Sri Lanka Army at the end of war in 2009. The two traumatized victims were voicing for the release of the only male, whose whereabouts are not revealed by the SL military. The mother, Jeyakumari Balendren, went to LLRC and to all the protests and became a leading activist in mobilizing the families of the missing in Ki’linochchi district. The daughter Vipooshika became the symbol of young children searching for their loved ones. Now, Colombo has sent the mother to Boosa prison in South and the daughter to so-called ‘Juvenile Correction and Rehabilitation Centre’ in North through its judiciary. 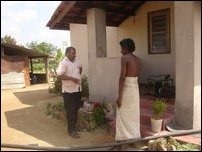 The international community should take a serious note on the story of the family, says former Tamil parliamentarian and Tamil National Peoples Front (TNPF) General Secretary Selvarajah Kajendren, who received a phone call from the mother just before her arrest on Thursday evening.

Vipooshika’s father left the family when she was a child. Elder brother was killed in a battle in the war. Another brother was also killed during the war. The last son was in the LTTE. After April 18, 2009, the family lost all contact with him in Vanni. But, later the photo of Vipooshika’s brother appeared in a Sri Lankan government publication where former LTTE members subjected to SL military ‘rehabilitation’ was featured. The mother took up the issue with the SL authorities showing them the proof of her son’s photo in January 2014. But, to date, the whereabouts of her missing son is not revealed by the military.

“Every time we organised a protest to highlight the plight of the missing persons and their families, Jeyakumari used to join the protest. She was also a key activist in mobilizing the families of missing persons,” says Selvarajah Kajendren.

When the British Channel 4 visited Jaffna together with the visiting British Prime Minister, the family was there in a protest. The organisers of the protest, despite many of them being Catholic priests, were threatened by the SL military, which staged a counter-protest against the Channel 4 on the day of the visit by the British PM.

On Thursday evening, Selvarajah Kajendren of the TNPF, rushed to Tharumapuram after receiving the SOS phone call from Jeyakumari, who told him that the SL military was trying to arrest her. According to his knowledge, there was only the mother and daughter inside the house when the military came to the spot.

As he lost the contact with her Kajendren, few other lawyers and journalists rushed to Musilampaddi village in Tharumapuram. Hundreds of Sri Lankan soldiers were deployed there and all contacts with the family and the village were cut off.

The residents said there was only the girl and her mother at the house at the time of the incident. There was a talk that somebody was running and that the SL soldiers were chasing him. But, that story is told by the SL military. No one of the residents witnessed it.

The name of a man was mentioned. But, he was a vehicle driver and was a silent type according to the residents. He was not at the village when the SL military rounded up. The residents of Tharumapuram say that they think it was either a trap or a story coined by the occupying military.

The SL military and the police later took the mother and the daughter to Vavuniyaa and back to Ki’linochchi. The mother has been reportedly sent to notorious Boosa camp in the South to be remanded up to 14 days and the daughter was handed over to a juvenile rehabilitation centre through a probation officer in Ki’linochchi. The girl was admitted to Ki’linochchi hospital under the supervision of a ‘probation officer’ for medical care as the girl had recently attained puberty.

The SL military message to those who take part in peaceful protests demanding the release of those detained is that they would do anything against such mobilization.

Occupying Colombo, which was experimenting with ‘grease devils’ and sent university students for their peaceful protests to military rehabilitation and introduced ‘leadership’ training to students entering the universities, has staged a scene in Tharumapuram to put an end to the mobilisation of the peaceful protests, say Tamil activists in Vanni. 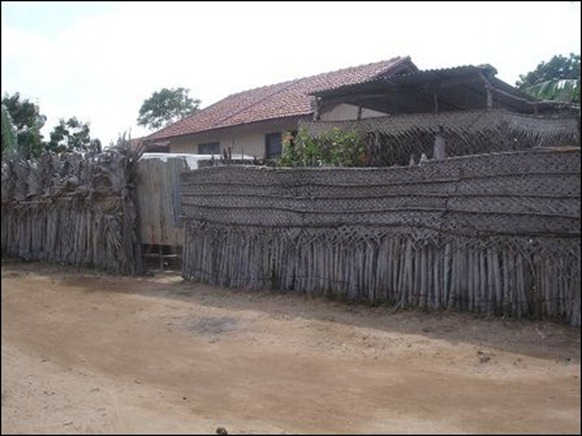