The rulers of the Sri Lankan State are not prepared to come to light; they continue with their activities in darkness. They are capable of telling bigger lies than Satan’s biggest lies, said Rt. Rev. Dr. Rayappu Joseph, the Catholic Bishop of Mannaar, taking part at a peaceful rally in Mannaar on Friday. Even the investigations that are about to commence with international monitoring, as it is being proposed now, are not adequate, he said. “We don’t need it. The Sri Lankan State is capable of guiding even that process under the darkness. The Sri Lankan government is capable in twisting everything through its propaganda orchestration. We also know what happened to the doctors who came from the war zone. As far we as we are concerned, there should only be an international investigation that could bring justice,” the Bishop said.

“During the war, everything they did was against the international law and norms. They used even the food and medicine as weapons of war. Even the embassies present here were blindfolded at the time of the war,” the Bishop told the people and activists who were taking part in the one day fast for justice campaign.

The latest voice of Mannaar Bishop, who presented a model resolution reflecting Tamil expectations, shows his thorough disappointment with the drafting nations at Geneva, political observers in the island said.

The Sri Lankan government was first trying to stop the peaceful campaign using its justice system. As it didn’t materialise, it deployed more than 50 military intelligence operatives in civil at the site, journalists said.

Tamil National Alliance parliamentarians, Northern Provincial Council members, Mannaar Citizens Committee, civil groups in Mannaar and the families of missing people took part in the one day fast that was observed from 9:30 to 3:00 p.m. at the public playground of Mannaar. 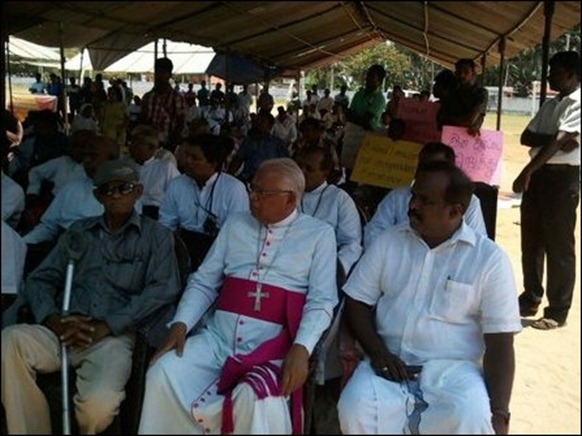 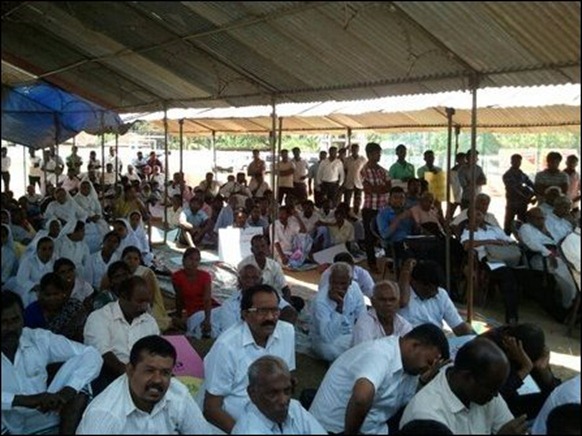 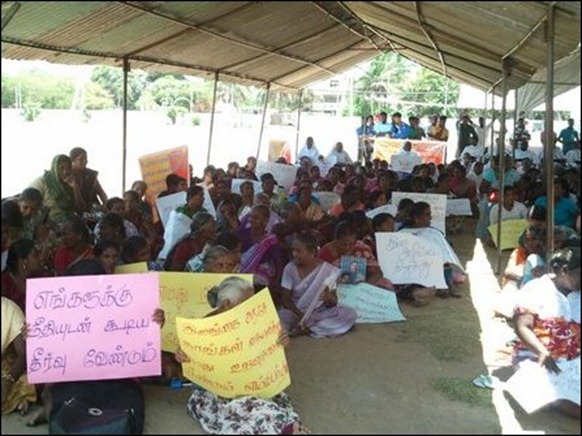 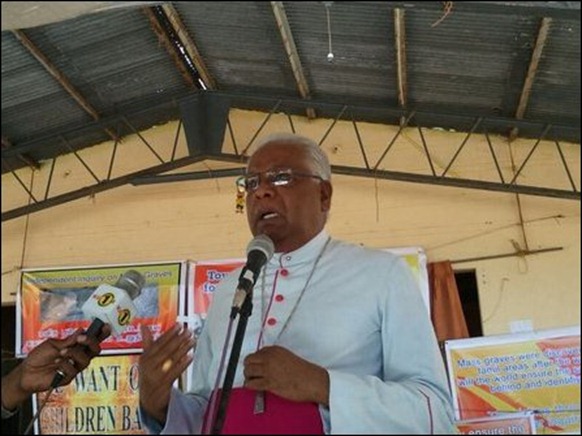 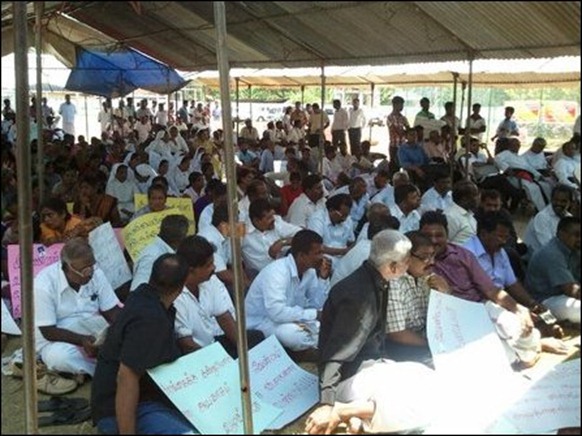 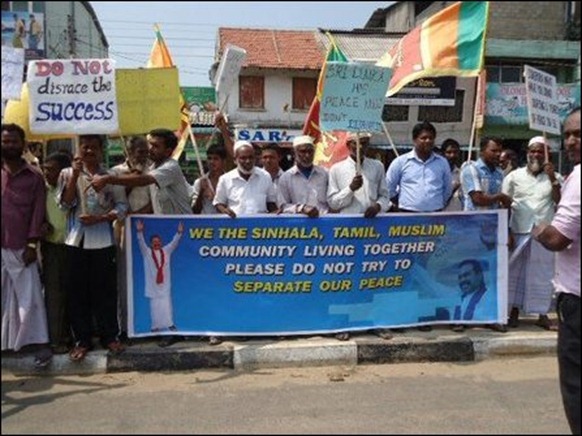 On 17 March 2014, Sri Lankan military intelligence operatives together with SL policemen in civil uniforms took some Tamil people from Peasaalai, Channaaar, Koo’raay, promising them job opportunities and other forms assistance, without telling them the intention behind the pro-Sri Lanka rally. Many of them returned without attending the protest. As the attempt failed, they used fishermen from Negombo who were engaged in fishing at South Bar to take part in the protest. Sinhalese and Muslims were also brought from South. 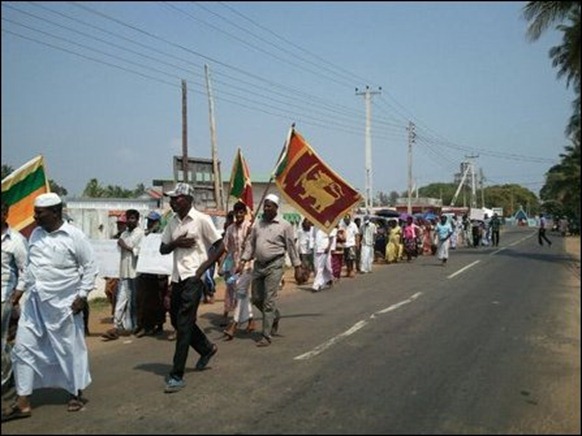