A two-day consultancy workshop initiative, named Northern Education System Review (NESR) launched by the Northern Provincial Council Minister of Education, Sports and Cultural Affairs Mr T. Gurukularajah has been hijacked by Colombo’s unitary State authorities and the military governor of the North, disrupting the conference team’s initiative to invite independent Tamil educationalists from the Tamil diaspora to take part in the proceedings held in Jaffna on Wednesday and Thursday. 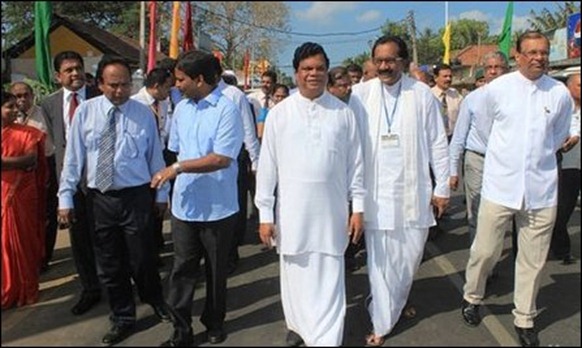 The conference reminded of the times when the colonial British administration was engineering and controlling education, teacher training etc. of the natives in the island. It is now re-enacted in the country of Eezham Tamils by the Sinhala Agent State in Colombo and by its collaborators, academic sources in Jaffna commented. 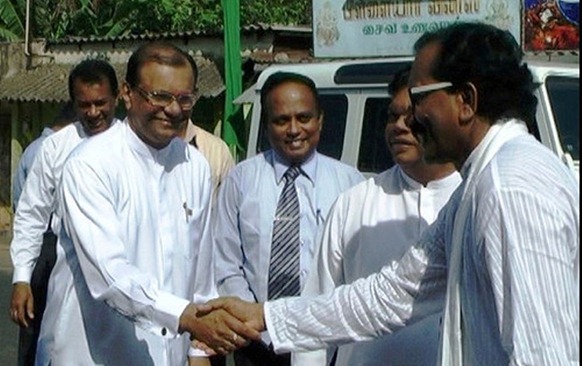 While the NPC minister towed a ‘collaborative’ line with the central authorities of the SL unitary system by avoiding the participation of his fellow TNA councillors and politicians, genocidal Colombo’s Education Minister Bandula Gunawardana ridiculed the move by bringing with him the paramilitary EPDP politician Murugesu Chandrakumar, politicising the meeting, academic sources in Jaffna told TamilNet.

The initiative was launched to address the backward situation of North, which has long been subjected to a systematic programme of structural genocide by the occupying Sri Lankan State. 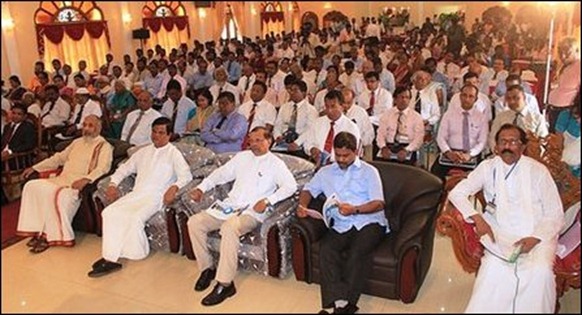 Although selected Tamil academics and engineers were given topics, the observation sessions were managed according to Colombo’s agenda, news sources in Jaffna said.

Dr. N. Ethirveerasingam, who was addressing many of the sessions of the conference, was also addressing on the Establishment of The Institute of Tamil Medium Education and Teacher Training.

In colonial times, when getting teacher training was a prerogative of only those who have agreed to change their religion, the native revival movements in Jaffna challenged it and established their own teacher training institution, without caring the British administration.

After the so-called independence of Ceylon, in good faith Tamils handed over such institutions along with other educational institutions numbering around 300, run by the Hindu Board of Education, to the Sinhala State in Colombo in 1960. The manager and leading light of the board, Mr. Rajaratnam, not only handed over the institutions but also contested elections on the UNP ticket in the Koappaay constituency, against Mr. C. Vanniyasingham of the Federal Party. Tamil public highly respected Rajaratnam for his contributions to education, but rejected him in politics.

The Sinhala State proved that the Tamil public was right in its gut feeling. One of the first acts of Colombo was closing down the Thirunelvely Teachers’ Training Institute started by the Hindu Board, while such institutions started by the Buddhists in the south flourished. The rest of the acts of Colombo against the education of Tamils were a known history.