As a direct consequence of the inhumane conditions Eezham Tamil refugees are subjected to in India, an Eezham Tamil Refugee committed suicide on the morning hours of 09th of May inside his cell in the notorious Thiruchchi (Tiruchi) special detention camp, news sources in Tamil Nadu said. The refugee had on the 06th of May been admitted to a hospital and the doctor at the hospital had urged the authorities to allow the victim, identified as Devarooban, to receive treatment as he had been found to have strong suicide tendencies. However, the officials refused and brought him back to the detention. Mr Devarooban had for a number of years been held inside the detention camp without trial or legal assistance.

In stark contrast to Tibetan refugees, Eezham Tamils are deprived of basic human rights and are collectively criminalized by the Indian authorities. Besides being economically marginalized and often stagnated with no venues for social mobility, they are also legally deprived of the right to work or hold property, the news sources further said.

The Tamil refugees are collectively rendered as informal day labourers, as many find their livelihood through informal employment with no security for the labour involved. The criminalization of the refugees has also rendered them unable to pursue their life without police harassment, extortion and they are being subjected to police surveillance. 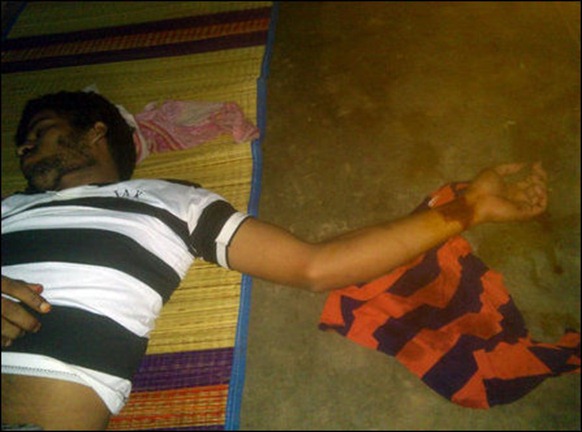 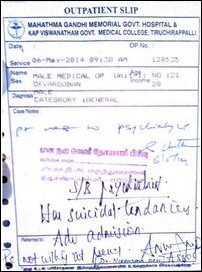 It is in addition to such deplorable conditions of existence that the Eezham Tamil refugees have to face the workings of the notorious special detention camps spread within and around the state.

Escaping the persecution and the structural genocide committed on them by the SL State and its occupation military, the Tamil refugees are unable to return back to their homeland. Many of them have been in India since the 1980s and 90’s.

The special detention camps exist only for the Eezham refugees. It facilitates the Indian authorities to arrest the refugees under false charges and imprison them indefinitely and without trial.

On numerous instances, the refugees incarcerated in these camps have undertaken hunger strikes to protest their unbearable existence. More than two-dozen refugees in the same special detention camp in Tiruchy held the most recent hunger strike earlier this year.

The Indian authorities also exercise tight control of information pertaining to the Eezham Tamil refugees, which have made public and media attention difficult. Nevertheless, they have in general been neglected.

Commenting, activists from Tamil Nadu told TamilNet that there is not enough awareness on the burning issue among the Tamil diaspora and the international, national or non-governmental organizations who, claim to represent refugee rights. It is up to the Tamil diaspora to create as all the Establishments have utterly failed in their tasks of addressing such a large refugee community, the activists further said.