“It should be noted […] that resorting to mass murder, even genocide, does not always enable counterinsurgents to win,” renowned Israeli military historian Martin van Creveld said. In an exclusive Email interview to TamilNet on Saturday, Prof. van Creveld also expressed a degree of consent to the proposition that a counterinsurgency (COIN) that secured a brutal victory over an insurgent but could not dent the political aspirations of the target population was a failure. He is also of the opinion that while a large scale ground intervention by US forces in South and South East Asian regions does not have great possibility of success, the superior ability of the US “to dominate the sea, the air, and outer space” in these regions give it a significant leverage. However, van Creveld’s comments on the imposition of peace in Sri Lanka warrant some introspection. 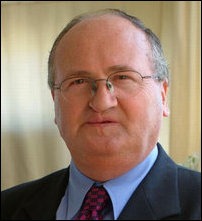 Prof. van Creveld, who stated his unfamiliarity “about the war, or about its background, or about its outcome” in the island of Sri Lanka, suggested, from a Clausewitzian perspective, that the “imposition of peace” even if it is of the kind that exists in Sri Lanka “will cause many glowing embers to be extinguished”.

However, he had also recognized from the same perspective that in a war the outcome is never “final”.

The specific case of COIN operations in Sri Lanka requires not just a study of the nature of the war or its outcome, but as van Creveld includes, also the background. The unitary Sri Lankan state’s historical policy towards the Eezham Tamil nation determined the nature of its COIN and the way in which it played out.

While there was a US-India partnership in nurturing, training and unleashing the Sri Lankan army against the Tamil resistance, the Sinhala nationalist policy could not effect its COIN operations through any other means other than genocide. The powers that aided the Sri Lankan state were fully cognizant of this.

Neither Clausewitzian concepts of ‘Absolute War’ nor ‘Real War’ are adequate to explain the Sri Lankan state’s policy towards the Tamils.

A more apt concept would be Erich Ludendorff’s idea of ‘Total War’, where the policy of the state is directed to annihilation of the enemy population as such, whether it is through direct physical elimination or through protracted genocide.

Considered one of the leading military thinkers of contemporary times, his works, especially the 1991 published “The Transformation of War”, are taken as reading material among several military academies in the West.

TamilNet: In your critically acclaimed work “The Transformation of War”, you challenge the Clausewitzian trinity (state, army, population) and posit in its place five factors. Would you say that the Clausewitzian perception of war is inadequate for contemporary world?

Van Creveld: To say that Clausewitz is no longer relevant to the contemporary world would be going much too far. Along with Sun Tzu, he remains about the only theoretician of war really worth reading. After all, the fact Greek city-states have long given up the ghost did not cause Plato’s Republic and Aristotle’s Politics to be forgotten. Similarly, any changes in the art of war that the past has brought and the future may bring will not cause the two greatest military theoreticians of all time to become irrelevant.

That said, it true that Clausewitz’s image of war as something waged by the rulers of states, with the aid of their armed forces, without too much interference from the civilian populations—what he himself, towards the end of Book I, calls the “remarkable trinity”—no longer provides an adequate description of reality. In saying that war is a social activity and that it is a chameleon, he showed himself open to the possibility that far-reaching changes would take place. Today, the vast majority of armed conflicts do not correspond to the pattern which he took more or less for granted and which underlies his discussion of everything else.

TamilNet: You have predicted that in the future, conflicts between states would decrease and those between states and non-state actors, or ‘Low Intensity Warfare’ would be on the rise. Can one then assume from this that counterinsurgency would be the greater preoccupation of states than attempts for a coherent policy of war?

Van Creveld: The answer, in many cases, is yes. It is, of course, true that “non-trinitarian” warfare, as I have called it,” is not new. In many ways it is as old as history itself. It is, however, also true that during the so-called “Westphalian Period” from 1648 to 1945 it was greatly overshadowed by “trinitarian” warfare. So much so, in fact, that the only way non-European polities, Sri Lanka included, could resist being conquered was to adopt similar forms of organization, as Japan e.g. did.

After 1945 two things happened. First, the introduction and subsequent proliferation of nuclear weapons made large-scale warfare between powerful states all but impossible. Second, non-trinitarian forms of war, based on different forms of organization, started re-asserting themselves. How and why they were able to do so is a different question for which I am not sure I, or anybody else for that matter, have a good answer. Be this is as it may, trinitarian warfare was caught in a vise. Pressure towards its abolition came from above; but it also came from below. No wonder that this kind of war, which used to dominate the planet, has become all but irrelevant—as the outcome, inter alia, of the American campaigns in Afghanistan and Iraq has shown.

TamilNet: In “The Changing Face of War”, you appear to view positively the British COIN operations in Northern Ireland. In comparison or in contrast, how do you view, in general, Israel’s operations against Palestinian rebels?

Van Creveld: Re. the Israeli operations, I’d give them a 7 on a scale ranging from 1 to 10. The Israelis are not the Americans in Afghanistan and Iraq, let alone Vietnam. They have succeeded in reducing the threat of Palestinian terrorism to the point where the country’s civilian population can live with it, more or less. They have done so, what is more, without resorting to the kind of mass murder many others modern armies, caught in similar situations, have used. The number of Palestinian killed is in the thousands, not in the tens, let alone hundreds, of thousands.

This Israeli success is due to several reasons, some of which can be found in the few pages Clausewitz devotes to the problem. First, the country is relatively small. Considerable parts of it, consisting of open desert, do not provide the kind of shelter terrorists need. Second, both the West Bank and the Gaza Strip are surrounded by Israeli territory. The former is so on four three sides, the latter on three. This makes it hard for the Palestinians to obtain weapons and training while at the same time denying them refuge. The fact that many Israelis know Arabic, and that by and large they are as familiar with the country as their enemies, also helps. So does the fact that the Jordanian and Egyptian Armies, hating the Palestinians and fearing escalation, have often cooperated with the Israel Defense Forces.

Still the Israelis have not succeeded in doing the most important thing of all: namely, breaking the will of the other side. Today even Prime Minister Netanyahu, along with the majority of Israel’s population, recognizes this fact. Judging by what the former said to Blomberg’s just a few days ago, they are getting ready to throw in the towel and evacuate at least part of the West Bank as they already have evacuated Gaza.

TamilNet: American military interventions in some conflict zones have been utter failures, as you have pointed them out earlier – Vietnam and Iraq are cases. Few others, like Libya, have had limited success. With the ‘Look East’ perspective that some American policy experts are preoccupied with currently, and with the US Pacific Command’s increased activity in South and South East Asia, do you think American military intervention in potential conflict regions there can have success?

Van Creveld: If you are speaking of large-sale intervention on the ground, then the answer is no. In cutting the size of their ground forces even as they shift resources from the Middle East to South East Asia, the Americans themselves recognize this fact. However, as I am sure you know at least as well as I do, South East Asia is a region much of which consists of islands. What counts is not large ground forces but the ability to dominate the sea, the air, and outer space. In these fields the U.S technological advantage is enormous and will almost certainly be maintained for years to come.

To return, for a moment, to Clausewitz, it is worth adding that neither he nor Sun Tzu has a word to say about war in any of the three abovementioned environments. To understand them, entirely different frameworks are needed.

TamilNet: When dealing with an insurgency that sets or has the potential to set new paradigms, there appears to be a willingness even among competing states to extend co-operation to ensure the failure of such an insurgency irrespective of human costs. Is this a significant signal in contemporary COIN?

Van Creveld: This is where Israel has done better than most. Whether because it did not have the stomach or because it worried about international pressures, it has not tried to bring about “the failure of such an insurgency irrespective of human costs.” As an Israeli, I am happy with this fact and proud of it.

It should be noted, though, that resorting to mass murder, even genocide, does not always enable counterinsurgents to win. Good examples are Vietnam, which led to the death of millions, as well as the Soviet adventure in Afghanistan. As to Syria, the jury is still out.

TamilNet: Some theorists claim that in its war on the Tamil Tigers, Sri Lanka flouted all rules of classical COIN theories and still won. The ‘Sri Lanka model’ has elicited deep interest from military minds in the West with some, like your contemporary David Kilcullen, expressing their admiration for it. However, the ‘Sri Lanka model’ has been condemned as genocide by others, like the legal experts who presided over the Bremen-Permanent People’s Tribunal in 2013. Do you find this trend of support in Western military quarters for particularly brutal models of COIN that are practiced by authoritarian regimes disturbing?

Van Creveld: I understand your interest in this question. However, I’d rather skip it since I do not know enough either about the war, or about its background, or about its outcome.

TamilNet: Finally, if a COIN operation "wins" against an insurgent organization by means that include genocide, but does not manage to dent the political aspirations of the target population, isn’t such a "victory" a failure?

Van Creveld: Perhaps it is. As Clausewitz says, in war the outcome is never “final.” As he also says, though, the imposition of peace—even a peace of the kind that, to my understanding, now reigns in Sri Lanka—will cause many glowing embers to be extinguished.