There is ample discussion in the international media re the conviction of former Liberian president Charles Taylor for war crimes, not to need additional comment from me except how the matter stands in relation to ‘alleged war crimes and crimes against humanity in Sri Lanka’ (‘A-WC’ for short hereafter). This is the first such conviction of a head of state or former head of state at an international tribunal, though large numbers of Taylor’s military associates have been convicted in Liberia and Sierra Leone. Milosevic died during his trial, Gaddafi was killed by his captors, Laurent Gbagbo is awaiting trial, and Sudan’s al-Bashir is running wild and free. Syria’s Assad and the Burmese gorillas have still to be brought to trial, but have no fear, they will one day; the mills of god grind slowly, but they grind exceedingly fine.

The first lesson of the Taylor trial is the meticulous precision of the process of prosecution and the exactitude with which judgement was delivered. The proceedings took nearly 420 days and involved 115 witnesses, there were 50,000 pages of evidence to be weighed, and there were eleven counts including rape, sexual slavery, enslavement and pillage, none of which relate to possible charges against the LTTE or the Government of Sri Lanka. Other counts such as terrorism, child conscription, murder, violence to life and health, inhuman acts and outrages to personal dignity, are potential grounds of indictment against one, or the other, or both sides in A-WC. Taylor was charged with inciting, planning, executing (command and control) and aiding and abetting these crimes. The Trial Chamber was meticulous in its judgement; it determined that he was not guilty of inciting, planning or command and control – he was president of Liberia, the criminals were his allies in Sierra Leone. The judges held that the prosecution had failed to establish that he had effective command and control. However he was found guilty of aiding and abetting because he participated in planning, supplied arms and logistics, and gave moral support to the killers in Sierra Leone’s Revolutionary United Front and Armed Forces Revolutionary Council. 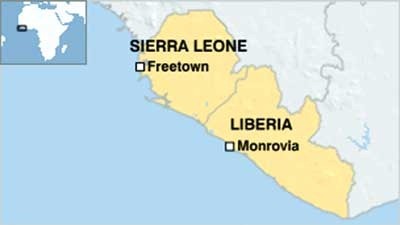 This crucial two-country scenario makes this case distinct from alleged war crimes settings in say, Libya, Syria, Sudan before partition, and Sri Lanka. If at all, a parallel can be drawn only with the alleged involvement of the Delhi government in A-WC.

In Libya, Sudan, Syria, and both LTTE and GoSL, political leaders held direct command and control responsibility over their forces, and if war crimes were committed, it would be impossible for political leaders to evade responsibility by asserting they were not accountable for actions of field commanders. Indeed, the present army commander and the previous one, Sarath Fonseka have carefully covered their backs with claims that their bosses were well informed, and even provided copious encouragement.

My references to the LTTE may seem spurious since the leaders are dead; not so, some are alive in the diaspora, and Karuna, Pillayan and KP at home. Investigation must include all persons. There is also the historical issue of pinning moral responsibility, posthumously, on Prabaharan, et al., in Tamil eyes. Sinhala propaganda carries no weight among Tamils but a genuine process will carry moral finality; the Darusman Report started it off but has to be followed by formal international investigation. Large numbers, if not the majority of Tamils, have divided sentiments regarding LTTE responsibility for A-WC. The Rajapaksas or the Sinhalese saying so carries no conviction in their eyes. A genuine international inquiry whose terms of reference stretch over both sides will be conclusive. This is where the Taylor trial matters, though nutcases may deprecate it as imperialism or white man’s imposition, (two of the four judges did not look white to me in any case), justice has been done in a transparent environment.

“When the hurly-burley’s done; when the battle’s lost and won.” The war that was won three years ago has been lost on the battlefield of racial intolerance and religious bigotry. I do not tire of reminding my readers that I warned during the war that if the LTTE was obliterated before the “Tamil question” was solved, then it would be curtains for the Tamils; they would get bu_ger-all for another generation. (This did not take account of international interventions). The asses who polysyllabically argued the contrary have now joined the diplomatic service or mutated from respected to ridiculed editors of Sinhala weeklies.

Inferiority complex prone nationalists first drove the colourful Burgher community off to Australia, then raped and pillaged Tamils into paroxysms of fear, and now they have gone after the Muslims. The Catholics will be next; bishops who dumped their conscience to get cosy with the regime will find themselves discarded when bigots in saffron come surging in. Government party Muslim and SLMC politicos are learning this lesson in Dumbulla, now.

The government won the war and lost (not ‘is losing’) the peace thanks to the forces it let loose to win the war. Regimes that unleash racial and religious bigotry to serve their purposes, cannot, yes cannot, and this is as certain as night follows day, control the demons afterwards. New religious conflicts are not limited to Dambulla; reports speak of kovil conflicts in Trincomalee and attacks on a mosque in Kattankudy. Statues of Gandhi, Baden Powell, Vivekananda, Vipulananda and poet Periyathambypilai were decapitated in Batticaloa a fortnight ago. An eighteen foot ladder is needed to reach the head of the Gandhi statue. The finger of suspicion points unerringly at a compact between sections of the security forces and clandestine racist organizations.

Charles Taylor aided and abetted evil forces that assumed a life of their own. He looked the other way when his collaborators cut off limbs, drove stakes through bodies, raped and pillaged. Those in governmental power bear responsibility for what their allies do with their aid. Prime Minister Jayaratne has come out openly and spoken in support of mosque demolition. The Rajapaksas will never take a stand against Sinhala-Buddhist racial and religious bigotry because they are complicit. Violation of basic human rights is in progress right here and now before our eyes; the trials will come some day, later.