The role of the individual in history has been much debated. Did Napoleon’s presence at Jena and Austerlitz change the course of European history? Sans Lenin, would Red October have failed? Has Mahinda Rajapaksa’s handling of religious intolerance and in particular the Dambulla mosque incident and its aftermath exposed a president congenitally incapable of leadership? The debates go on till late at night.

The anti-Tamil or if you prefer a narrower canvas anti-LTTE race war had certain particular dimensions from the Sinhalese perspective; the Sinhalese suffered asphyxiating fear for years, the LTTE used terrorism (so did the state), and fear of secession drove the community to apoplexy. I have no intention of attempting to summarize the national question in one sentence; what I am emphasizing is that there is no such dread and panic to justify current religious intolerance. Catholics are not about to annexe Negombo to the Vatican, nor are Muslims secretly plotting to circumcise all newborn males. Jealousy, bigotry and prejudices that rot our body politic are in the realm of political pathology.

To put it in the crassest terms that even Gotabaya can follow; there is no national security justification for the rising tide of anti-Muslim and anti-Christian hysteria. (Maybe I spoke too soon; the military which sees Tigers coiled in every Vanni bush, may soon acquire goggles that show jahaddits in biriyani and wattalapam). The religious question is not like the national question; civil war, terrorism or separatism; it is a pure faith-war whose protagonists are believers in one God, another God, or no god at all. My Marxist soul cries out “Oh god!” but exclamations aside, I really want to drive home a point. There is no damnable reason for Mahinda Rajapaksa, his government, his prime Minister, and the Dead Left to pussyfoot around giving impunity to drum beating religious bigots. 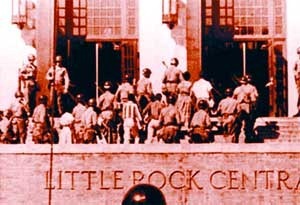 The government nurtured a viper and encouraged racial extremists in its bosom that it is now unable to control. The extremist JHU has spoken in support of demolition of the mosque. But to my mind, all this is superficial stuff; there is a deeper phenomenon and it is this that is deadly. This is a version of Sinhala-Buddhist ideology that has impregnated society and claims that Lanka is the land of the Sinhalese and the pristine home of Buddhism. Other races and faiths must recognize they live in a borrowed place on sufferance of good behaviour. Call this Mahavamsa consciousness. The politicization of Buddhism as the state religion, constitutional entrenchment of Sinhala, and ethnic monopolization of state and the armed forces, is the other side, the state side of this picture.

Rajapakss’s mute countenance on his return from Korea is because he recognizes the depth of Mahavamsa sentiment as the ideology on which his political project is founded. He is terrified to call it to order; he will not dare, and the monks know it. This to my mind is what makes the religious imbroglio in Sri Lanka, even if defused for now, a slow burning fuse with timeless explosive potential.

The regime is beholden to the Muslim governments of the Middle East which to a man voted on its side in Geneva at the UNHRC in March. Tens of thousands of our ladies are domestic helpers in the Middle East and remit monies without which Cabraal will be up the gum tree, and the tea trade, and Iranian oil, and the list is long. Notwithstanding all this Rajapaksa is incapable of saying boo to the Mahavamsa goose; a textbook example of the individual failing as an instrument of history.

Now is just when a president must stand firm and tell religious rioters to go to hell; but our man cannot! Eisenhower sent the 101st Airborne to Little Rock in 1957 to enforce desegregation; Gandhi’s fast was a one-man army that stopped the slaughter in Calcutta (Bengali poet Sudhindranatha Datta said “The only miracle I have ever seen”). He turned his back on Delhi and the glittering lights of Independence Day and stayed in Calcutta to end the violence. But our man? Our man has not the moral stature; he prefers the pomp and pageantry of Galle Face Brown parades to commiserating with the misery of his citizens in the Vanni. There are moments in history when individuals matter, and long periods when they do not. Let us reflect on this.

The can and the cannot

I think whatever stratagems Obama tried, whatever efforts he made, he would not have succeeded in carrying ‘the public option’ into his healthcare legislation, or in closing the Guantanamo detention centre. The Democrats had majorities in both houses of Congress – still these were not doable. The power and influence of insurance and medical special interests could not be overcome; regarding Guantanamo, in no state would the public permit the relocation of the facility. That was the end of both initiatives. Be realistic, recognize a stone-wall when you hit it, these are ‘cannot cases.’

Would glorious victories have been won at Jena and Austerlitz without Napoleon? Would the October Revolution have failed if a brick from high killed Lenin in September? War and revolution would have taken place, that’s for sure, but would it have been victory or defeat? The answers cannot but reflect the historian’s subjectivity. I think that even without Napoleon the transformation of Europe would have been carried forward on the bayonets of some version of the Grand Army. All the powers of old Europe conspired to crush the new order released by 1789. The Revolution had no option but to take its message forward, overthrowing old Europe. The genius of Napoleon helped, but one way or the other, some battles won, some lost; change was certain. Through victories and defeats, the final reordering of the bourgeois world in line with the values of the Enlightenment was eventually finished after the Second World War. Is 156 years too long a wait to transform the world? Well, it depends.

In the case of Red October my hunch is different. Without Lenin, his tireless education of the masses and without the machine he built, the revolution would have been snuffed out in months or a few years. Of course there would have been a revolution; nothing could have prevented an uprising against Tsarism; the point is its fate on the morrow. The role of the individual was a rarer singularity than in the previous example.

So where does this leave us in an evaluation of the historical role of Mahinda Rajapaksa?