Marking the day the diamond jubilee celebrating Queen of England dining with Mahinda Rajapaksa, the president of the genocidal State of Sri Lanka, Eezham Tamils gagged in the island chose to symbolically burn the unitary constitutions of British legacy in Ceylon, starting from 1833, and the republican constitutions of 1972 and 1978 of Sri Lanka, at a British colonial cemetery in Nalloor, the last capital of the Tamil Kingdom of Jaffna. A group of students arriving in vehicles symbolically laid the 7 unitary constitutions in the form of placards at the St. John’s cemetery in Jaffna, and after placing a wreath, burnt them on Wednesday. As attack and intimidation by the occupying military have silenced the activities of the Jaffna University Students’ Union, another set of students outside of the university carried out the protest even under the gagged circumstances, sources in Jaffna said. 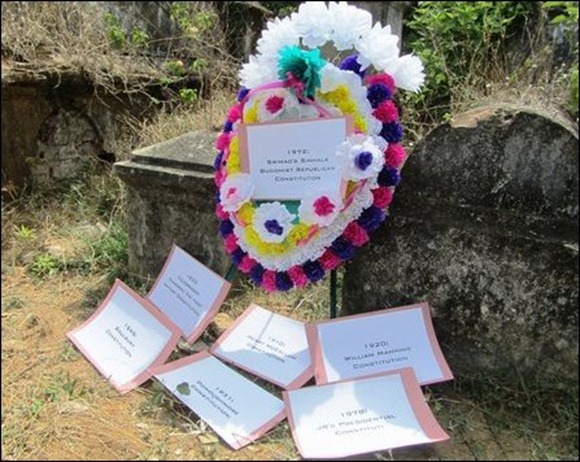 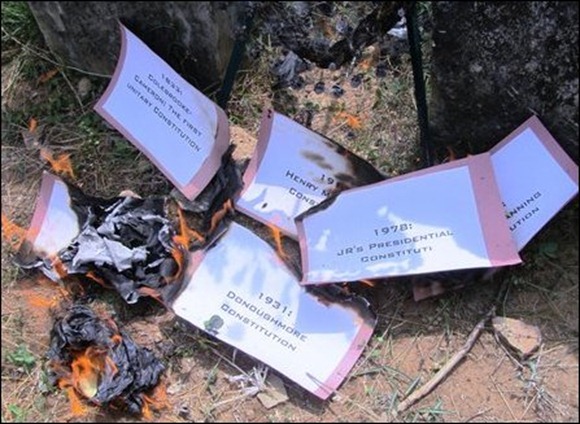 Student representatives anonymously told media that they wished to send the message to the international community and even under conditions of death threats, wished to extend support at least symbolically to their kith and kin spontaneously demonstrating in London and elsewhere against the insult added to injury by the British regime inviting genocidal Rajapaksa to dine with the Queen on a historic occasion.

The British colonial cemetery was chosen for the protest with full consciousness, they said, as now the so-called international community and India only wish to continue the British colonial legacy in protecting Colombo-centric, unitary, Sinhala state in the island.

The act of the youth is of great significance when legacy-continuing leadership of Eezham Tamils in the island, leadership claimants in the diaspora and main leaders in Tamil Nadu keep quiet or play stooges to the designs of the so-called international community and India, political observers in the island pointed out. 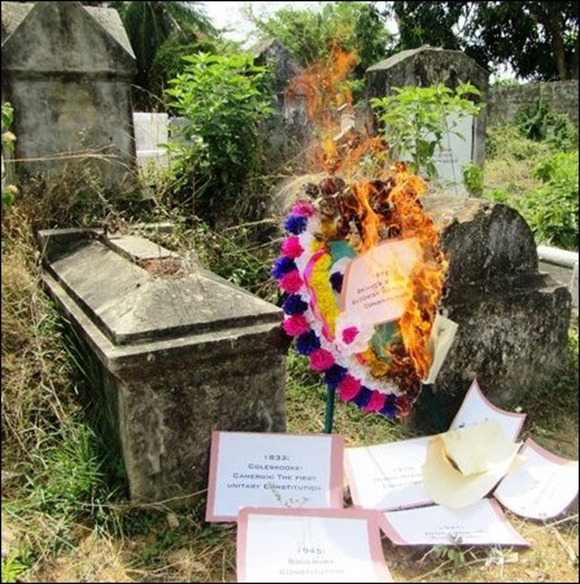