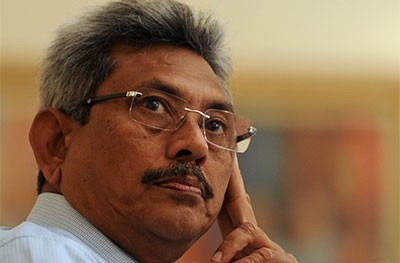 The Committee to Protect Journalists (CPJ) and Article 19 called on the international community to address the threat and raise their concerns with the government.

The Committee to Protect Journalists:

As far as Frederica Jansz is concerned, “The Sri Lankan media have been completely cowed into submission by this regime with the exception of The Sunday Leader. It is Mahinda Rajapaksa’s biggest success story next to winning the war.”

CPJ said Jansz is the Leader’s editor who, over the weekend, had the temerity to call up the president’s brother, Defense Secretary Gotabaya Rajapaksa, and ask him “to clarify and find out if he was aware that the management at Sri Lankan Airlines had taken a decision to change a wide bodied A340 scheduled to fly to Zurich on Friday July 13, to a smaller A330. The change was to be made so that a Sri Lankan Airline pilot, who is dating a niece of President Mahinda Rajapaksa, could personally fly the aircraft that would carry a ‘puppy dog’ for Defense Secretary Gotabaya Rajapaksa from  Zurich,” to quote the Leader’s lead.

The question apparently did not go down well with the defense secretary. Jansz reported his lengthy, abusive response fully in the Leader, and you can read it at “Gota Goes Berserk.” Beware: It’s a verbatim account filled with the obscenities Jansz says the minister heaped on her. (CPJ emailed and called the defense ministry seeking Rajapaksa’s side of the story; the email went unanswered. On the phone, after I identified myself to someone and asked to speak to the minister, that someone hung up. Subsequent calls went unanswered).

This is more than a juicy story of a government official behaving badly. It is a first-hand account of something that many Sri Lankan journalists speak of privately, but few make public out of fear of retribution. CPJ research shows that threats–some delivered over the phone, some by text, some by word of mouth, some by firebomb or claymore mine, others by gangs of thugs wielding pipes and clubs–are a fact of life for many Sri Lankan journalists.

CPJ first wrote about Gotabaya Rajapaksa in 2007 (see “Government moves to re-enact criminal defamation law”). In May 2009, he ordered a Channel Four team deported back to Britain. “Gotabaya Rajapaksa is the second most powerful man in Sri Lanka, next to the president. He enjoys complete immunity coupled with the trappings of power equivalent to holding executive office,” Jansz told CPJ.

In January of this year, Sonali Samarasinghe, the widow of slain Leader editor Lasantha Wickramatunga, mentioned him in her statement marking the third anniversary of her husband’s death, “Sri Lanka’s democratic institutions have metastasized into something dangerous”–a headline which, for me, captures succinctly the state of Sri Lanka. Samarasinghe suggested Gotabaya Rajapaksa is part of the larger problem behind the “murders, abductions and assaults [that] are not random acts or accidental killings. These are acts of violence that have become emblematic of the current leadership, the erosion of society, and the impunity with which the regime now operates.”

In that statement, Samarasinghe called on the international community “to urge Sri Lanka’s government to hold a proper independent investigation into Lasantha’s murder.” CPJ has repeated that call many times in the cases of many other threats, attacks, arsons, and beatings directed at journalists and media organizations. After years of denials and legal obstruction, we have come not to expect action from the Sri Lankan government, but we try to get external peers–diplomats and the United Nations, mainly–to engage the government in a way that brings some sort of relief to the media community.

Jansz inherited the Leader’s editorial position after Wickramatunga was killed by eight men on four motorcycles during morning rush hour on a busy Colombo road a few hundred yards from a military checkpoint. Despite interminable hearings, no prosecution has ever been launched in the case.  (CPJ’s 2009 investigation of that murder can be found at “Failure to Investigate.”) In her email communication with CPJ Monday, Jansz said “I fully expect some repercussion following yesterday’s publication, but in what form remains to be seen.”

CPJ is in touch with several diplomatic missions in Colombo. They should step into this situation before it gets worse.

ARTICLE 19 is very concerned for the safety of Sri Lankan journalist, Frederica Jansz, who has been threatened with death by the country’s defence secretary, Gotabaya Rajapaksa.

“The threat against journalist Frederica Jansz is the latest demonstration of the Sri Lankan government’s systematic attacks against independent and opposition-supporting journalists and media houses. They have showered scorn on journalists and shown a complete inability or unwillingness to prosecute perpetrators of violence toward and the killing of journalists,” said Dr Agnes Callamard, ARTICLE 19 executive director.

“We urge the authorities to keep Frederica Jansz safe. We also urge embassies in Sri Lanka to raise her case with the government.”

Frederica Jansz works for Sri Lankan daily newspaper, The Sunday Leader, and was conducting a phone interview with Rajapaksa, who is also the brother of the president.

According to The Sunday Leader, Rajapaksa told Jansz during the interview: “You pig that eats shit! You shit shit dirty fucking journalist! [ . . . ] People will kill you! People hate you! They will kill you!”

The Sunday Leader and its journalists face regular attack. The newspaper’s editor, Lasantha Wickramatunge, was assassinated on his way to work on 8 January 2009. Nobody has ever been prosecuted for the crime.

Censorship and violence has recently increased against online sources of information and their authors. On 29 June, eight journalists and an assistant were arrested after the Sri Lankan police raided the offices of two news websites, srilankamirror.com and srilankaxnews.com.