Arguing that systematic abuse of Tamil women, especially ex-LTTE women cadres, by the Sri Lankan state’s forces “must be viewed as the convergence of state power, colonialism, sexism, racism, classism and imperialism”, Kimalee Philip, a Canada based feminist hailing from Grenada, contends in a commentary sent to TamilNet that rape of Tamil women constitutes a significant attack on the collective psyche of Tamil women and the Eezham Tamil people as such. Ms Philip, who was responding to the recently published TamilNet analytical feature on the genocide-intended sexual violence inflicted on ex-LTTE women cadres by Sri Lankan military and police, further argues that the Sri Lankan state condones and commands the continued dehumanization of Tamil bodies, minds and communities so as to deter Tamil women asserting their agency and freedom.

Kimalee Philip is an anti-racist, decolonial feminist and educator from Grenada currently based in Toronto. She organizes with the Network for Pan-African Solidarity and is currently working on a documentary on the Grenada Revolution.

The full text of her commentary sent to TamilNet follows:

In the name of state dominance and empire, Tamil women, in particular, ex-Liberation Tamil Tigers of Eelam (LTTE) cadres are being systemically raped as their bodies and very existence represent a threat to the Sri Lankan state- a state that simultaneously renders visible and invisible the Tamil people. 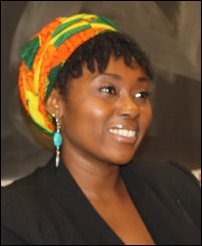 In the summer of 2010, the author was fortunate to attend the International Women’s Conference in Montreal, Canada. The salient connections of rape, torture, oppression and continued marginalization of women was very much present despite the diverse presence of women.

At the same time, this conference seemed to also represent a unifying and growing resistance among women from multiple geopolitical spaces and colonial locations.

Significantly enough, at the time of the conference, the Canadian government decided to imprison Tamil migrants who had arrived on the MV Sun Sea. Of the 492 Tamil refugee claimants who arrived in August 2010 on the MV Sun Sea, a majority were detained by Canadian immigration authorities.

As of May 30, 2011, the Immigration and Refugee Board (IRB) had ordered the deportation of four of the Sun Sea migrants, on the grounds that they were members of the LTTE.

Unfortunately many of the responses from the general Canadian public were that ‘these people’ were disrespectfully trying to ‘jump the cue’ and that like every other law-abiding good immigrant, they should follow the immigration process as set out by the government.

There was a significantly large women Tamil delegation present at the Women’s Conference who were trying to solicit broader support for the Tamil refugees on the MV Sun Sea but to also create awareness around the living conditions of Tamil people on the island of Sri Lanka.

Like the violence experienced by women in the Congo, the ongoing violence inflicted upon the Tamil people particularly the women ex-LTTE cadres must be viewed as the convergence of state power, colonialism, sexism, racism, classism and imperialism.

The Tamil women participating in forms of resistance represents agency and freedom that puts into question the validity and power of the Sri Lankan state therefore, through sexual violence, the state condones and commands the continued dehumanization of their bodies, minds and communities.

The Sri Lankan military is an arm of the state that actualizes state violence through the ongoing harassment of the Tamil people.

As the Tamil people continue to fight for sovereignty and independence, their resilient attempts for a national identity continues to fuel the anger that feeds the Sri Lankan state machine.

The process of elimination includes but is not limited to, the denial of land ownership and control, the denial of Tamil identity that is sovereign and that has political power, the killing off of Tamil people and the systemic raping and miscegenation of Tamil women which represents a significant attack on the psyche of Tamil women and ultimately their communities.

According to UN Women (UNIFEM at the time), 80% of the Tamil refugees in Sri Lanka are women and children. In the year 2008, the South Asian Human Rights Index placed Sri Lanka as the number one human rights violator and the number 3 violator of women’s human rights in the world.

Tamil women continue to be victims of forced pregnancies, sterilizations, torture, rape, disappearances and murder compounded by growing levels of poverty and limited access to food, water and medicine.

The call cannot primarily be one of relief, rehabilitation and reconciliation but rather to hold the Sri Lankan government accountable for its ongoing oppression of the Tamil people and the systemic violation of women’s rights as rape continues to be used as a weapon of war on the battlefield that is women’s bodies.