Two naturalized Canadian citizens of Eezham Tamil origin, Suresh Sriskandarajah and Piratheepan Nadarajah, plead not guilty to charges on providing material assistance to the now defunct Liberation Tigers when both were arraigned Thursday last week in the District Court of the Eastern District of New York (EDNY), after a six year battle in Canada fighting extradition, legal sources in New York said. The defendants lost a constitutional challenge in the Canadian Supreme Court when the Court ruled that Canada’s terrorism laws did not infringe on the defendants constitutional rights and that the Canadian Justice Minister’s order to surrender the defendants to the United States was legal.

According to New York Times, Loretta E. Lynch, the United States attorney in Brooklyn, said the defendants “were part of the cycle of sophisticated arms and large sums of money that fueled” the Tamil Tigers, an organization that authorities said had used suicide bombings and political assassinations. 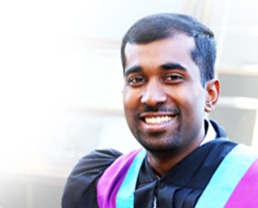 The paper mentioned that Nadarajah engaged in negotiations in 2006 with an undercover FBI agent to buy missiles for the Tigers, and that Sriskandarajah was "researching and acquiring" warship design software for the Tigers.

While this is the last remaining case in the U.S.’s decade long pursuit of LTTE activists, legal sources in New York noted that the EDNY court has been singularly active in demonstrating its deeper understanding of the context of the "terrorism" as applied to Sri Lanka. EDNY Judges have recent decisions have given lighter sentences [Kandasamy Karunakaran and Ramanan Mylvaganam ~4 years of time served] unless the crimes triggered harsher sentences mandated by the sentencing guidelines. Legal sources point out the following Judge Dreary’s statements during the sentencing in a previous case as evidence of the Court’s stand on Sri Lanka:

"…we have to pull back that sort of emblazoned banner of terrorism and look at the case specifically and the defendant particularly and that’s where the decision-making process gets so difficult. You know, part of preparing I reread John Anderson’s article in the New Yorker back over a year ago, and a thought that occurred to me is it is so unfortunate that apparently the international community seems either unwilling or incapable of objective fact finding on the issue applied to the Tamils and what has happened in Sri Lanka.

"…it’s clear from all accounts that this civil war involved brutalities on both sides. Now that we have been so, in a relative sense, intimately involved in this struggle, it really does cry out for some independent reliable voice to tell the full story. It is also somewhat disappointing, apparently. I don’t mean to get into the politics of this. This Colombo government doesn’t seem willing to give ground in terms of the Tamil community, and although the war is over, the conflict continues. That’s disappointing. I don’t think it is humanitarians versus terrorists.

Joshua L. Dratel, the lawyer representing Sriskandarajah said [NYT]: “He’s gone through this process for six years; this is another chapter that we’ll have to overcome.”

Sriskandarajah has a record of excellence in his academic work and has completed his MBA degree with leadership awards, his college and high school records show. He was studying law at the University of Ottawa when he was extradited.

Supreme Court of Canada had earlier held that "extradition does not violate the right of citizens to remain in Canada under s. 6(1) of the Charter, even when the foreign state’s claim of jurisdiction is weak or when prosecution in Canada is feasible."

The court added that the extradition "fulfills the needs of an effective criminal justice system. The decision to extradite is a complex matter, involving numerous factual, geopolitical, diplomatic and financial considerations. The Minister of Justice has superior expertise in this regard, and his discretion is not conclusively bound by any of the Cotroni factors. The ability of Canada to prosecute the offences remains but one factor in the inquiry; nor is the strength of the foreign jurisdiction’s claim to prosecute always determinative."

An Australian Court, in a precedent setting decision in September last year, ruled that the similar offenses charged by the U.S. were "political offenses," and barred the Australian Attorney General from agreeing to surrender the defendant to the US.