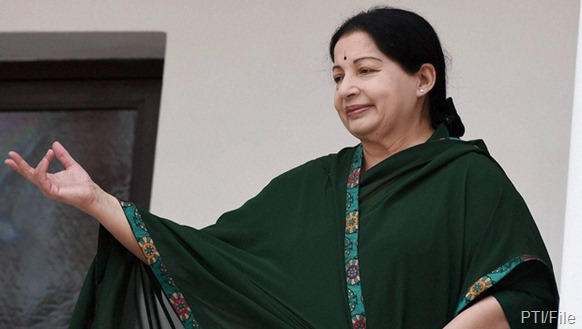 COLOMBO: Sri Lanka’s main Tamil party has sought an early meeting with Tamil Nadu chief minister J Jayalalithaa to discuss the role she can play to find an acceptable political solution to the minority community’s problems.

In a letter dated May 27, which was released to the media today, Tamil National Alliance (TNA) leader R Sampanthan said they had written to India’s new Prime Minister Narendra Modi few days ago and thanked the Tamil Nadu Chief Minister for her continued concern shown towards the resolution of the Tamil question in Sri Lanka.

He said the TNA looks forward to working closely with her to further strengthen ties.

The TNA leader has also requested the Tamil Nadu Chief Minister an early opportunity to meet with her to discuss the role she can play to ensure than an honourable peace based on justice and equality can be brought about in Sri Lanka, the Nation reported.

"We are thankful to you for the continuing concern you have shown towards the resolution of the Tamil question in Sri Lanka and we look forward to working closely with you and your government to further strengthen our ties. The Tamil People in Sri Lanka do not desire a recurrence of violence," Sampanthan said.

The TNA’s letter had alleged the Sri Lankan government did not honour several commitments to India as well as international community and it was also changing the ethnic, linguistic and cultural identities of the North and East provinces and lack of a genuine commitment solving the issue.

"Such actions of the Sri Lankan government undermine  all efforts towards reconciliation, permanent peace and harmony, create an environment that promotes hostility and further cause irreparable and irreversible damage to the Tamil speaking peoples in the territories historically inhabited by them," Sampanthan said.